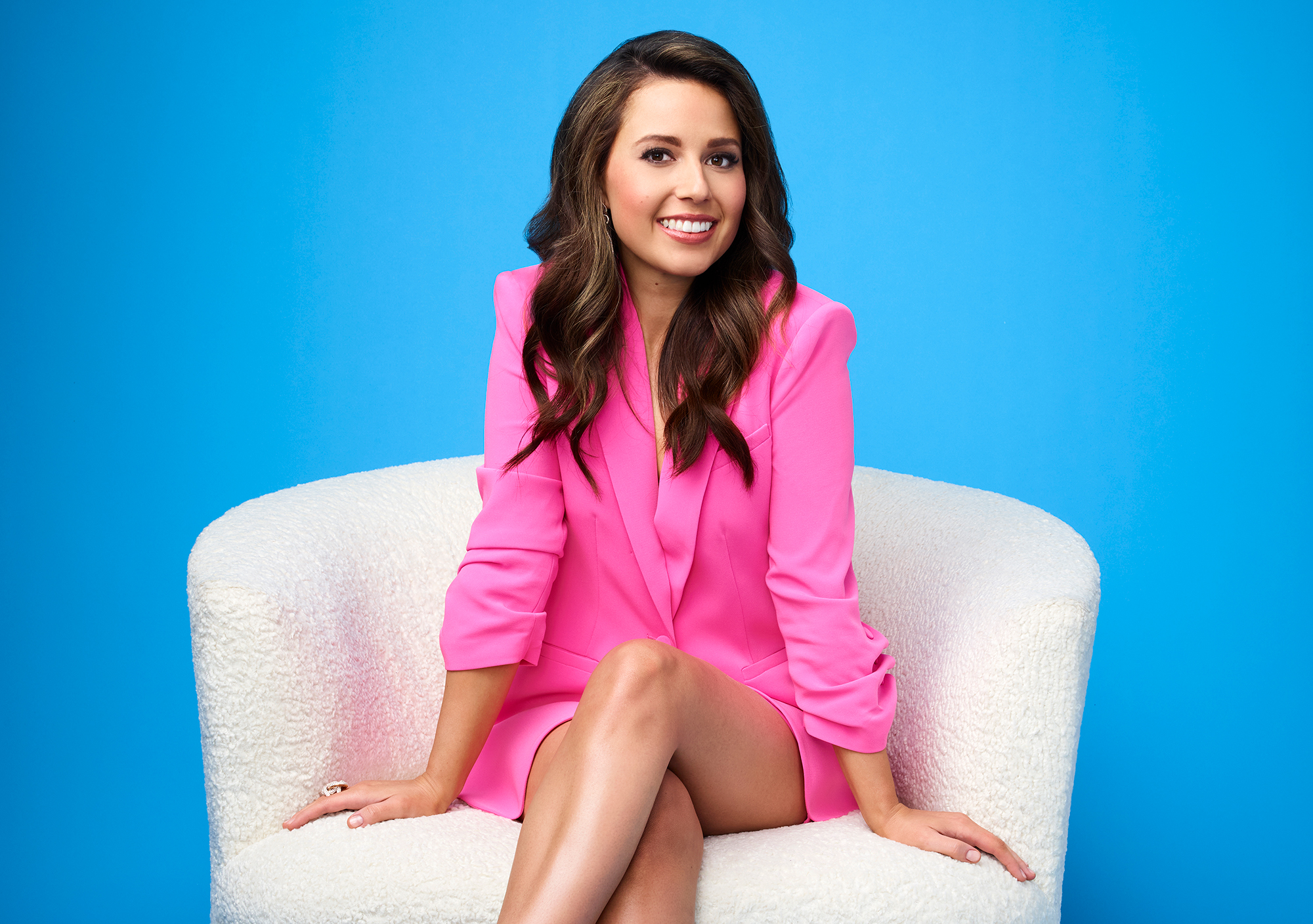 Regrets? Former Bachelorette Katie Thurston has a few — including her recent “12 Days of Messy” challenge, which was meant as a loving gesture toward her new boyfriend, John Hersey, not a diss against her ex-fiancé, Blake Moynes.

Last month, Thurston, 30, reminisced about the contestants on her season of The Bachelorette, which aired earlier this year, by assigning each of them a song off of Taylor Swift’s new album, Red (Taylor’s Version).

The Bachelor season 25 alum kicked things off on November 11 by dedicating “We Are Never Getting Back Together” to Moynes, 31, before poking fun at her other former suitors including Aaron Clancy, James Bonsall and Mike Planeta.

She celebrated the final day of the challenge by teasing a new romance with former contestant Hersey, 27, who she had sent home during week two of her season, which started filming in March.

However, in a Thursday, December 16, Instagram Live video via Hersey’s account, Thurston said that she regretted her decision to put the list out into the world knowing how much backlash it received.

“If I could go back in time and not do the ‘12 Days of Messy,’ I would not, to be honest,” the Washington native said.

After talking to former Bachelorette Becca Kufrin who unfollowed her after she threw shade at her boyfriend, Thomas Jacobs, she learned a lot about how people perceived what she thought was a harmless joke.

“What I’m learning is, I can view things in my way … like light and funny [but] there’s everyone’s own personal experience,” she said via Instagram Live.

The most disappointing response Thurston got from the “12 Days of Messy” video though was from those who couldn’t believe she was dating Hersey.

Katie and Blake Spent Weeks Apart Before Split: Signs It Was Over

“What I didn’t like was the amount of people who thought there was no way John and I could have a connection,” the TV personality explained. “That John is so friend zoned.”

“I loved that,” Hersey chimed in as he sat next to her during the Instagram Live. “That was so hilarious.”

Thurston, however, didn’t see the humor in it, telling her followers that her intention was “to really show that, like, to me, John is my world. John is handsome, John’s romantic, John is everything. I wanted to make a big grand gesture to show that.”

The reality TV star was criticized for moving on so quickly after ending her engagement with Moynes in October — but Thurston doesn’t think that’s fair.

“Look, [John and I] talked about that. We talked about giving Blake a heads up,” she explained on Thursday. “But here’s the thing that I think people forget … we’re just normal people trying to live normal lives. When have you ever had to tell an ex that you’re seeing someone new? And how would you tell them that?”

Thurston wonders whether she would have received less online hate if she had told Moynes — but it was never her intention to hurt her former fiancé. 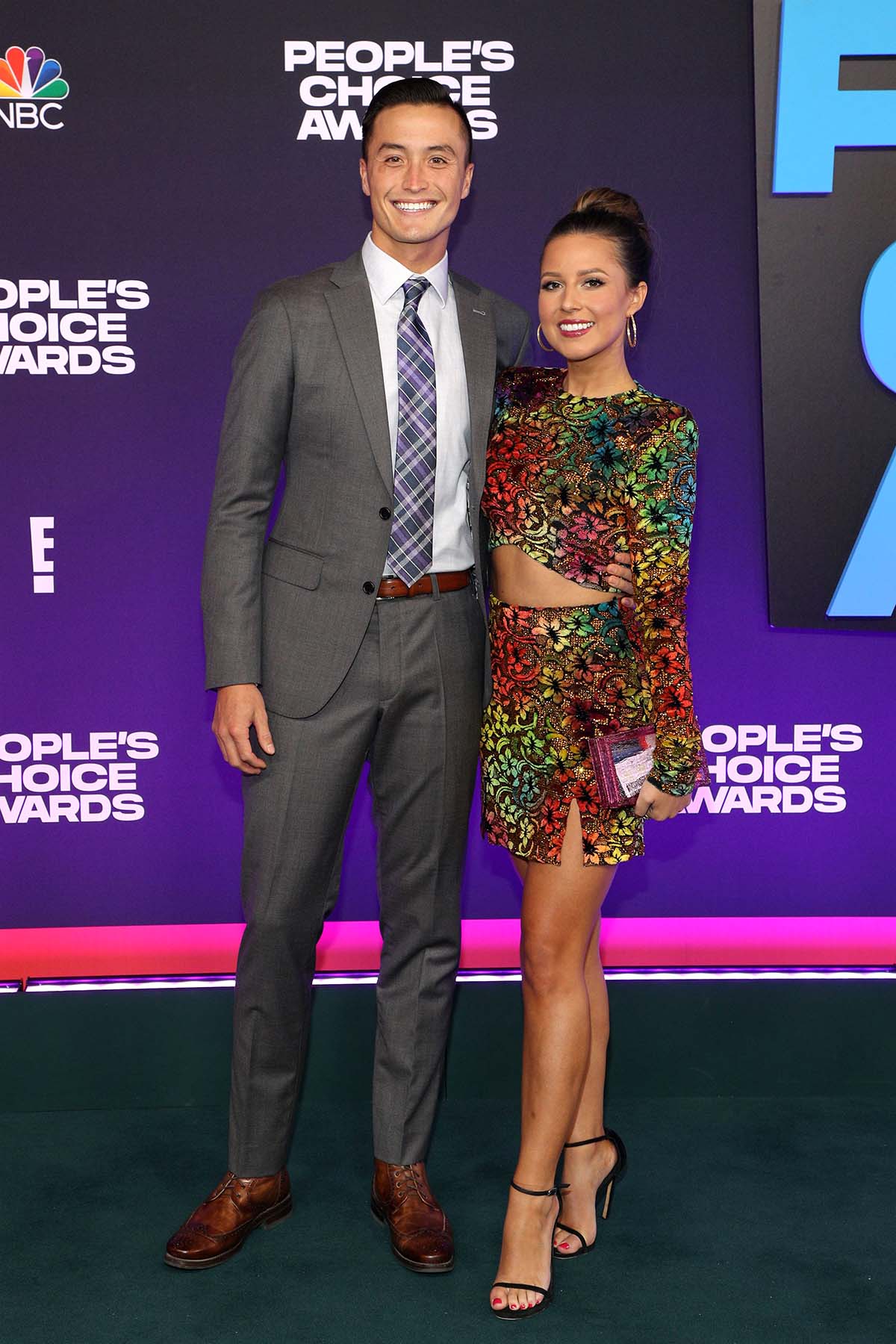 “All I know is, in the moment [I did the ‘12 Days of Messy’] I was, and am still, the happiest I’ve been,” Thurston said. “I wanted to make a big grand statement about where I’m at and who I’m with. That’s all I can do is live my truth, live my happiness and, you know, people who want to be there and support us, great. If you don’t, that’s fine, too.”

At the People’s Choice Awards on December 7, Thurston exclusively told Us Weekly that she was in the “honeymoon phase” with Hersey.

Bachelor Nation Couples Who Have Split in 2021

“We’re good, really,” she said of the status of her relationship with the 27-year-old bartender. “It’s very easy to just enjoy and live my life — and that’s kind of what we’re doing. We’re not holding back for anybody.”

For his part, Moynes has hinted that he’s ready to start dating again — but isn’t all that interested in a certain red flower.

“Hey, I’m alllll for people coming to say hi!” he wrote via Instagram on Tuesday, December 14. “But let’s leave the roses out of it – those things just stress me out now lolll 🥀.”