While Bachelorette viewers watched Tayshia Adams confirm her split from Zac Clark at the Men Tell All earlier this month, cohost Kaitlyn Bristowe was one of the only people with a behind-the-scenes look at how she was coping.

“Tayshia, that day, was beside herself. I’m so proud of her for being so professional and being able to show up and put a smile on her face and do a great job hosting while going through it,” the 36-year-old mirrorball winner said on Us Weekly’s “Here for the Right Reasons” podcast while promoting the Dancing With the Stars tour. “I know she was just really struggling that day because the news had broke, and she was really upset.” 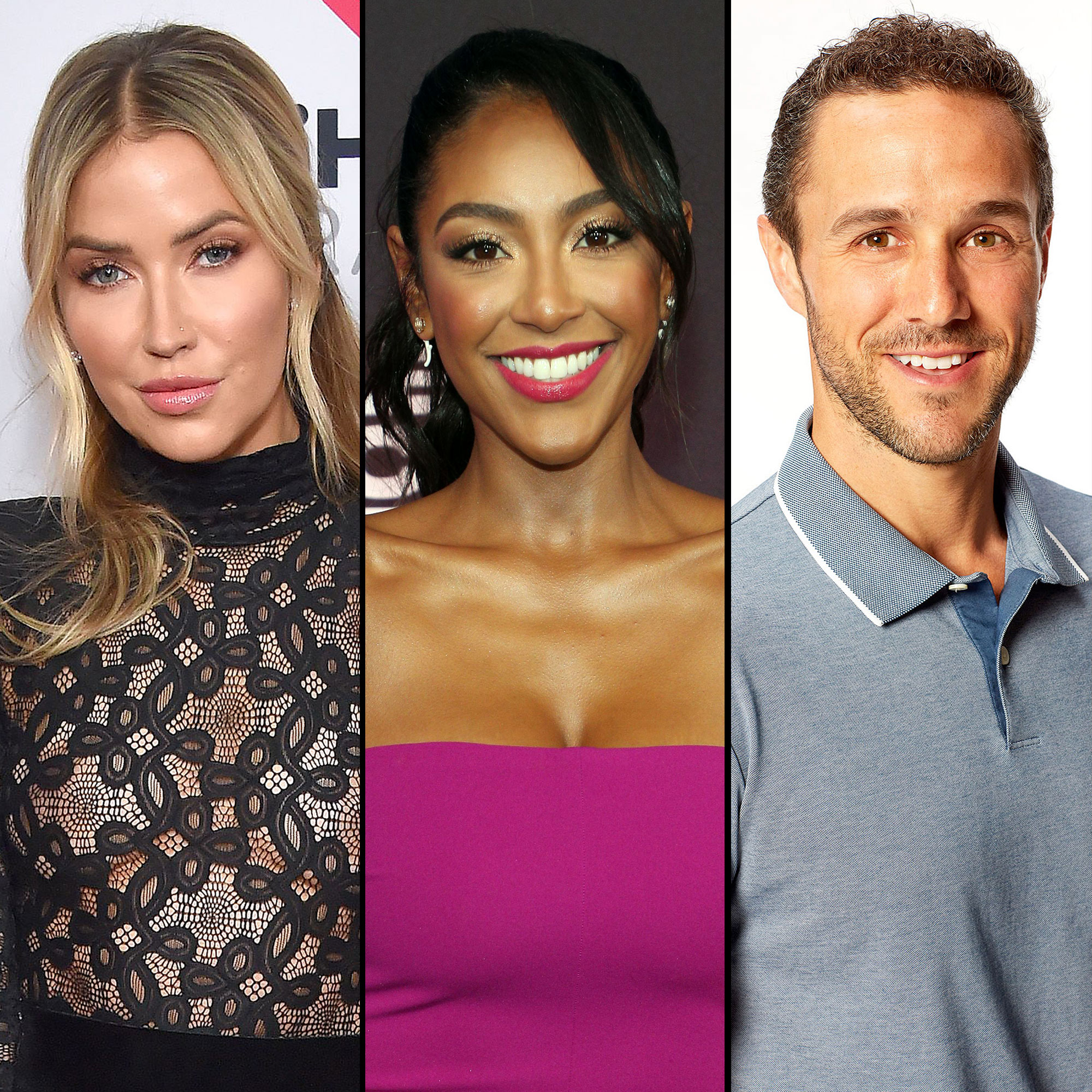 While Bristowe noted that they “didn’t wanna ignore it during the show,” she acknowledged that it was hard to pre-plan the conversation without it coming off as fake.

Celebrity Splits of 2021: Stars Who Broke Up This Year

“It’s hard to put something in there that will feel, you know, staged or scripted because you wanna work it in there and make sure that she has a voice and that she’s able to talk about it [and] not just pretend it didn’t happen or just go through the whole show when she was clearly, like, struggling that day,” she explained. “So I was really proud of her, and it was just tough to work in because I wanted to put Tayshia’s feelings first.”

Adams, 31, and Clark, 37, got engaged during the season 16 finale of The Bachelorette, which aired in December 2020. Us confirmed on November 22 that they ended their engagement, three days after it was revealed that they were on a break.

“I saw her in the trailer so upset, she was having anxiety. And I was like, ‘You don’t have to address this if you don’t want to. But I think if you want to have your own voice and be able to, like, just share how you’re feeling, it’s up to you,’” Bristowe recalled. “I mean, at the end of the day, as long as she was — now, I say comfortable, she wasn’t comfortable with it — but she wanted to address it. And so we had to put it in there somewhere. And honestly, I was just really proud of how she handled everything [because] it felt like a true professional.”

The Canada native, for her part, knows what it’s like to go through a public breakup, calling it quits from season 11 Bachelorette winner Shawn Booth in 2018. (She has since gotten engaged to Jason Tartick.)

“With Tayshia, I’m like, ‘I hate that I can understand what you’re going through because it’s so hard.’ Everyone has a different opinion and a voice and something to say and people don’t fully know what really happened,” the “Off the Vine” host told Us. “And it’s just so hard on your heart to go through that because you want to grieve this person that you’ve lost and you have all these different voices coming at you. And so, I’m just trying to tell Tayshia, like, ‘Take it one day at a time. You can’t let the outside voices dictate how you feel and you can’t let that have more power than you, so allow yourself to feel sad and know in your heart that you did everything that you could to make that work and that you have to now go through the stages of, like, grieving a loss.’”

Tickets for the Dancing With the Stars tour are available at dwtstour.com.