Apartment owners claim they’re under siege from telcos determined to install broadband services in their buildings – whether residents want them or not.

And they say they’re being forced to hire lawyers to try to stop them and protect their common property from potential damage caused by subcontractors when companies bully their way in. 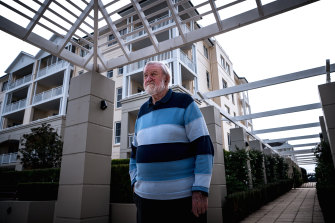 “It’s just like the movie The Castle all over again,” said Derek Graham, the treasurer of a scheme at Cape Cabarita in Sydney’s inner west. “We’ve been told we are powerless to stop them if they want to come in and install a system, even though the NBN we already have is perfectly sufficient.

“They apparently have the right to access our building, and we don’t have any rights to stop them.”

Private telcos or internet service providers have the right to enter apartment buildings under the Telecommunications Act 1997 – reviewed and updated in 2021 – and originally designed to ensure all apartment residents have internet access.

But even after the national roll-out of the NBN, some telcos are still demanding the right to install their own infrastructure too. 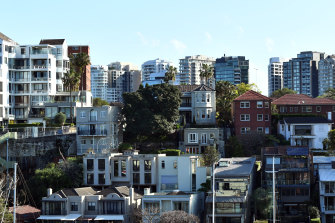 “This shouldn’t be allowed,” said Karen Stiles, executive officer of the apartment owners’ peak body, the Owners Corporation Network (OCN). “Apartment residents should be able to decide who comes into their own buildings. It’s about time the federal government addressed this anomaly and put in place some consumer protection.

“There have been horror stories from some apartment buildings where telecommunications companies have bullied their way in via this federal law and so much damage has been done. We have one building in Ashfield which is just about to install a new roof membrane, but a company is insisting it has the right to come in, and they’re terrified the membrane will be damaged and it’ll cost them so much money.”

The Cape Cabarita apartments, one of three individual strata schemes at the complex, received a letter from next-generation telco GigaComm, informing them that it planned to install its equipment. GigaComm said their system would deliver internet speeds at least four times that of its rivals. Owners were advised by their strata management company BCS that they were powerless to object.

However, GigaComm, currently rolling out throughout Sydney and Melbourne, claims this is about choice rather than compulsion.

A spokesperson said that consumers have the right to choose their telecommunications provider and access services that suit their needs, and the government had facilitated this with the Act.

“Like all telcos, we follow this legislation which sets out the rules for both the telecommunications provider and the building owners and occupiers, under which buildings are accessed,” she said. “This is the same for other utility services such as electricity, where similar legislation exists.

“Telecommunications is an essential service, just like other utilities, and our mission is to give as many Australians as possible access to the latest technology to access ultra-fast internet.”

Generally speaking, rather than respond to consumer demand, telcos tend to install their infrastructure in buildings first, then letterbox residents advertising their presence and their services. 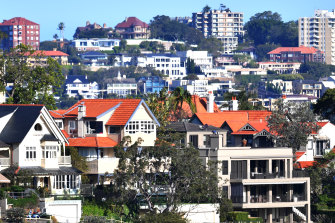 Private telcos have the right to enter apartment buildings.Credit:Sam Mooy

But Stephen Brell, president of Strata Community Australia (NSW), the strata managers’ professional body, says the legislation should be amended to only allow telcos into buildings when owners agree. “These telcos should be consulting with owners and be approved before they come in,” he said.

“This is particularly to ensure the structural integrity of things like membranes in the buildings aren’t affected. It seems the telcos are now focusing on older buildings.”

Mr Graham, 91, a retired tax consultant, said that when his building tried to object, he was told they’d be taken to the Telecommunications Industry Ombudsman. “They sent us a 40-page document about it and it basically said, ‘Abandon hope all ye who enter here’,” he said.

“But we don’t want any more wiring; we’ve already got NBN and now we’re looking at cabling for electric vehicles, and we have architectural codes that will be broken. We could be forced to get legal advice, but why should we go to the expense of that? It’s not right.” 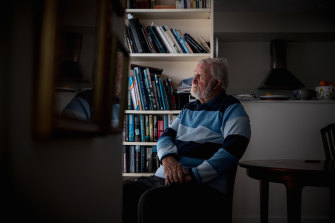 Derek Graham said when his building tried to object, he was told they’d be taken to the Telecommunications Industry Ombudsman. Credit:Flavio Brancaleone

The Property Council of Australia wrote to the Department of Infrastructure, Transport, Regional Development and Communication last year, recommending the adoption of a mandatory, properly enforced code of access administered by the Australian Competition and Consumer Commission. It said it had come across, in the past, unsafe cabling installed resulting in fire, electrical and work health and safety risks, that can also affect the reliability of the services.

Strata lawyer Amanda Farmer says the current legislation permits a significant interference with common and private property, but there is little an owners’ corporation can do to prevent this.

“An owners’ corporation cannot prevent a telco accessing its common property and installing its equipment under this legislation, assuming all technical requirements have been met by the telco,” she said.

″Owners can object to the installation on limited grounds and within a very short time frame. They should pay attention to all deadlines set out in the notice and seek urgent legal advice if they believe they have grounds to object.″

Australian communications industry peak body the Communications Alliance says the aim of the legislation is to give individuals access to good telecommunications and free choice about which services they want to use.

“It’s not an easy area to navigate,” said director program management Christiane Gillespie-Jones. “It can be enormously difficult to strike the right balance. The companies need to fulfil the relevant technical standards and compensate the apartment owners or managers for any loss and damage.”

Most Viewed in Property