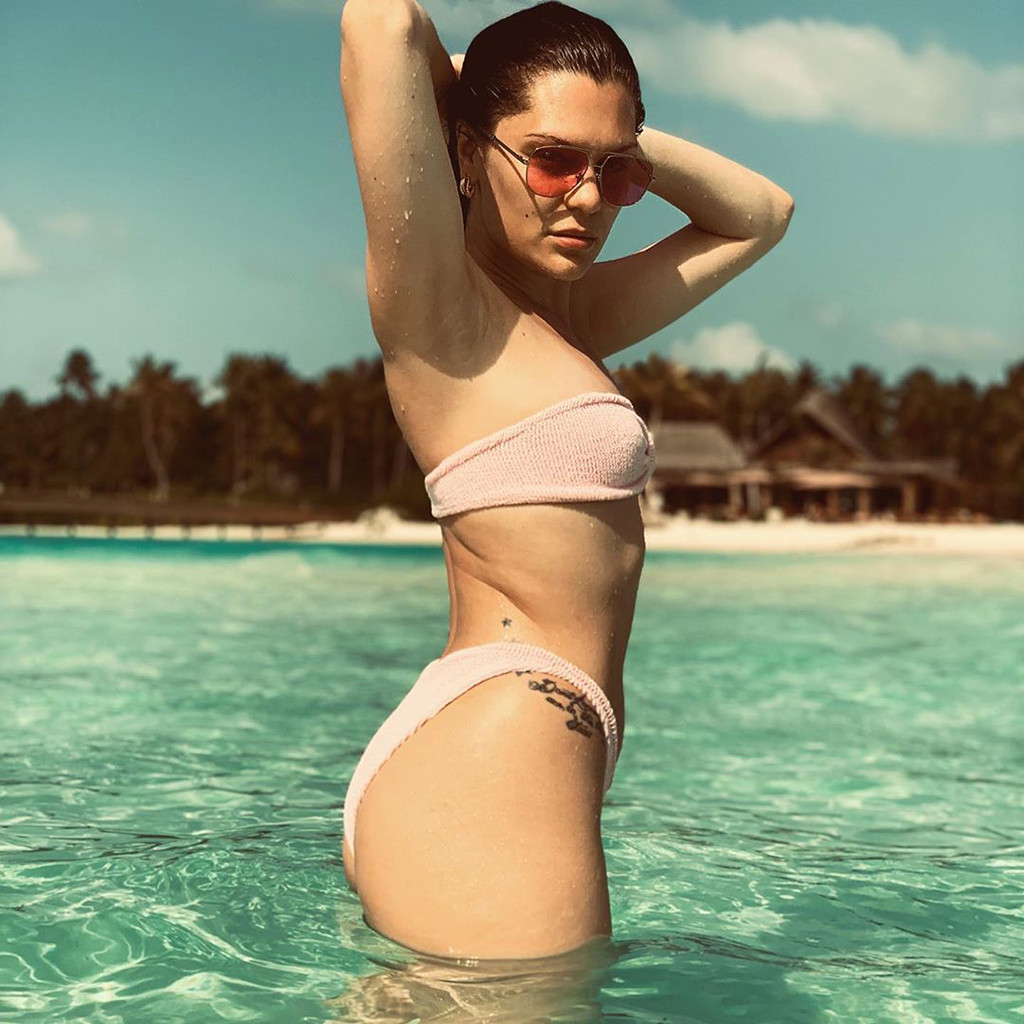 Can someone offer Jessie Jsome help with her spell check?

The Brit, 31, showed off her incredible body in a two-piece, blush swimsuit on Instagram today—and also revealed a rather embarrassing mistake inked on her hip. What was supposed to read “don’t lose who you are in the blur of the stars” from her 2011 song “Who Are You,” actually says “don’t loose who you are.” Whoops.

“Yes I spelt the tattoo wrong,” she captioned the photo. “Yes I repeat it’s spelt wrong. Yes I got it done in Essex. Yes the tattoo artist didn’t mention it. Yes I was 18. Yes I still don’t know the difference between lose and loose.”

Knowing the Internet trolls would come after her, Jessie decided to get ahead of the incoming jabs. “And YES I know I have small boobs,” added the singer, who dates Channing Tatum. “Don’t waste your time telling me like I don’t see them everyday.”

As it turns out, she wasn’t the first to catch the mistake. Back when she first got the mark, “my mum said to me in tears, ‘I don’t know how to tell you this but it is spelt wrong,'” she previously said on The Graham Norton Show. “It’s the reason I always wear high waisted stuff. I’m not going to put a spelling mistake that close to a camera.”

When it comes to A-listers flubbing their tattoos, she’s in good company. In January, Ariana Grande set out to get “7 Rings” inked in Japanese on her palm. The problem: when translated, it actually says “shichirin,” which is a small charcoal grill.

The pop star later fixed her ink—kind of. So perhaps there is hope for Jessie too!