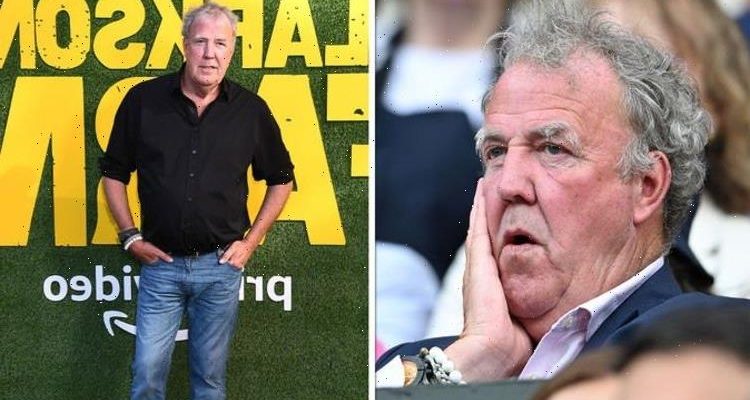 Who Wants to Be a Millionaire: Jeremy takes dig at player

The British journalist’s big success came with his sports car show “Top Gear”, which is one of the most viewed shows in the world. Now, and after helping other people get rich with his show “Who Wants to Be a Millionaire”, many might be wondering what is his own net worth.

Jeremy Clarkson, 61, is a well-known British broadcaster, farmer and author.

His career started as a local journalist in northern England, but he soon became a successful presenter after his internationally acclaimed sports car show “Top Gear” in 1988.

“Top Gear” is considered the most-watched show on BBC Two running for more than two decades. After that, Clarkson has been a contributor to Top Gear magazine since it came out in 1993.

In 2015, he hosted Amazon Prime’s show “The Grand Tour” with co-hosts Richard Hammond and James May, which lasted four seasons.

In 2018, he replaced former host Chris Tarrant and became the presenter of the ITV show “Who Wants to Be a Millionaire”.

He is also a columnist for several publications and has written many titles, mainly car and motoring books.

Interestingly, his very first job had nothing to do with television, as he started working as a salesman for his family’s Paddington Bears business.

After a lot of criticism, Amazon decided to cancel the show after just one season.

He confirmed on social media that the second series of the farm show was not in production and asked fans to “write to Amazon.”

“Can you confirm If the rumours are true that they are shooting series 2?!” asked a fan to what he replied: “No. We aren’t. Write to Amazon, it’s their decision.”

However, and ever since the release, the farm has become a very touristy attraction.

He recently decided to open a shop outside the farm, which has attracted thousands of fans. In recent days, over two-hour traffic jams were reported as fans went to visit the farm.

In 2021 it was reported that Jeremy Clarkson has an estimated net worth of £48.4 million. But how did he get so rich?

For his successful series “Top Gear” he had a salary of £2.9 million a year, which considering the show’s success, was not much.

However, Clarkson owned 30 percent of Top Gear’s rights meaning he would get around £5 to £9 million a year in dividends. Moreover, in 2013 BBC bought the show for £15 million.

It was also reported Jeremy signed a £160 million deal to launch “The Grand Tour” on Amazon Prime, officially becoming a millionaire.

The broadcaster also owns an impressive property in the Cotswolds which is worth £6 million. He named the property “Diddly Squat Farm”, where he lives with girlfriend Lisa Hogan.

As a motoring enthusiast, and thanks to his fortune, Clarkson has owned many expensive cars over the years.

According to CarKeys, he owned Range Rover TDV8 Vogue SE, Ferrari F355, Lamborghini Gallardo Spyder or Aston Martin Virage. However, and according to Jeremy, the Lexus LFA is the best car he has ever driven.