As seen in our exclusive photos, the trio were decked out in matching Cubs blue and white pinstripe jerseys and hats as they stepped on to the mound.

Sudekis, a Chicago Second City alum, turned up to promote the upcoming second season of his Apple TV+ hit  “Ted Lasso”, which returns on July 23.

As Page Six reported, Sudekis is back in the Brooklyn home he shared with Wilde before their split in October as he cares for their kids.

The 45-year-old actor returned to the US after months in London filming “Ted Lasso,” where the children split their time with him and their mom.

Wilde is currently away in Italy with her former “One Direction” heartthrob. 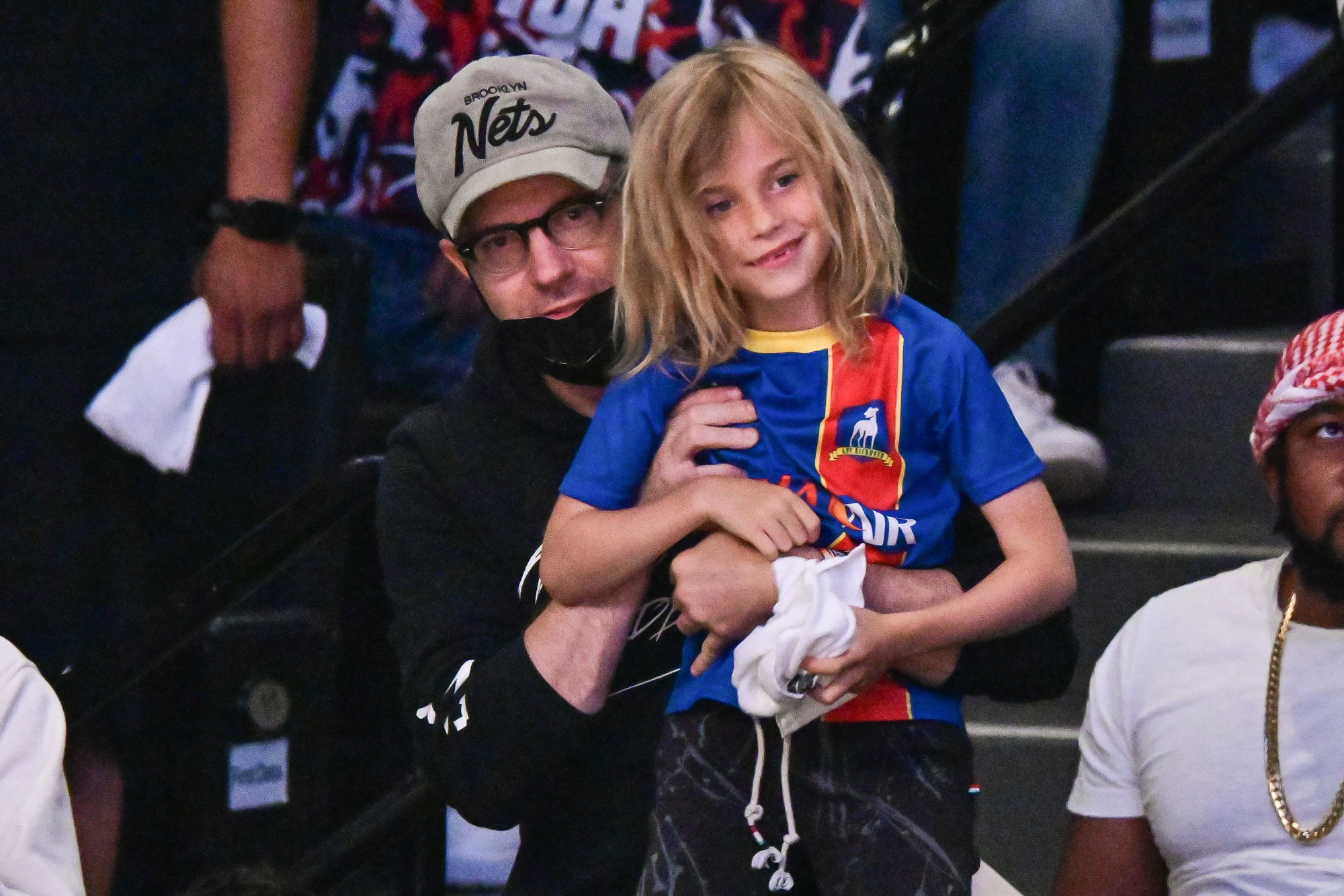 They’ve been pictured canoodling on board a private boat off the Island of Giglio, and as we reported, they have also been staying at the five-star luxury boutique hotel Il Pellicano in Porto Ercole on the Argentario coast of Tuscany.

Sources exclusively told Page Six that they were spotted strolling with their arms around each other in the quaint seaside town of Porto Ercole on Monte Argentario earlier in the week.

“Harry has been seen taking a break on the beach in Porto Ercole after he finished filming ‘My Policeman’ in London,” a spy told us on June 30. He also filmed scenes in Venice before heading to Tuscany, we’re told.

As a source told us of Sudekis this week: “Jason and Olivia take turns to care for the kids … Jason obviously knew that Olivia and Harry were going on vacation to Italy.

“He’s never going to be thrilled about seeing his ex-fiancée and the mother of his children wrapped around another man like that, but they’re trying to keep things civilized for their kids.”