Jason Derulo cuffed after ‘attacking’ men who called him Usher

Jason Derulo has a life-size cake of himself made

Hopefully he wasn’t too “In (his) Head” about it.

The “Whatcha Say” crooner, 32, could be seen holding the former couple’s 1-year-old son, Jason King, on his lap, gazing up at the runway as Frumes made a number of bikini-clad appearances over the 20-minute presentation.

The encounter came mere weeks after the fitness influencer, 28, spilled on her Instagram that her relationship with the “Savage Love” singer was marred by his “constantly” cheating on her.

The New Jersey native made the claims in response to a commenter who called her a “whore” for having a son with Derulo — heartlessly describing the infant as a “bastard” — outside the confines of marriage. 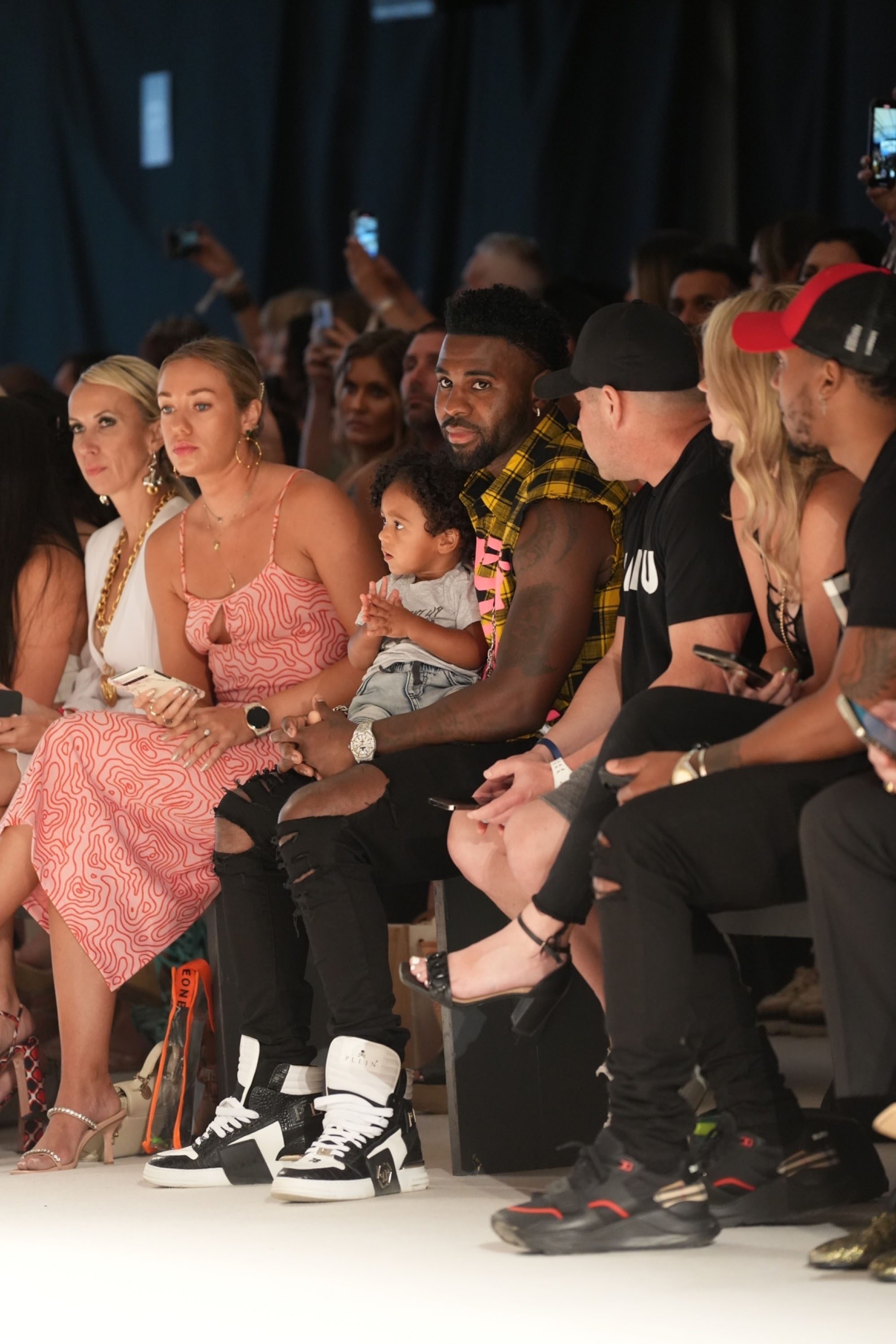 “We once did aspire to be married but maybe it’s best to be single than to be in a relationship & constantly be disrespected & cheated on and lied to. Or is it better to stay quiet so people like you approve?” wrote Frumes in response.

She followed up with a statement posted to Instagram Stories.

“No one aspires to be a single mom it’s the biggest heartbreak and failure for me personally … But If your non-negotiables are being tested you’ll never find peace in that relationship,” she wrote. 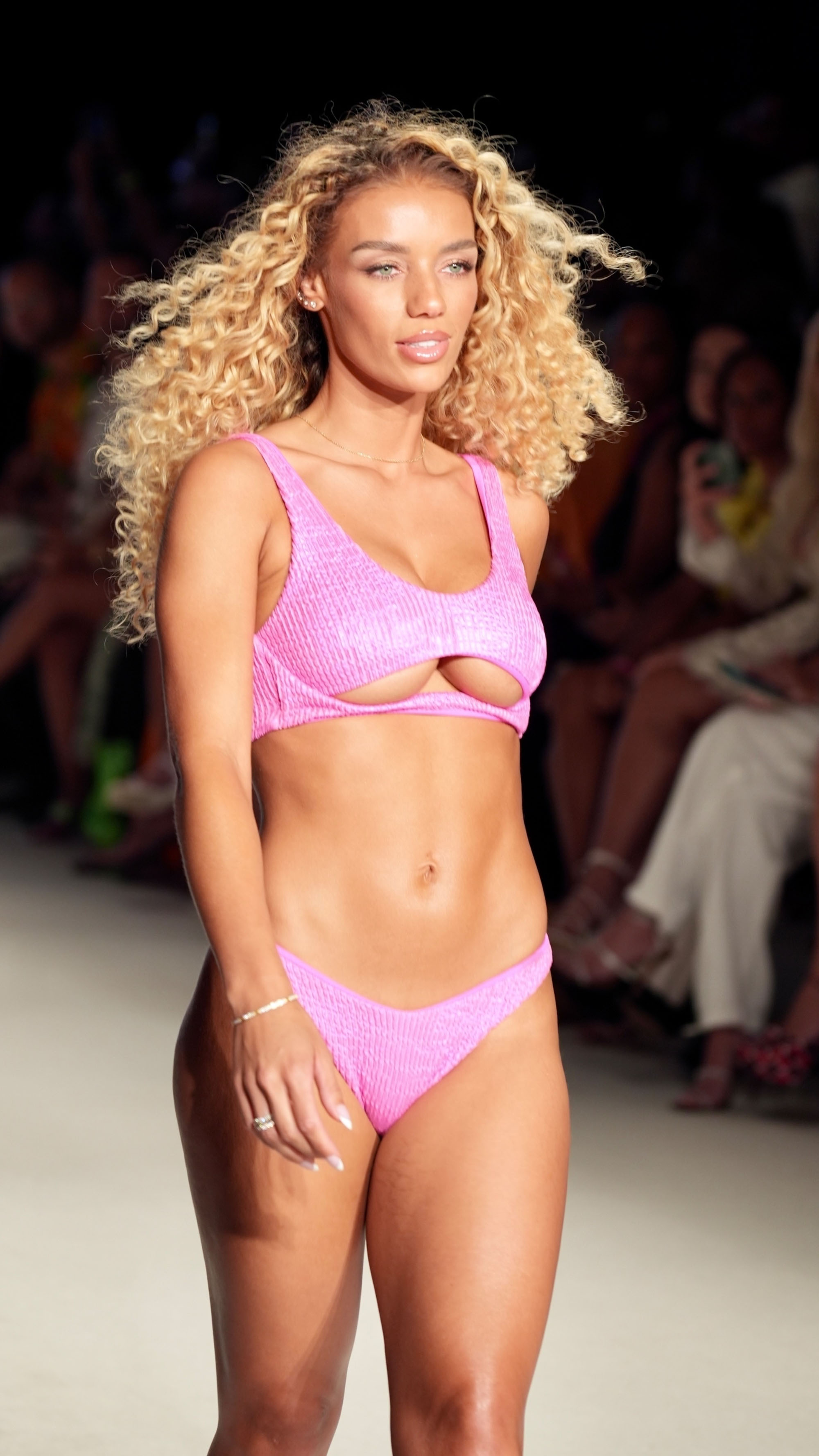 “There’s nothing in life I want more than my family to be together but I can’t be the only one working to make that happen. If a man wants a different girl every week over his family I’ll never accept that we will never be able to make it work ‘happily,’” Frumes continued. “I’ll never be OK with sharing a lover that I love with all my heart!!!”

She added that she doesn’t receive child support, and to “stop blaming the women like we chose the single mother life. That s- -t is hella annoying. You don’t know what women go through to try & ‘make it work.’” 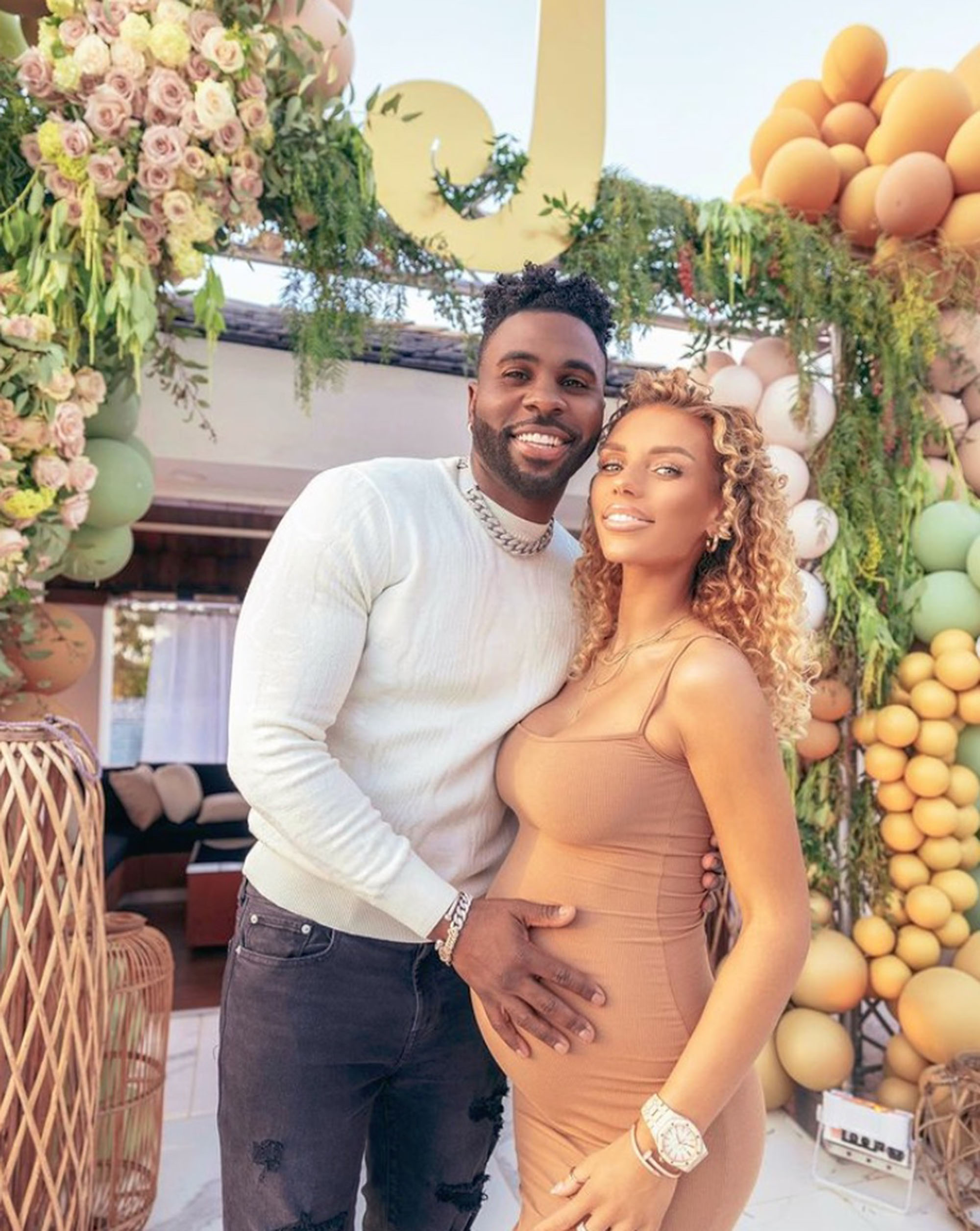 It’s been just under a year since Frumes and Derulo split for good, with the “Ridin’ Solo” performer divulging the news via his Twitter in September 2021. The breakup occurred just four months after the birth of Jason King in May of that year.

Back in 2020, Derulo exclusively told Page Six that he had met Frumes at an Equinox just before the COVID-19 quarantine began. 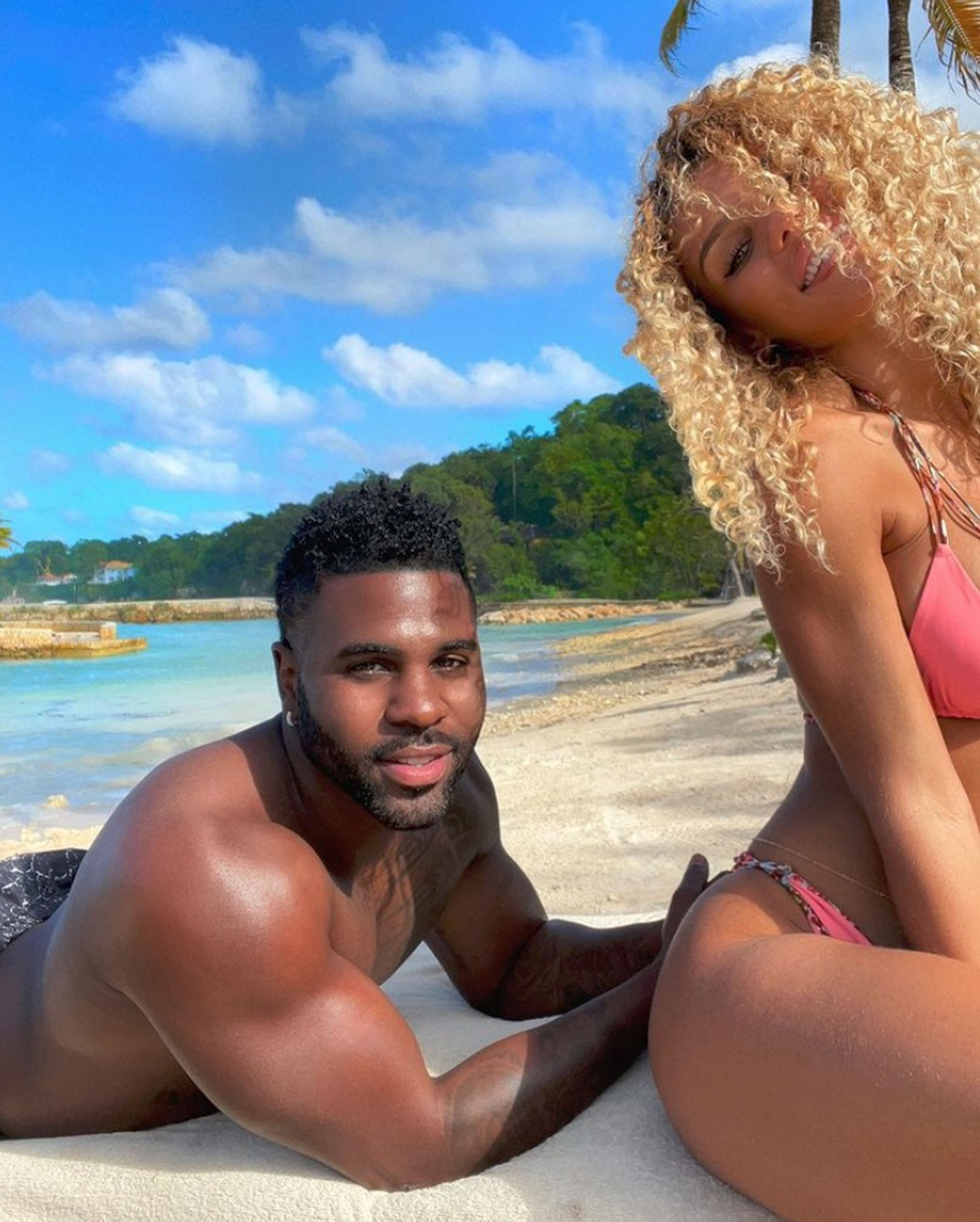 “We both have a similar desire to work out all the time, and I had seen her once there before, and then the second time, I was like, ‘Aight. Imma go talk to her,’ and the rest is history,” he said at the time.