James Corden is about to show you to a whole new world…of musical theater!

To celebrate the live-action remake of Aladdin, the host performed a “Crosswalk the Musical” version of the Disney classic for Thursday’s episode of The Late Late Show.

For those who haven’t seen Corden’s crosswalk productions before, the shows involve the TV star and his cast dressing up in costume and performing full song and dance routines in the middle of a Los Angeles intersection.

Luckily, Corden was able to pull in some big names for this performance. Naomi Scott and Mena Massoud—who play Princess Jasmine and Aladdin in the new film, respectively—agreed to reprise their roles for the spectacular. And while Corden had his heart set on playing the genie, he reluctantly agreed to play Abu the Monkey once Will Smith showed up on set.

“Aladdin is, in many ways, sort of this one monkey’s journey from the backstreets of Agrabah to the highest seats of power,” Corden said, building up his role as Aladdin’s sidekick. “In fact if you think about the great stage roles, it’s Hamlet, Willy Loman and Abu—the Monkey in Aladdin.”

The cast performed a number of the film’s classic numbers. For instance, they sang “Friend Like Me” with full choreography and blazes of fire, as well as “Prince Ali” with giant elephant figurines.

But as the production continued, Corden’s jealousy began to build. After he walked off set, Smith was able to give him a pep talk and bring him back for “A Whole New World,” which featured a ride on a construction lift versus a magic carpet. 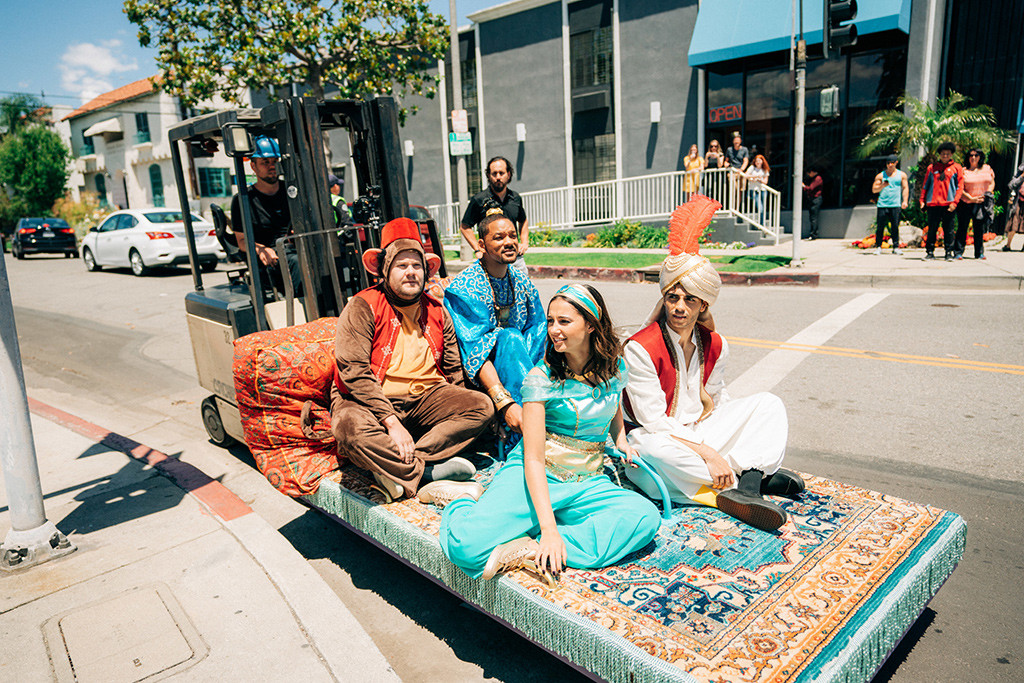 While Corden and the team received some questionable looks from the audience—and had a few close calls with oncoming traffic—it seemed like the show was a success.

Watch the video to see the magical production.