The federal government is standing by its quiet approach to freeing Kylie Moore-Gilbert from Iranian detention after the Australian academic said her 10-year jail sentence would have been less severe had there been immediate publicity about her ordeal.

Dr Moore-Gilbert also revealed she had suicidal thoughts during four weeks of solitary confinement, which she said was “designed to break you”. 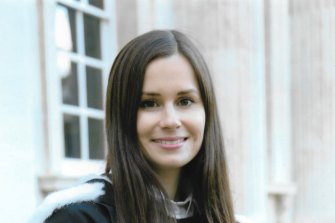 In her first criticism of the government’s strategy, the University of Melbourne lecturer said public attention should have been drawn to her case as soon as she was arrested at Tehran Airport in 2018 and in the lead-up to her trial on espionage charges.

The government did not disclose details about Dr Moore-Gilbert’s case until September 2019 – a year after her arrest.

After spending 804 days in prison, the Australian-British academic was released in November last year in exchange for three Iranian men linked to a botched 2012 bomb plot in Bangkok after months of high-level negotiations.

In an exclusive interview with Sky News, Dr Moore-Gilbert said she was thankful to the Australian government for securing her release but “had my ordeal been made public, there’s no way I would’ve got 10 years”.

She said once her case received publicity “much greater attention was paid to my health and my condition”.

“I certainly saw benefits from that [publicity] and I’m not convinced that the quiet diplomacy argument stacks up in such a case, although each case is different,” she said in the interview, which aired on Tuesday night.

Dr Moore-Gilbert said her situation was made public only after two Australian video bloggers, Mark Firkin and Jolie King, were detained nearly a year after her ­arrest.

“The line being run by the government was that trying to find a solution diplomatically ­behind the scenes with Iran was the best approach for getting me out and that the media would complicate things and could make Iran angry and piss them off and make things worse for me,” she said.

“I took a very different view of the situation based on my own ­experience being inside there.

“But that was the view of the government and the media played ball for months, at least at the be­ginning, until I think these two backpackers got arrested and the media already knew my name and knew I was there too.”

Asked to respond to Dr Moore-Gilbert’s comments, a spokesperson for the Department of Foreign Affairs and Trade said it was “very pleased that Dr Kylie Moore-Gilbert returned to Australia in November last year following more than two years of detention in Iran”.

“Every consular case is by its nature complex and is considered individually, with a strategy developed on a case-by-case basis. We will not comment on the circumstances of her release.”

Dr Moore-Gilbert also opened up about her treatment inside Evin Prison, where she was forced to endure four weeks of solitary confinement in a small room without a window.

“I would say I felt physical pain from the psychological trauma I had in that room. It is a two-by-two metre box – there is no toilet, there is no television,” she said.

“I felt if I have to endure another day of this – you know if I could I would just kill myself. But of course I never tried and I never took that step.

“It’s psychological torture. You go completely insane. It is so damaging.”

Dr Moore-Gilbert said she was interrogated by Iran’s Revolutionary Guard Corps, but towards the end they wouldn’t come every day, meaning she didn’t see anyone and had nothing to do.

“I’d lost it, I’d lost the plot. I was completely crazy. Just entertaining your brain for such a long period of time,” she said.

Iranian authorities detained Dr Moore-Gilbert after discovering she was married to an Israeli citizen, sparking baseless claims she was a spy for Israel.

The Sydney Morning Herald and The Age was asked numerous times by the Australian government not to report details about the citizenship of Dr Moore-Gilbert’s husband while she was detained, believing it would jeopardise the chances of freeing her.