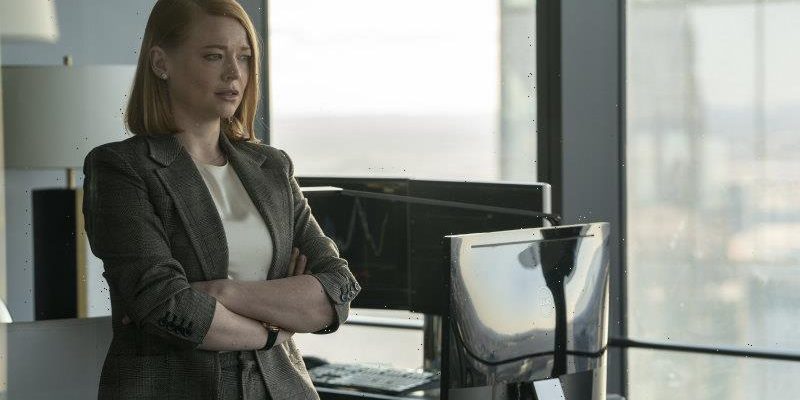 Warning: this story contains spoilers for the latest episode of Succession.

It’s a testament to the cultural impact of Succession that audiences love to debate who is the worst member of the Roy family. In much the same way that “which Sex and the City character are you?” was once a staple question at dinner parties (or more accurately, bottomless brunches), arguing over the most despicable Roy has become fan fodder. 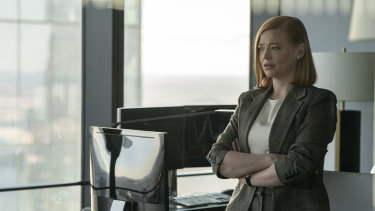 While the Roy men are unashamedly awful, Shiv (Sarah Snook) wields her niceness as a weapon.Credit: HBO/Foxtel

You might find most people gravitate towards Roman (Kieran Culkin) first, and he’s an obvious choice. Petulant, entitled and incredibly creepy, Roman very nearly killed a bunch of people with a failed rocket launch and barely batted an eyelid.

Then, of course, we have Kendall, the prodigal son. Kendall (Jeremy Strong) is also a popular pick, and it’s not hard to see why. Smarmy, condescending and a rampant egomaniac, Kendall says things like “F— the patriarchy” without realising he is part of the problem. Oh, and he actually did kill someone (remember the car crash in season one?), something he semi-boasted about in this season’s premiere.

There will always be votes for Logan (Brian Cox), but he’s almost too outwardly evil to be in consideration, and Tom (Matthew Macfadyen) cuts more of a sympathetic figure than someone to be despised. He may hound Cousin Greg (Nicholas Braun) relentlessly, but this is a learned behaviour – the bullied becomes the bully. Put Tom in a room with anyone who isn’t Greg, and he’s toothless.

While you can make a compelling case for any of the above options, Monday night’s episode confirmed something I’ve long suspected: Shiv is the worst character on Succession.

Titled The Disruption, episode three ended with Shiv landing a blow so deafening that any chatter about the worst Roy will surely fall silent. Seeking revenge after Kendall upstaged her keynote address (he blasted the Nirvana song Rape Me during her speech), Shiv releases an official statement condemning Kendall’s recent behaviour.

Her letter drips with insincere concern for his wellbeing but is really just a scathing laundry list of Kendall’s failings: absentee father, misogynist, serial liar and relapsed drug addict.

Aware that she needs safety in numbers, Shiv approaches oldest brother Connor, and Roman, to co-sign the statement and both refuse. “This is a greeting card from hell, it’s a Times New Roman firing squad,” says Connor (Alan Ruck). Perhaps more worrying is Roman’s response. Never one to shy away from a quip, all he can muster is, “It’s pretty horrible”. 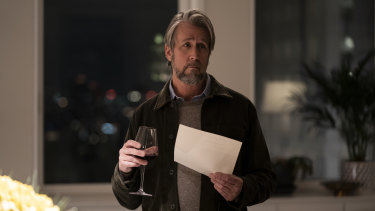 When even Roman thinks you’ve crossed a line it’s probably time to look in the mirror. Instead, Shiv moves forward alone, releasing the letter just as Kendall prepares for an appearance on a late-night talk show.

A rattled Kendall bails on the show, to the delight of the host who uses the statement as further proof Kendall is evil: “That’s from his sister, and she’s the f—ing nice one.” And therein lies the reason Shiv is the worst Roy – she’s weaponised her supposed ‘niceness’.

At least with Roman, Kendall, Logan or even Tom, what you see is what you get: out of touch one-percenters obsessed with power. But Shiv has carefully cultivated a false image over the past two seasons, the ethical liberal outsider shocked by her ruthless family.

Sure, she might have been a bleeding heart while working for Bernie Sanders knock-off Gil Eavis (Eric Bogosian), but the minute Logan clicked his fingers she ditched her left leaning and rushed right back.

Shiv (Sarah Snook) and Roman (Kieran Culkin) in a scene from Succession.Credit:HBO

And it was Shiv who, last season, convinced Kira (Sally Murphy), a victim of sexual harassment and abuse in Waystar Royco’s cruises division, not to testify before Congress. Sent to get the job done, Shiv concedes that the best way to silence Kira is to tap into the sisterhood.

Shiv wields her softness in a way that manipulates people to her will, all the while displaying a level of cunning that Kendall or Roman might only dream of. Let’s not forget that while Logan was happy to let Kendall take the fall for cruises, Shiv was also content for Tom – her husband – to go down.

“I can’t be seen to be acting in self-interest,” Shiv said at the time, to justify her decision not to back Tom. And yet self-interest is the one thing every member of the family has in common – it’s just that Shiv is adept at hiding it. 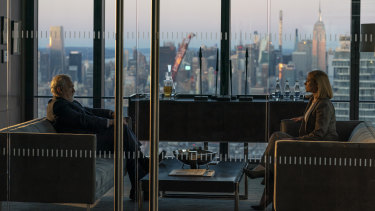 It remains to be seen if Shiv’s character assassination of Kendall will prove fatal, but there’s an irony in that he may be the only one who sees her for who she really is. Earlier in Monday’s episode, Shiv tracks down Kendall at a function and attempts to woo him with more false promises about fixing Waystar “from the inside.”

But Kendall, clocking his dad’s dirty work from a mile off, sounds genuinely sad to realise what I’ve known all along: Shiv is the worst of the worst.

Succession season three is available to watch on Foxtel and Binge.