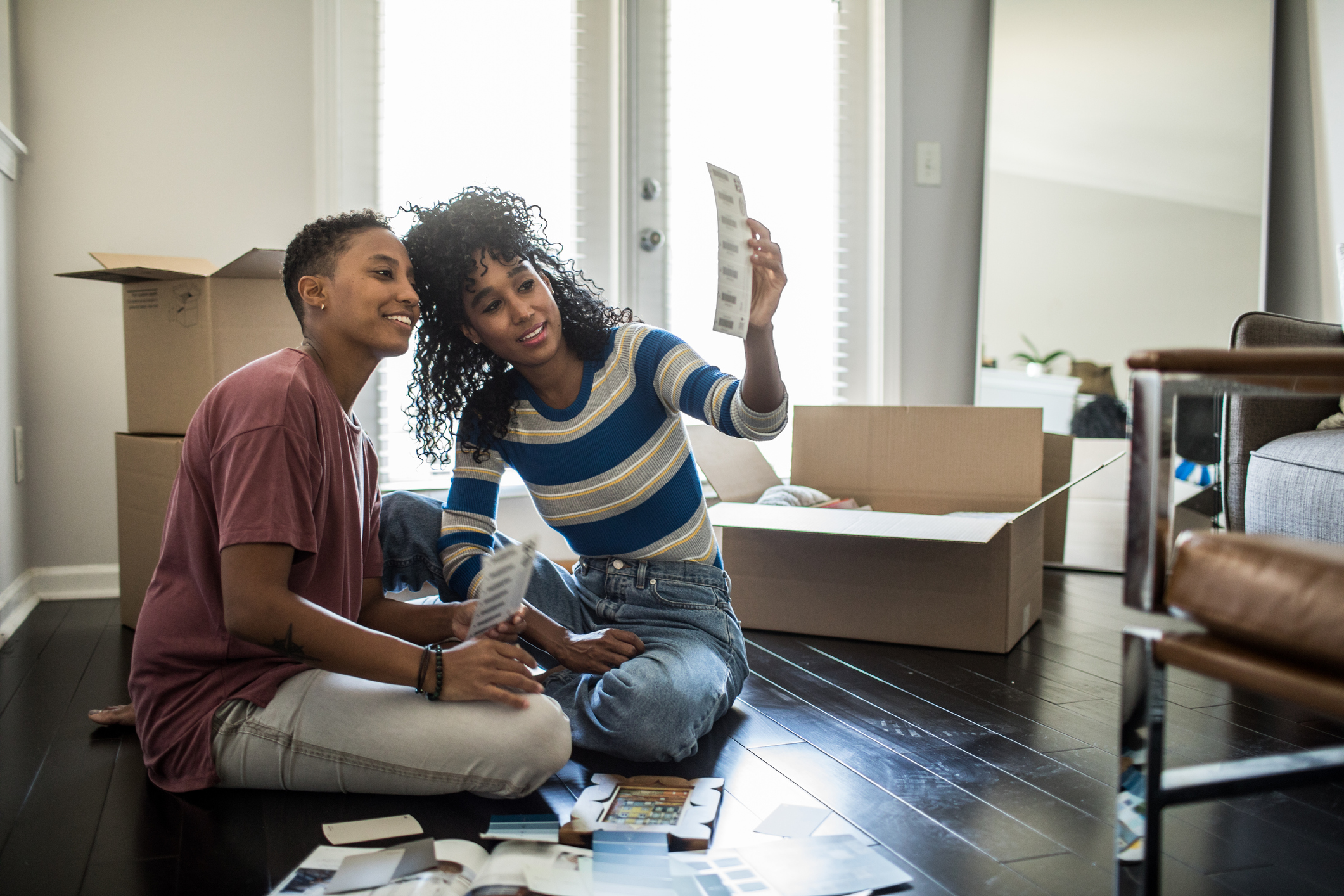 Moving in with a partner can be a big step in your relationship, and no matter how in love you are, you could be having doubts about whether it’s the right time.

It might be a cliché, but for many people, moving in together is a test-run for the future – with any small squabbles kept in mind as an indicator of a relationship’s potential.

As anyone moving in together will know, you also have to ensure your living habits are in sync – are you the type of person to leave your dishes for days on end, or do you clean them immediately? Do you like your home to be cool or cosy? Are you an early-riser or a night-owl?

It can be very difficult to know for sure whether it’s the right time, but there are some things you should consider before making a decision.

Callisto Adams, a dating and relationships expert, explains that while there is no ‘right time’ to move with a partner, there is definitely a wrong time: ‘If you have no clue of what you’re getting yourself into, then it is too soon.’

‘If you don’t know what they’re like when they’re sad, mad, angry, happy, joyful, whether they’re a messy person or a super tidy one, if they’re an early bird or a night owl, and most importantly if you’re not emotionally connected to them, it is definitely too soon,’ she tells Metro.co.uk.

To know you’re ready to move in with someone, Adams says you should ‘feel excitement’ when you think of ‘sharing a space with your partner’.

‘If it feels forced, and the fear is just too much to bear, then you’re not ready,’ she adds.

She says: ‘It’s definitely the right decision for us because we’ve lived over an hour away from each other for the past year, and making time to see each other while dealing with work, friends, and other commitments can be hard.

‘This way, we know we’ll see each other every night and have quality time with each other.’

Natasha (22) will be moving with her partner in just a few weeks too, but they have been together for just under six months. Though some people may think that’s soon, Natasha feels that both practically and emotionally, it is the right move for them.

‘My lease is up and if we weren’t moving in together, I would probably have to move further away from where I am now, which would severely impact our relationship. Due to our work schedules, it’s hard enough finding time together, so moving in together is the best thing for us both,’ Natasha explained.

We put the question out on Twitter to ask for stories about their timelines for moving in with partners. One person said, ‘I moved in with my boyfriend after five months of going out. It didn’t feel too soon because we felt comfortable with each other already but I guess it depends on the couple.’

Another said, ‘We moved in together at around six months and got engaged three months later. We’re still married nearly ten years later.’

A third wrote, ‘We moved in together after a year and now we’re just about to celebrate our 8th wedding anniversary.’

A fourth said, ‘We moved in together after about five weeks and we’re still together almost three years later – it was just right for us!’

Others took longer, with one person writing that they moved in with their husband after 10 years together but that was because they didn’t want to ‘waste money on rent’. A few others moved in together after around one and a half years together and felt that it was the ‘right time’ for them.

One person moved in with their ex after a year together and then broke up after a year living together, saying that it was ‘too soon’ for them. Everyone has different experiences, meaning the timing has to feel ‘right’ for you and your partner above all else.

Adams emphasises that couples should be discussing their living habits in great detail, and whether you’re ‘willing to handle hair on the sink or clothes on the ground, or whatever ‘not the best’ habit they have communicated to you.’

You should also make sure you have discussed your finances and make sure you know ‘who is able to cover what in the relationship when living together,’ establishing financial boundaries early on.

At the end of the day, it is hard to know when the ‘right’ time is to move in with someone and Adams says ‘there is no specific milestone when it comes to the right time to move in with a partner’.

But, so long as you are both clear of your habits, your expectations, and what living together might look like, and you are both excited about the prospect, it is probably a good idea.

Rush Hour Crush – love (well, lust) is all around us

Tell us about your Rush Hour Crush by submitting them here, and you could see your message published on the site.