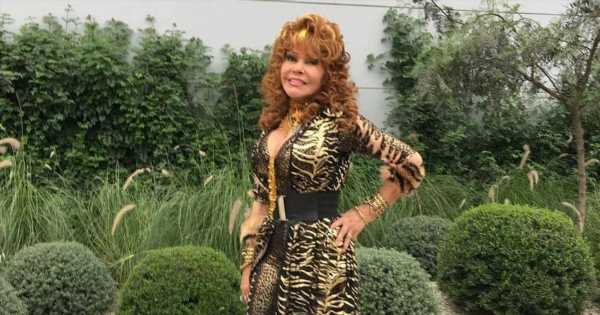 The Peruvian singer, 76, confirmed she will produce sexy content to bring in the cash.

On her platform, she simply wrote: “Very soon my OnlyFans" to indicate the exclusive content is set to arrive at her new account.

READ MORE: Stranger asks OnlyFans model to marry him with £8k bung – her reaction was interesting

The star is also known for creating viral YouTube videos, and she's famous for always giving fans something to talk about.

Back in 2015 she hit the headlines when she appeared on the cover of men's magazine, SoHo, as the saucy snaps featured sent the internet into a frenzy.

According to Latin Times, the Peruana posed nude for the magazine when she was 70, and then landed a spot on the front cover.

At the time she told Latin Times one of the reasons she took the plunge was because she wanted to "demonstrate to her country and the work that you don't have to be 15 or 20 years old to be a successful man or woman."

While some people admired her bravery for baring all, others were a little more sceptical, but it looks like she's set to strip a lot more as she prepares to take to the popular adult content sharing platform.

Previously at the Gay Pride Day celebrations, Juana Judith was crowned by the LGBTI community as its diva.

But, when it was announced raunchy content was on the way, the news left fans divided, and it was followed by a series of both positive and negative comments.

One person wrote: "The people who criticize: everything okay at home?

"That you don't care about anything Tigresa, you will do well no matter how much criticism you receive, as it has always been since you started with your music."