Welcome to Deadline’s International Disruptors, a feature where we’ll shine a spotlight on key executives and companies outside of the U.S. shaking up the offshore marketplace. This week we’re speaking to Moroccan multi-hypenate Khadija Alami. The producer and founder of Morocco’s Oasis Studios talks us through how she has facilitated more than 50 international productions to shoot in the territory as well as her ambitions to grow the region’s studio space and position the country as a top destination for international productions.

With the global production boom showing no signs of letting up, leading Moroccan producer Khadija Alami is driving the charge to encourage production houses to set up camp in her North African home country.

Alami, who was the first Moroccan woman to join the Academy of Motion Pictures Arts and Sciences in 2017, has been instrumental in fuelling local and international content in the country throughout the years. To date, she’s handled production services and served as co-production partner on more than 50 international productions shooting in Morocco through her banner K-Films.

Titles which she has produced or line produced range from Susanna White’s Our Kind Of Traitor, Paul Greengrass’ Captain Phillips and Showtime’s hit series Homeland. Domestic productions range from Tala Hadid’s The Narrow Frame Of Midnight to Nour-Eddine Lakhmari’s Le Regard.

“I’m very proud to be Moroccan and I get so much from my country,” Alami tells Deadline. “It’s a natural thing for me when I’m away to talk about Morocco and how great it is and promote it. I think sometimes people don’t realize that we make wonders and miracles here.”

Her work goes far beyond that of a service producer as indicated in 2012 when she set up a thriving production hub dubbed Oasis Studios Morocco. Sitting across 17 hectares of land on the top of Fint Oasis, about a 20-minute drive from the city of Ouarzazate, the vast studio space has been paramount in facilitating local productions and international productions looking to base themselves in the region.

It’s attracted projects such as Andy Garcia starrer Redemption Day, Terrence Malick’s The Way Of The Wind and UK Channel 4 series Baghdad Central. As announced yesterday in Deadline, Alami has optioned Saphia Azzeddine’s novel Bilqiss, which she’ll produce with the Kennedy/Marshall Company. It’s set to be adapted and directed by 1982 helmer Oualid Mouaness and will shoot in the studios.

“Saphia is so witty and Oualid is such a talented director,” she says. “The story is amazing and it’s showing that Muslim women are not only here to obey – they have their own personality, their own strength and they can have a sense of humor.” 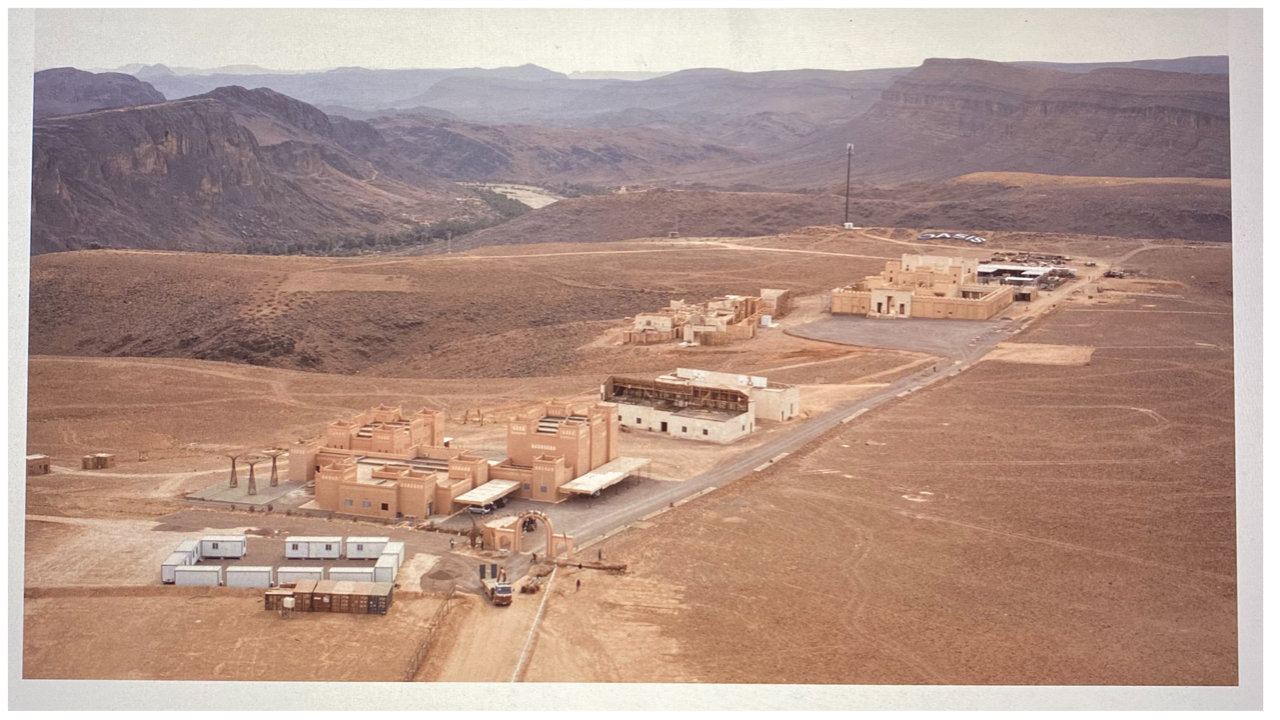 A woman of many hats, as President of Ouarzazate Film Commission a big remit for Amali is to facilitate inward investment to the region. Earlier this year, Morocco boosted its cash rebate for international productions from 20% to 30% with minimum production spend sitting at $1 million. Productions accessing the rebate are required to shoot at least 18 days in the country and use 25% of the local crew but for the latter, Alami says “most of the time productions use more because they are so skilled up.”

Netflix recently took advantage of the new rebate by shooting its Laura Dern and Liam Hemsworth love story Lonely Planet in the country as well as the third season of its fantasy drama The Witcher.

In a bid to meet the steadily increasing demand for production in the region, Alami says she is currently working on “another studio project” in Morocco but indicates it’s still too early to divulge much else.

“We have the crew and we have so many stories that haven’t even been tapped into yet,” she says. “The locations are endless as well. You can do a biblical era, Ancient Egypt, modern war movies, Algeria, Tunisia, Syria, Egypt, Pakistan, Afghanistan – the list goes on.”

It was 2010 when Alami and her family bought the land on which Oasis Studios Morocco is situated and, after taking a few years to get all the paperwork in place, she then took producers Mark Burnett and Roma Downey to the deserted site when they were scouting locations for their 2013 miniseries The Bible.

“They were looking for biblical villages in Morocco so I took them to the land but there was nothing but rocks and flat land,” recalls Alami. “When I showed them where I envisaged us having the sets, I’m sure they thought I was crazy.”

But just 13 weeks later they had built an ancient village that doubled up as Jerusalem. The set also doubled up as a Roman palace for the series’ sequel AD: The Bible Continues.

Alami, who now spends her time between Casablanca and L.A., has always had a passion for the movie business stemming from her childhood. Growing up, her father owned a movie theater in a small village in Morocco, which meant she spent a portion of her youth watching movies on the big screen.

“It was a bit like Cinema Paradiso,” she recalls. “I saw all of the big, epic Hollywood movies in that theater when I was growing up.” 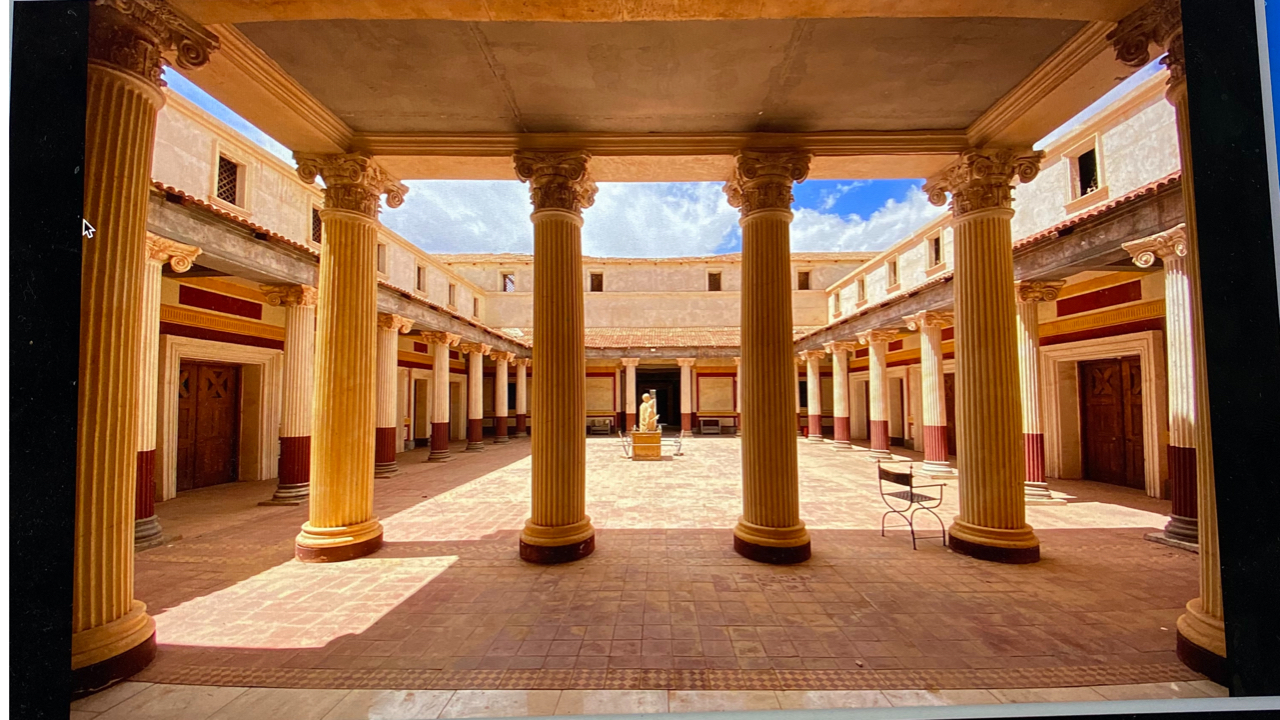 Alami says a big driver for her throughout her career has been the opportunity to “make the impossible possible.” It’s a notion that she says was born out of her first foray into the film industry: During her teenage years, Alami was a competitive horse rider, and it was one summer when she was back from university in northern Morocco that she bumped into a man “with a beautiful horse” and they got to talking. He was working on the set of John Landis’ Spies Like Us and they were looking for students who spoke English and had a driving licence to help on set. She was later recruited to help drive cast and crew from Casablanca to Marrakech and back again.

“It was the first time I really realized it was possible for someone like me to get a chance to work in the industry,” she says, recalling a rather dicey drive across the Moroccan terrain with Landis’ parents in the back seat.

Alami went on to work as a production assistant, a renderer and a then had a stint at an audit film before she turned towards producing, her real passion. She founded K-Films, a working title that stuck, in 1998.

“Production was really what I was interested in,” she says. “I liked the whole challenge of organizing things and trying to make things possible in a production and I think the position of people like myself who are helping facilitate production in Morocco is that we are trying to fill the gap between the world and the Moroccan way of doing things from the administration to the culture to the language barrier – everything. It’s amazing watching production teams from different cultures work together in unison that way.”

Keen to keep building on Morocco’s skillset, Alami is also the president of Morocco’s Mediatalents Association based in Ouarzazate. The network organizes scriptwriting workshops for local talent.

“This new generation of people I am working with and I’m training and mentoring are just so impressive,” she says. “I’m particularly trying to push women because what I noticed in the education is that women sometimes think they cannot do things, but you just have to push and I hope I’m somebody who sets an example so that they can see everything is possible.”

She adds, “We’ve got a lot to say here in Morocco. It’s an ancient country with an old and diverse history. We’re the only country in North Africa that wasn’t under the Ottoman Empire and we’ve been independent and sovereign all our life. We’re only just beginning to realize the full potential of what we can do.”

This week’s edition of International Disruptors is presented by Guillotine Vodka.

Witness-Tampering Bombshell, Pat Cipollone Testimony & What To Expect At Next Hearing