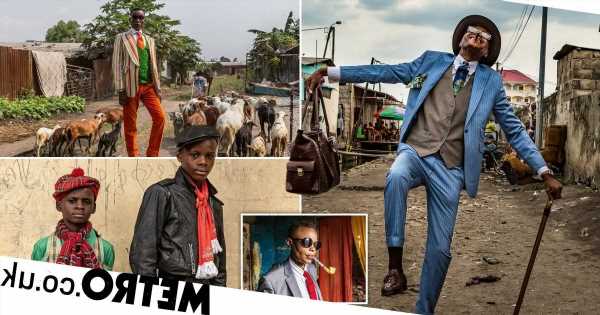 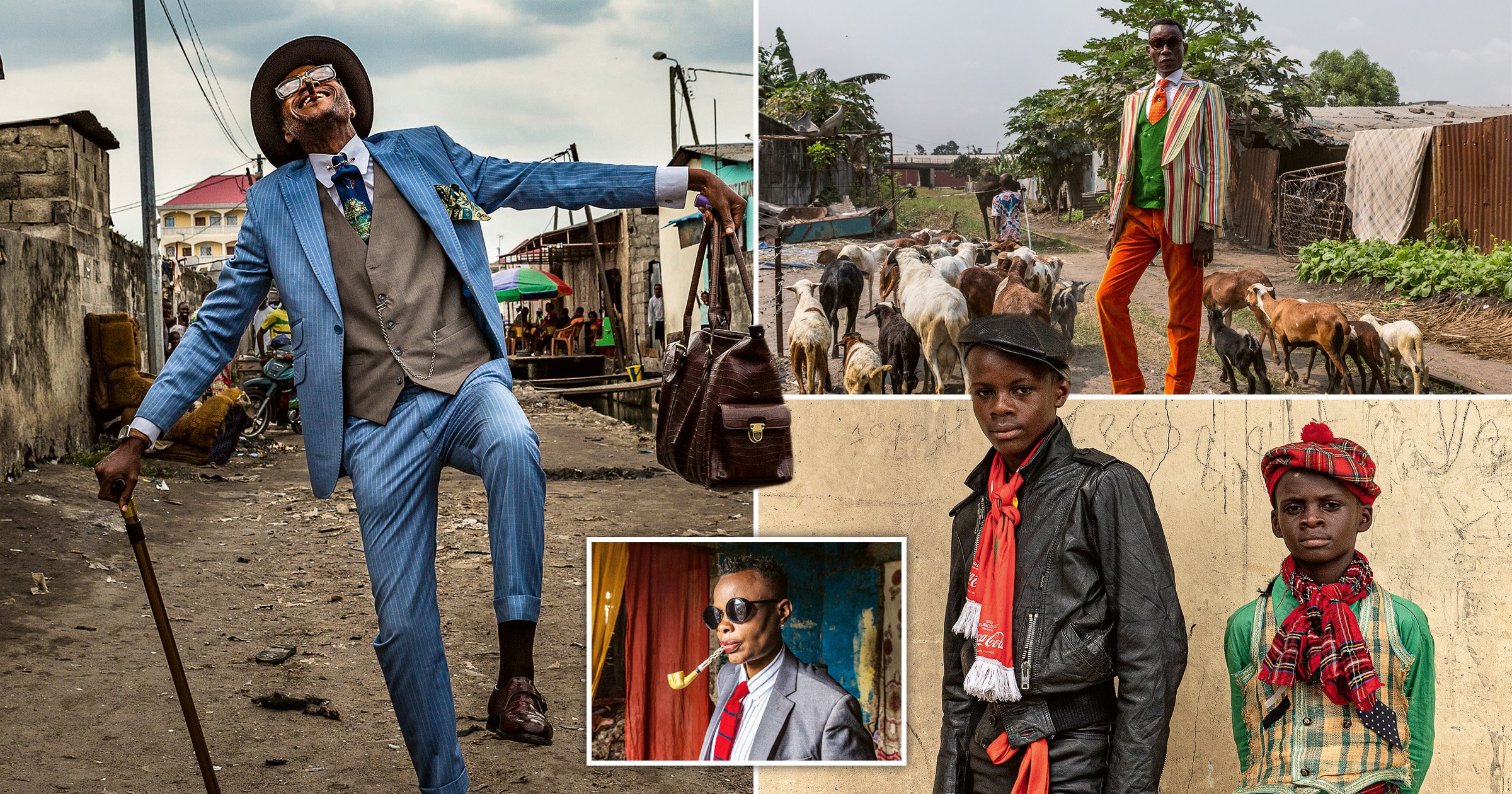 A new book from a British photographer celebrates the extravagant street fashion subculture, known as La Sape, in the Congo.

Tariq Zaidi captured photos of working professionals, parents and children dressed in eye-catching outfits in the areas of Brazzaville and Kinshasa.

In one image a businesswoman, a schoolboy and a policewoman walk through a dusty district in colourful suits, while passers-by look on.

While another shows two boys by a graffitied wall – one weaning a kilt and hat, and the other in a leather ensemble.

Tariq explains that Brazzaville and Kinshasa are on opposite banks of the Congo River – almost directly across from one another – but the two areas have completely different styles.

‘In Brazzaville, La Sape is mainly “French style” (think exquisite suits), but in Kinshasa anything goes, from Japanese Yamamoto coats to Scottish kilts,’ he says.

Someone who follows La Sape is known as a Sapeur (or ‘Sapeuse’ for a woman) and many have ordinary day jobs such as taxi-drivers, tailors and gardeners – but as soon as work finishes, they transform themselves.

In his new book ‘Sapeurs: Ladies and Gentlemen of the Congo’, Tariq shared that Sapologie is more than just expensive labels.

‘The true art lies in a sapeur’s ability to put together an elegant look unique to their personality,’ he says.

‘Though the subculture is traditionally passed down through the male line, many Congolese women have recently begun donning designer suits and becoming sapeuses.

‘By challenging Congolese patriarchal society in this way, they are returning to La Sape’s origins by reversing the power dynamic.

‘La Sape is a movement that is constantly evolving, as disenfranchised youths use fashion as a way of navigating their nations’ journeys from developing countries into a more hopeful cosmopolitan future.’

Below are some more of Tariq’s fascinating portraits: