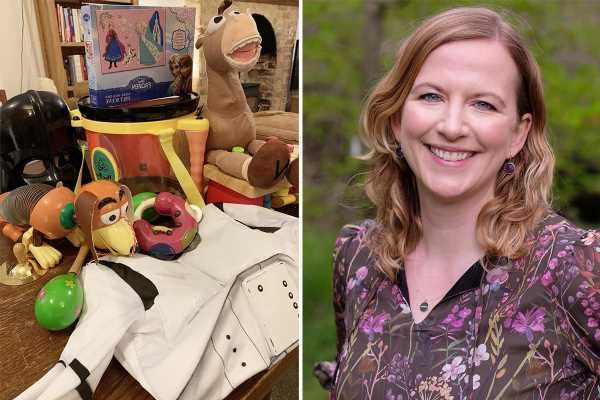 A MOM has revealed how she plans to have a second-hand Christmas this year, shopping only at charity shops, eBay, and online marketplaces.

Jen Toll, 36, from Oxfordshire, started her alternative shopping method in 2020 after seeing what her kids were really playing with during lockdown. 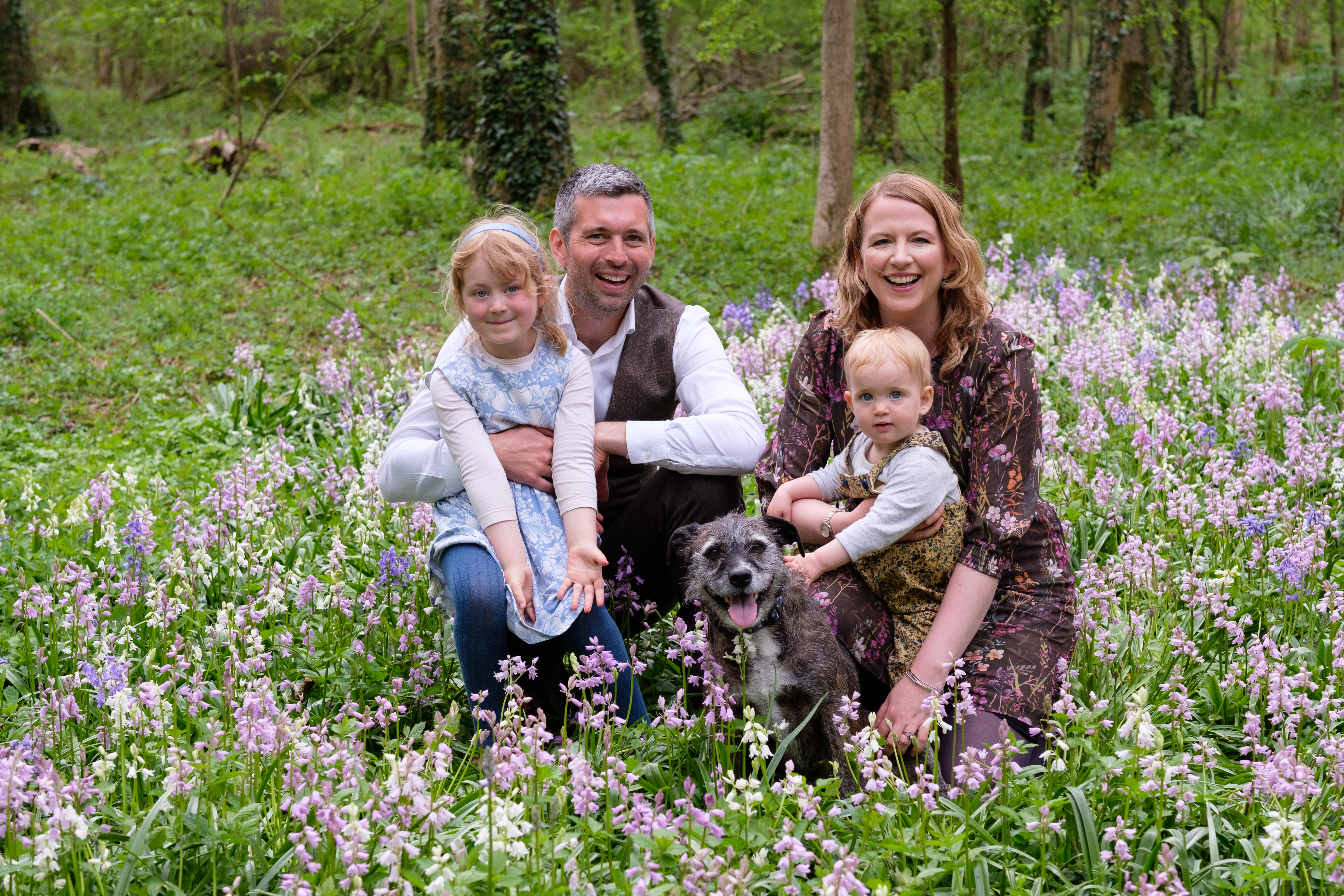 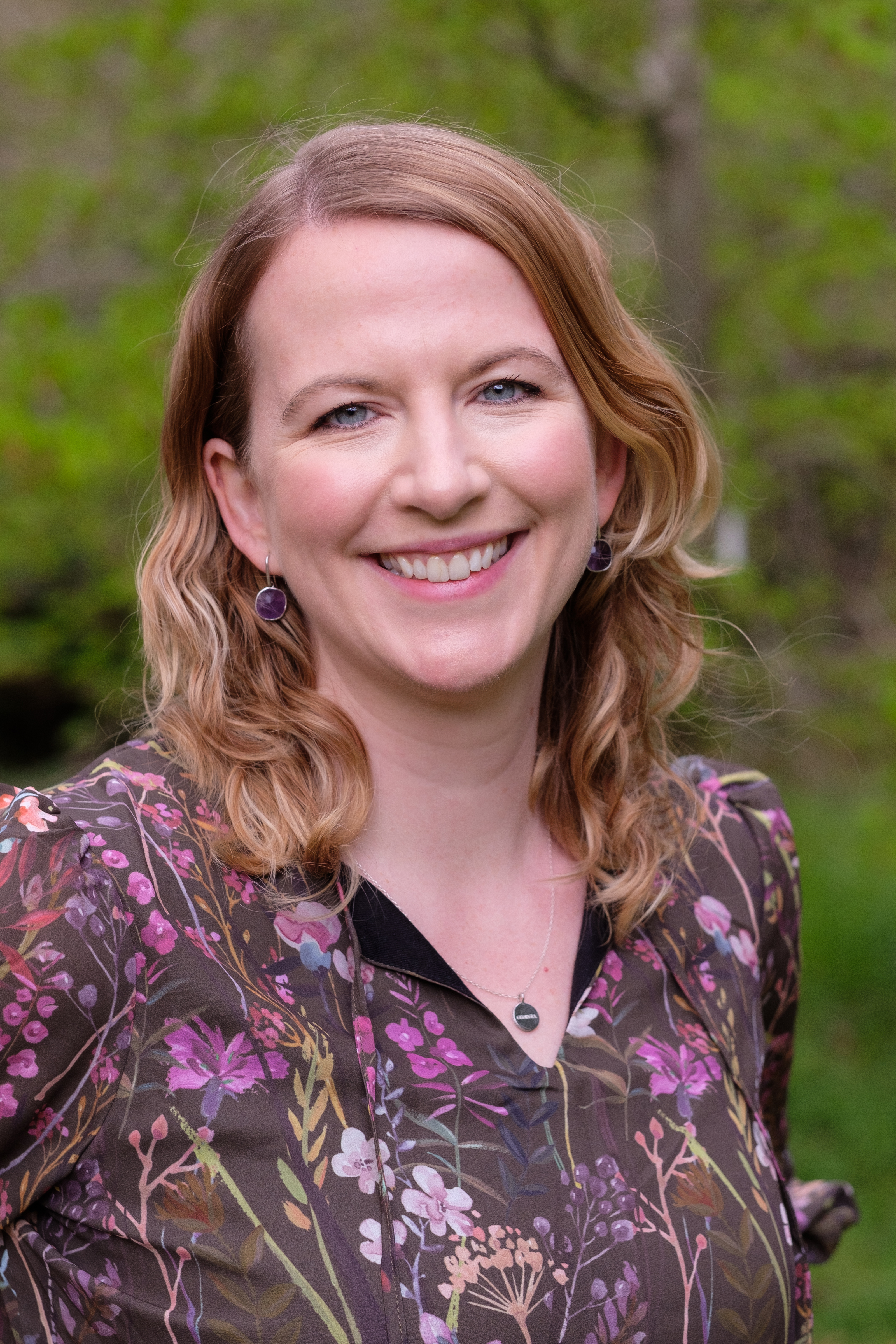 Realizing that her children didn’t care much about original packaging or the condition of the toys, she decided to stick with second-hand shopping going forward, particularly as it saves money and is more environmentally friendly.

“We had a lot of time at home, of course, to play with toys rather than going out,” Jen told Jam Press.

“I just felt that, given the state that they were in a lot of the time, they didn't need to be brand new.

“I'd always kind of done it but I really embraced it mid-2020, particularly also for my second daughter who was born in February 2020.

“I knew that she was going to have a lot of secondhand stuff anyway from her sister.”

For Jen, who is founder of Practically Positive Ltd and co-Founder of Festival of The Girl social enterprise, the most important thing was being more sustainable.

Along with her husband Ed Toll, 43, who is co-founder of Your Virtual Wellbeing Hub, the pair focused on buying wooden toys, but they knew there would be some things their children wanted that would contain plastic, so they felt buying them second-hand was the best option.

She said: “I felt that we just don't need to keep creating more plastic. That was the number one reason.

“Very closely tied with that was just how the kids treat the toys.

“I'm not saying they're constantly breaking them but when they do get played with, stuff does happen to them – they're not always going to be pristine.

“Many kids are fortunate enough to have a lot of toys and they forget about what they actually have sometimes.

“It gave us the chance to experiment with what they really love.”

One of Jen’s best purchases last year was some fancy dress items, particularly as she knew her daughter was growing and they would quickly need to be replaced.

She said: “She wanted everything from Star Wars to Elsa but each outfit if you get it full price, is really expensive.

“My daughter is five and a half but the height of a seven and a half-year-old, and I didn’t want to spend lots on outfits that would only last five minutes.

“I focused on getting those second hand.

“It was quite funny as getting the right size for her was tricky and we had to pretend Father Christmas had conveniently also got a second one in case the one in her stocking didn’t fit.”

Her younger daughter, who was then 10 months old, got wooden baby toys from Facebook marketplace.

Now her daughter is almost two and doesn’t use those anymore but Jen plans to sell them on or donate them to a charity shop so another child can use them again.

Jen’s second-hand Christmas wasn’t just about toys either – she also looked for pre-owned festive jumpers to make it a little more sustainable.

She said: “Kids wear them a few times a year and then grow out of them by the next year.

"Why buy new ones every year when you can get them second-hand for a few pounds?

“I know you can buy them cheap in supermarkets and stuff but the eco element is often lost there.

“You can get some really high-quality jumpers on eBay and Facebook marketplace.”

This year, the mum has picked up more fancy dress outfits, some talking cuddly toys for her youngest daughter who loves Shrek, and even a den building kit for $130.

She said: “Most of it is in good condition and some of it is brand new as people sell on things that maybe just have never been played with or were bought as duplicate gifts.

“Some things do come with holes or stains and you just have to be prepared for that.

“Last year we got one costume that smells really strongly of fabric conditioner and we never got rid of that smell.”

As well as being more environmentally friendly, Jen says she saves around 50-75 percent on most gifts by buying them secondhand.

She said: “Sometimes you can get an even bigger bargain.

Although saving money was never her main aim, Jen says it has helped her put a little more towards experiences for the girls.

She said: “I'm a psychologist and know that research does support that having stuff doesn't make you happy and the boost to well-being when you get gifts doesn't last.

“If I'm going to spend money, what I'd like to spend it on is experiences.

“It might sound like I'm scrimping and saving but I'd much rather get much cheaper toys and bits and pieces and spend money on a ticket to go and see something in theatre, to go out for lunch, or to go for a day out.

“The studies support that spending money on experiences makes you and that person much happier than on actual stuff.”

She’s even managed to get other family members on board with the idea when they are shopping for the girls.

Jen said: “I've inspired a few people – my mom has always done it, certainly for baby toys, and now my mother-in-law has bought, I think, pretty much everything this year secondhand.

“She's been on eBay. She's done it all from abroad because she lives abroad.

“It's really great that she has embraced that as well.

“Some of the items my mom and my mother-in-law have bought second hand include a full set of Thomas the Tank engine books, full set of Mr. Men and Little Miss books, all sorts of baby toys, a Lego Frozen castle, a mini toddler trampoline, and a mini scooter.”

And Jen says her kids haven’t even noticed their toys aren’t brand new.

She added: “My kids are young enough that they have no idea if they're brand new or not.

“Within minutes, there's something scratched so it really doesn't make a difference.

"They certainly don't know or indeed care as far as they're concerned. It's coming to them brand new.

“When they're a bit older, they might be able to tell and that might bother them but I'd like to think that actually, we can talk to them about the reason why buying secondhand is important and that they will embrace that at the time.” 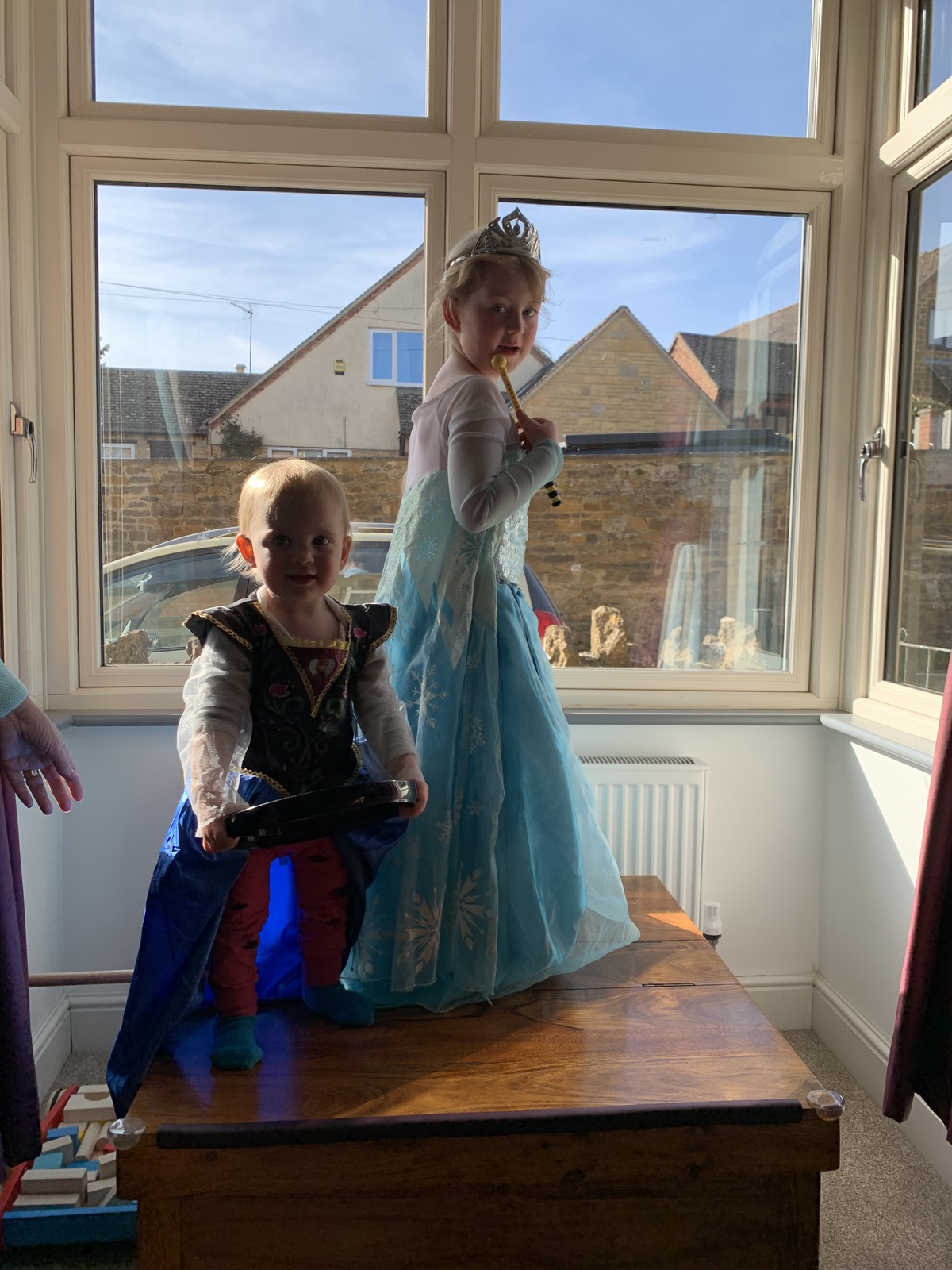 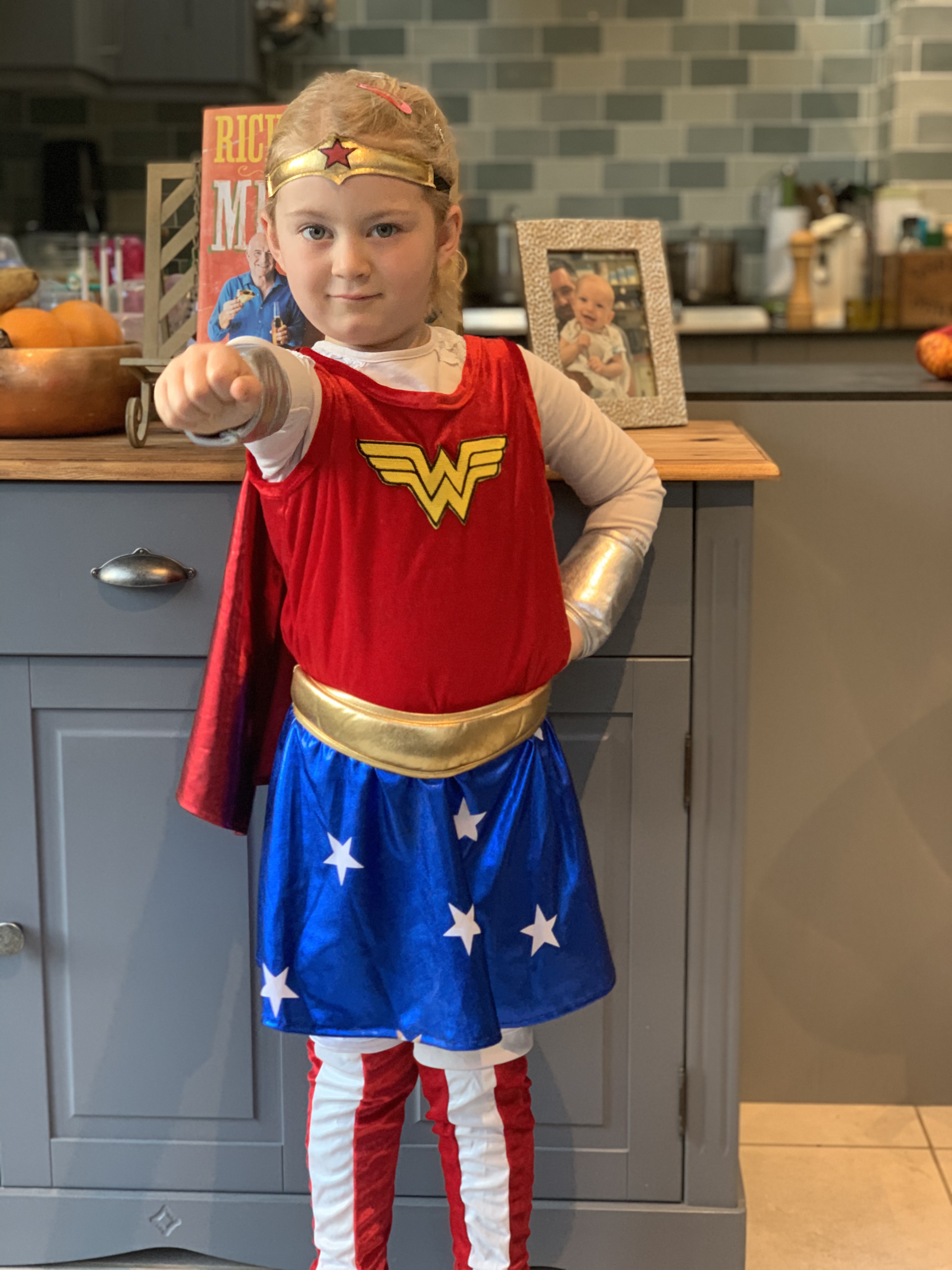 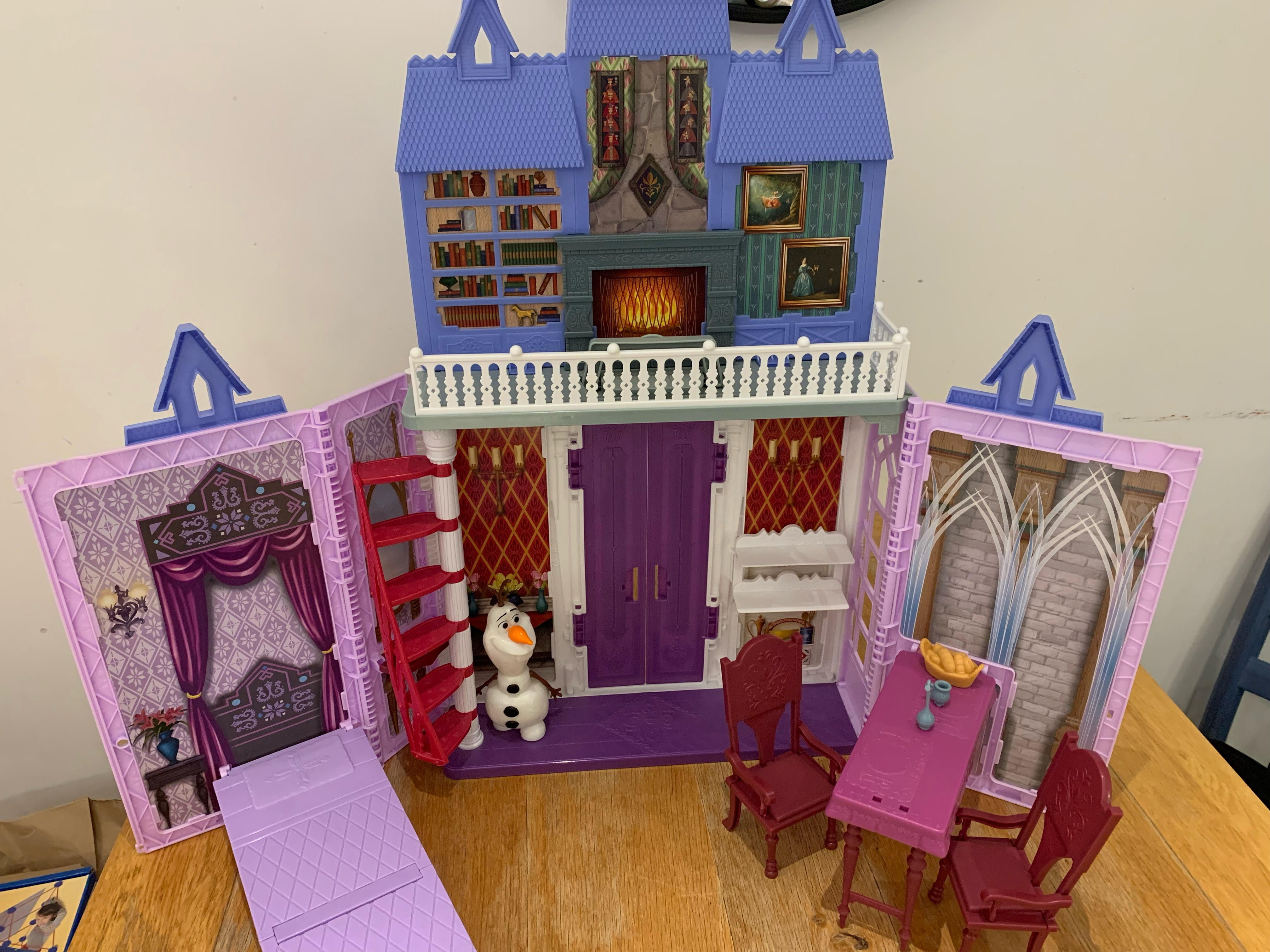 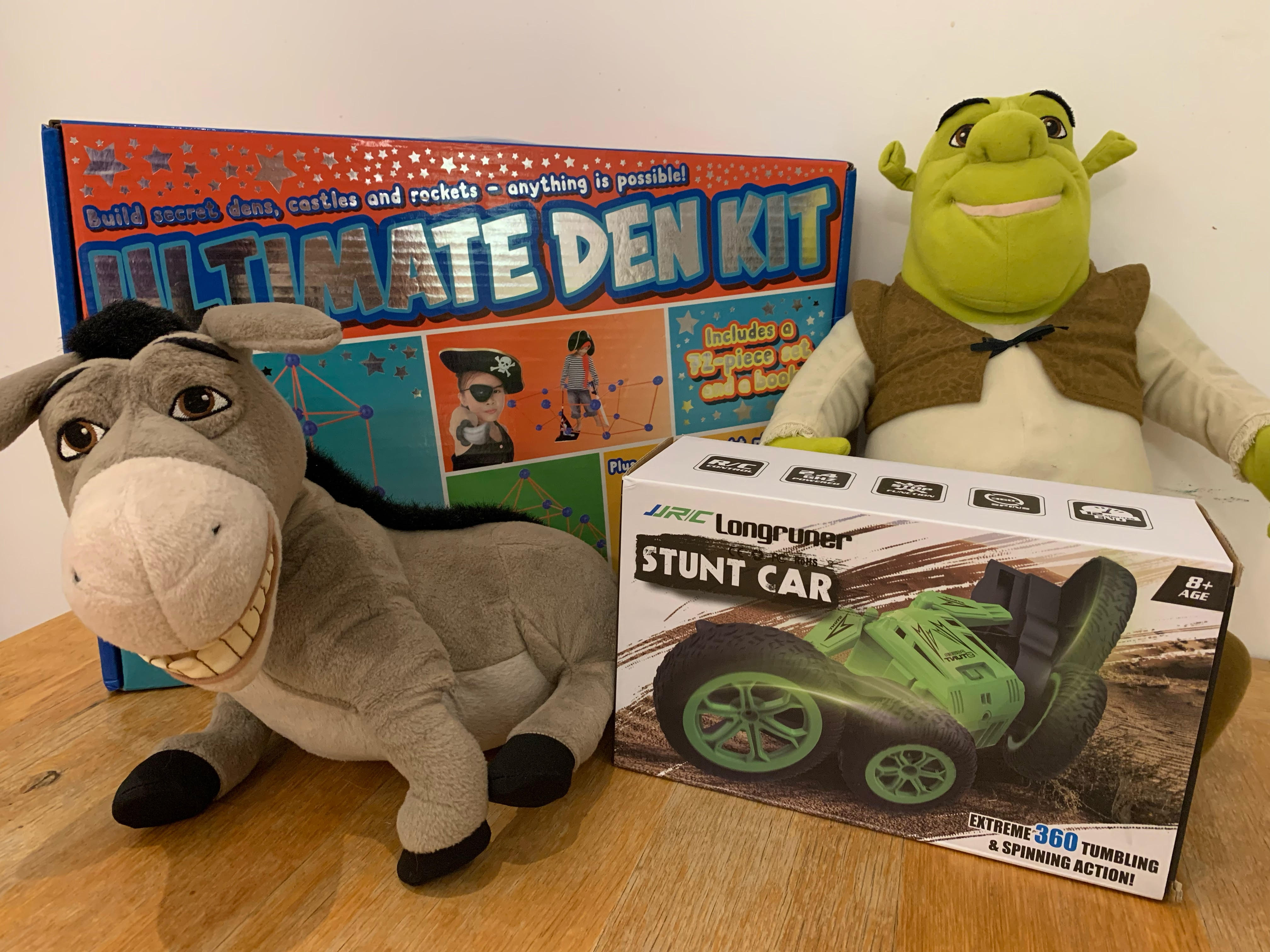 Jen’s Top Tips for Others