Becoming an older mum certainly wasn’t in my life plan.

But just like my Hollywood namesake, Hilary Swank, I was well into middle age when I gave birth to my first child.

So, I know exactly both how grateful and how anxious she must have felt when she found out she was to become a mother. I can also relate to some of the uninvited and unwanted criticism she has faced for choosing to procreate when not in the first flush of youth.

I don’t think anyone intends to leave having their first baby until they’re 44, like I did (or 48, in Swank’s case). But I simply wasn’t in the right place, at the right time, or with the right man to start trying for a baby until I was in my early 40s.

Now, at 51, while many of my peers are dealing with empty nest syndrome as their adult children leave home, I am dropping my seven-year-old daughter off at the primary school gates every morning.

My path to late motherhood wasn’t a smooth one. Again, like Swank, my daughter is the product of a second marriage. Although I ached for a child, desperately, from my mid-30s, it’s fair to say my then-husband didn’t feel the same way.

Before I could even begin to try for a baby, I had to extricate myself from that marriage and meet someone who wanted a family with me – a long, difficult and very messy process.

I then met Mickael, my now civil partner, when I was 39.

Mickael is four years younger than me, and we started trying to conceive just before my 41st birthday. We thought it would take months, if not years, because of my age yet, unexpectedly, I got pregnant that very first month. 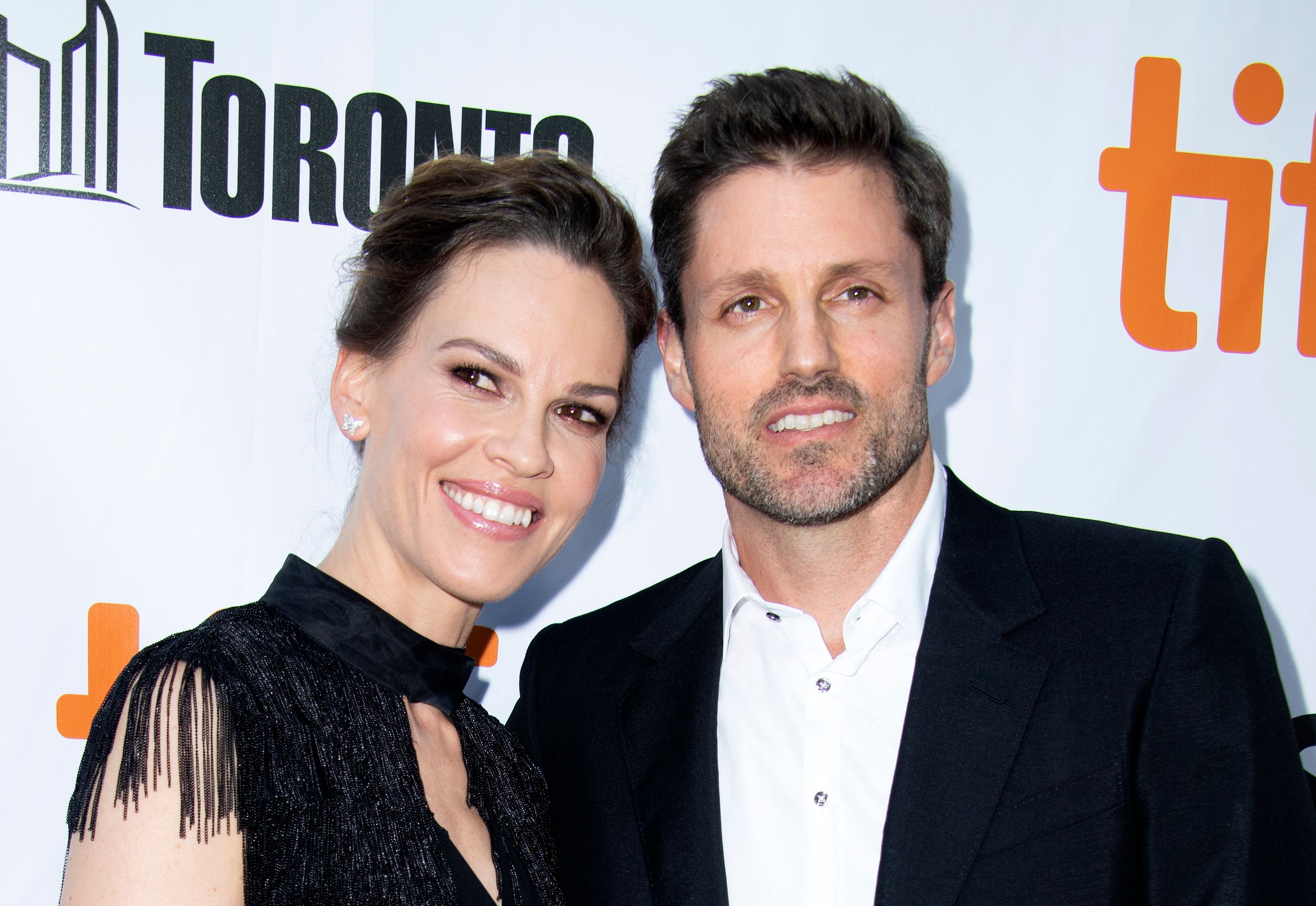 But when I was six months pregnant, we learned that our daughter, Elodie, had an extremely rare chromosome condition, believed to be incompatible with life. I then had to make the horrible and extremely painful decision to have a late termination at 24 weeks.

After that, I quickly became pregnant again, suffering a miscarriage at six weeks. And then I had a third loss, at nine weeks pregnant.

Nobody knows why, although it’s likely that the advanced age of my eggs was a factor. The doctors said I had a 50/50 chance of success and we should keep on trying.

Six months later, at the age of 43, I got pregnant for a fourth time. When I saw the little blue line on the pregnancy test, I felt numb. I didn’t dare to believe it was possible that I could carry to term.

But, at last, the roll of the coin was on our side. Our daughter, Sidonie, was born in June 2015, a few weeks after my 44th birthday.

It’s a myth that all older women mothers must have had fertility treatment, or used a donor egg or a surrogate – all accusations I’ve seen levelled at Swank.

Women have always had babies in their 40s. In fact, I’ve learned that my own great-great- grandmother had a baby aged 48, in 1880.

For me, getting pregnant in my 40s wasn’t difficult, but staying pregnant and having a healthy baby were.

It’s true that pregnancy can be much riskier for an older – or geriatric, as the doctors like to call us – mum. I got gestational diabetes, which made the last two months of my pregnancy miserable, with a restricted diet and thrice-daily pinprick blood sugar tests.

My pregnancy, considered extremely ‘high risk’ was also highly-medicalised – more like a nine-month illness than a gestation. I had to have scans every month, doctors’ appointments at least once or twice a week and more blood tests and urine tests than you could shake a stick at. Add to that my normal midwife visits, and pregnancy was virtually my full-time job.

Sidonie was born at 35 weeks, after my waters broke early, spending three long and very stressful weeks in the Special Care Baby Unit, before Mickael and I were allowed to take her home.

The stress of my pregnancy and her traumatic birth meant it took me a good few months to fully bond with her. I couldn’t quite believe that she was going to survive and be OK – that I was finally a mother.

Thankfully, two years of follow-up gave her a clean bill of health. She is now a bright, beautiful, funny and very chatty child.

There are so many upsides to late motherhood. I know I’m a better mother now than I would have been in my 20 or 30s: I’m wiser, calmer, more confident and more secure in myself. Having achieved most of my ambitions – I’m established in my career as journalist and have had seven novels published – I don’t feel I need to live vicariously through my child, as so many young parents seem to do.

Studies confirm my suspicion that older motherhood can be a very good thing. Research has even suggested that children born to mothers over 40 are generally healthier, taller, and more intelligent than those born to younger mums.

There’s good news for me and Hilary Swank too: there is some evidence that women who give birth after the age of 40 are four times more likely to live to age 100. That’s probably because if you’re able to conceive later, it means you’re generally healthier, with better genes, and you age more slowly than average.

When people suggest that having a baby later isn’t fair to the child because they’ll be orphaned young, I point out that many children lose parents who are in their 20s and 30s.

My only real regret is that, unless Sidonie chooses to have her own children young, I’ll likely never be a grandmother.

Nobody has ever mistaken me for Sidonie’s gran, even though most of her friends’ parents are a good 10 or 20 years younger than me. I’ve always been young at heart, in the way I think and dress, and despite being menopausal, I still have plenty of energy.

Swank has all this, plus the extra benefits Hollywood stardom brings: millions of dollars with which to pay for unlimited childcare, personal trainers, the best toys, equipment and education.

Sidonie has inherited my love of reading and writing stories, and she makes me laugh all the time. She is undoubtedly the best thing that’s ever happened to me, and to Mickael.

I’m certain Swank will feel exactly the same way when her twins are born, and that she’ll be a brilliant mother. If anyone dares to tell her she’s too old to have a baby, she should tell them to mind their own business.

Age is Just a Number

Welcome to Age is Just a Number, a Metro.co.uk series aiming to show that, when it comes to living your life, achieving your dreams, and being who you want to be, the date on your birth certificate means nothing.

Each week, prepare to meet amazing people doing stereotype-defying things, at all stages of life.

If you have a story to share, email [email protected]