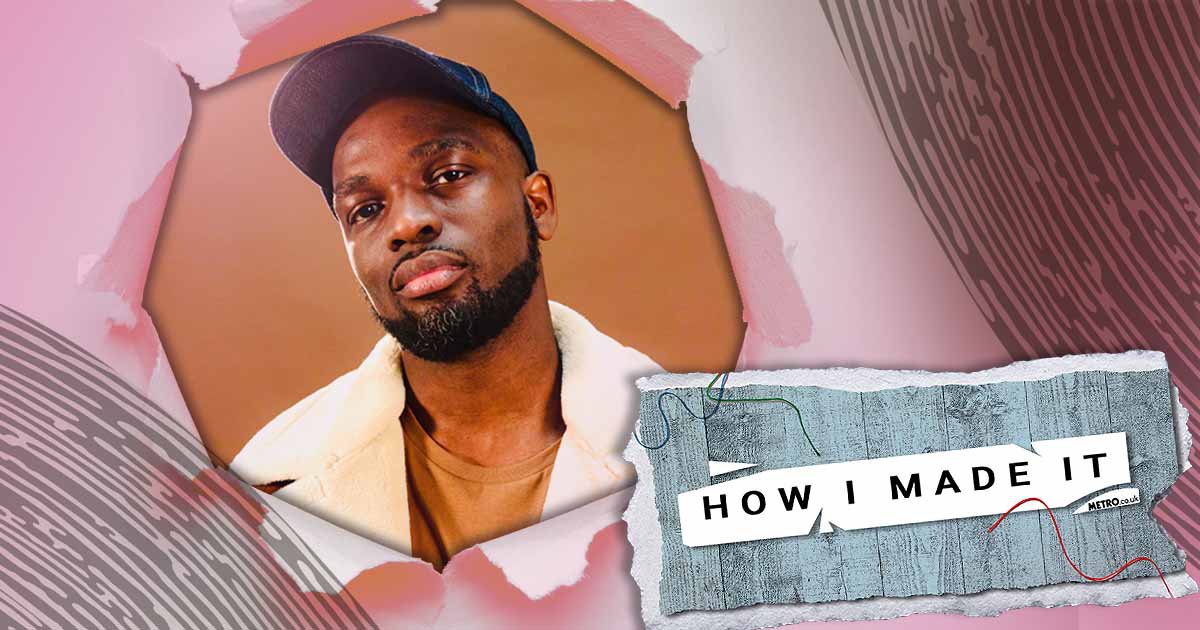 Welcome back to How I Made It, Metro.co.uk’s weekly career journey series.

This week we’re speaking to Swiss, a musician turned activist who went on to found Black Pound Day, a concept that encourages people to spend their money on Black-owned businesses.

The 39-year-old is passionate about supporting the Black community – financially and beyond.

Beginning his career in music, he worked as an artist, producer and DJ, and social consciousness has always been at the heart of his work here too.

Now his social shopping movement has supported thousands of businesses UK-wide and beyond.

Recently he took Black Pound Day a step further, by opening a shop in Westfield for over 80 businesses to get their products in front of consumers, with products spanning from beauty to homeware.

Here’s how he made it happen.

Hey Swiss, how did you come to found Black Pound Day?

It was an idea I had around 14 years ago, and back then I foresaw a day where we as a Black consumer community would support our local businesses – all with the hope that we build and add value to our local-economy.

Back then I never had the resources to bring the concept to fruition.

When George Floyd had been murdered and the protests had reached their peak, my mind concluded that this was the perfect time to actualise this vision because I now had the means to be able to execute it at this point in life, and we had the attention of the world.

What gave you the idea to begin with?

The idea was drawn out of me because of the circumstances that laid before us as a community, society and country.

I knew I had a practical and rewarding solution that everyone could participate in.

I just needed to frame it in an understandable way to get the message across.

How did you set this in motion?

I strategised my approach, put together a list of directives and gave an overarching clear call to action.

Social media was instrumental in this process as it felt like the whole world was communicating with each other on social platforms.

Also to help generate interest I used my network of influencers and musicians to amplify the message.

They all did a 30-second video promoting the cause from a script I had sent them, and I put them all together and used them as part of the marketing campaign for the cause.

How did you transition from music to working for social change?

The core message in my music has always been for social change, so this just feels like an extension of that work.

I made a promise to myself around 2001 that I would contribute and impact my community positively from a grass roots level.

So this work I’m doing with #BlackPoundDay is a fulfilment of that promise.

An average working day in the life of Swiss

Swiss doesn’t stick to a day-to-day schedule and says no two days are the same – so there is no average day.

He plans his schedule more spontaneously according to what needs attention and based on what projects he has on-the-go at the time.

What’s the best thing about your job?

The thing I like most about what I do is meeting the community that are invested in the work that’s being done.

It feels like we are all interdependently working together towards a common goal so whenever we cross paths we share a feeling of reward – it reaffirms the work we are committed to is not being done in vein.

The most challenging experience for me is harmonising my different roles, being a father, family member, entrepreneur and friend.

How I Made It

Do you have an interesting job or career journey?

Email [email protected] to share your story for How I Made It.