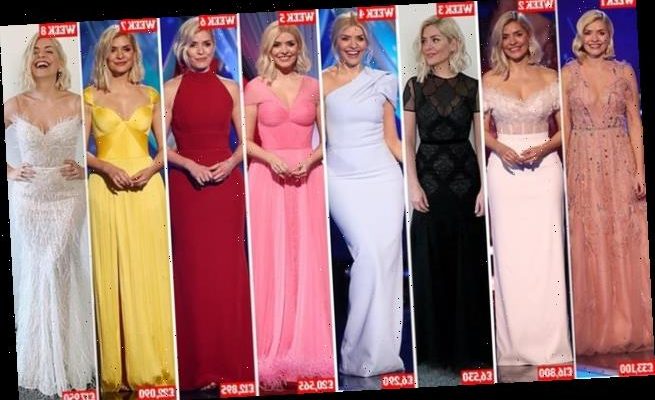 That’s a lot of ice lolly, Holly! As Miss Willoughby hosts the Dancing On Ice finale, how her frocks and rocks add up to a cool £136,000

By any standards, this has been a cursed series of Dancing On Ice.

A further two had to go after testing positive for Covid-19 — Emmerdale actor Joe-Warren Plant and comedian Rufus Hound.

The show was also hit by a ratings crisis, with viewers turning off in their droves — from 5.4 million in week one to only 3.8 million by last week, beaten by the BBC’s Countryfile, with 5.3 million. So thank heavens for Holly Willoughby.

The presenter, 40, has been the only constant — never less than show-stopping in style — in a series of glittering outfits.

Thanks to her new stylist Dannii Whiteman, Holly has wowed week after week in a collection of mostly bespoke gowns, and jewellery (presumably borrowed) worth thousands of pounds. 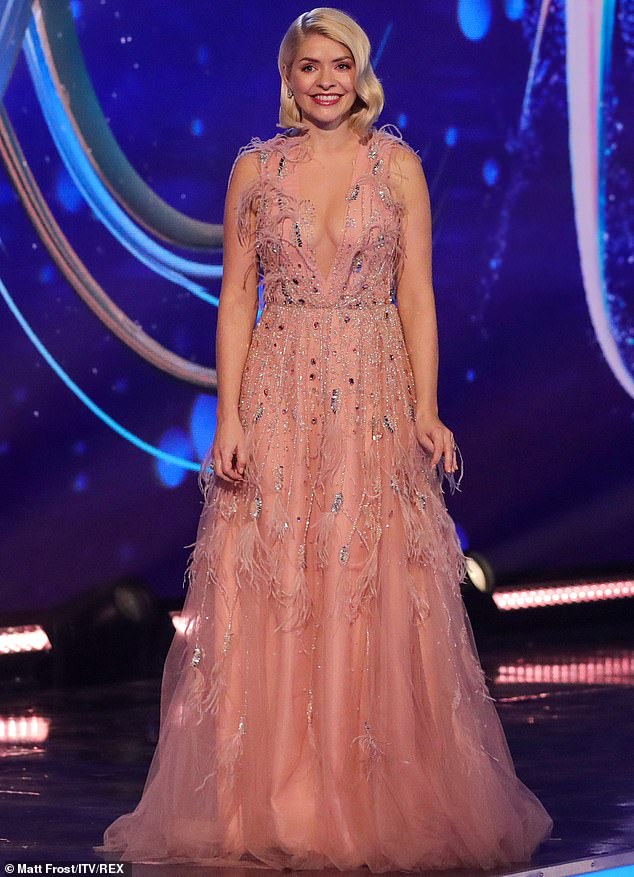 Holly kicked off the new series of Dancing On Ice with this dusky pink, beaded dress, with sequins, tassels and feathers, from Dany Atrache, £6,240.

Holly wrote on Instagram: ‘Gosh it feels good to put a sequin on! Thanks . . . for making me feel like a princess.’ 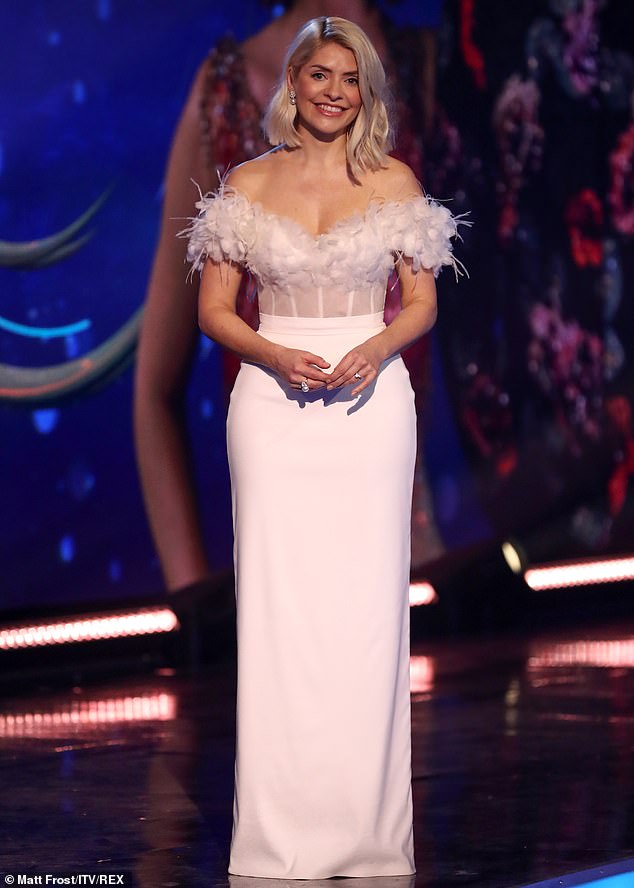 She wrote: ‘I’m over the moon beautiful Holly Willoughby wore bespoke Halfpenny London on Dancing On Ice last night. The Halfpenny London mix of cool and romantic is perfect for her. The bodice is a stretch base with . . . handmade, silk organza flowers and drape sleeves to make it extra dreamy.’ 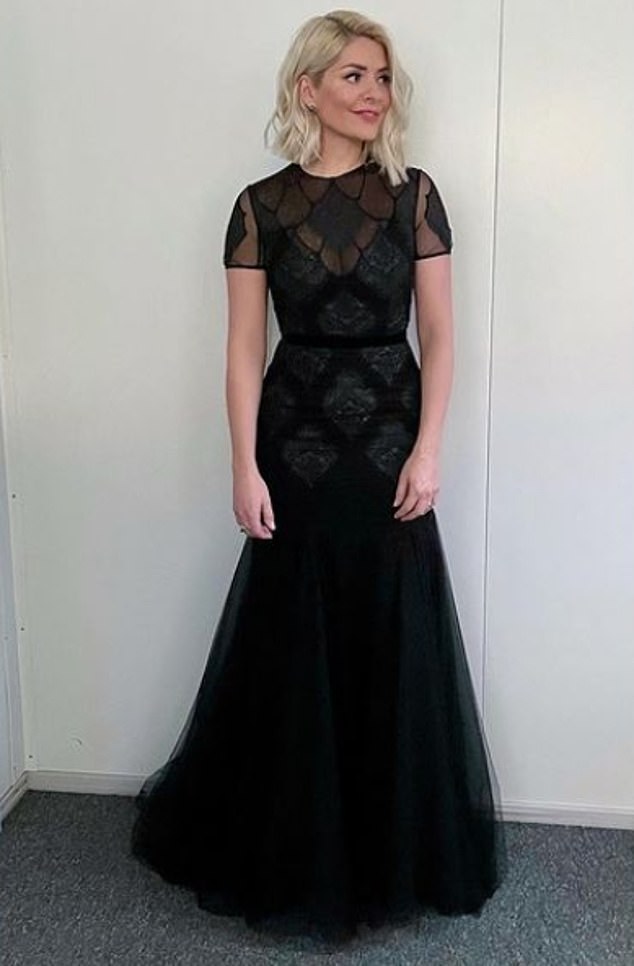 Musicals week on the show hit a sophisticated high note.

Holly wrote: ‘It’s extra glam-tastic as we go to the musicals tonight . . . and man have we missed them!’

Her black lace gown with cap sleeves and sequins by Costarellos is currently on sale for £1,480. She wore shoes by Sophia Webster, £450, and hematite, diamond and gold earrings by British designer Stephen Webster, £4,600. 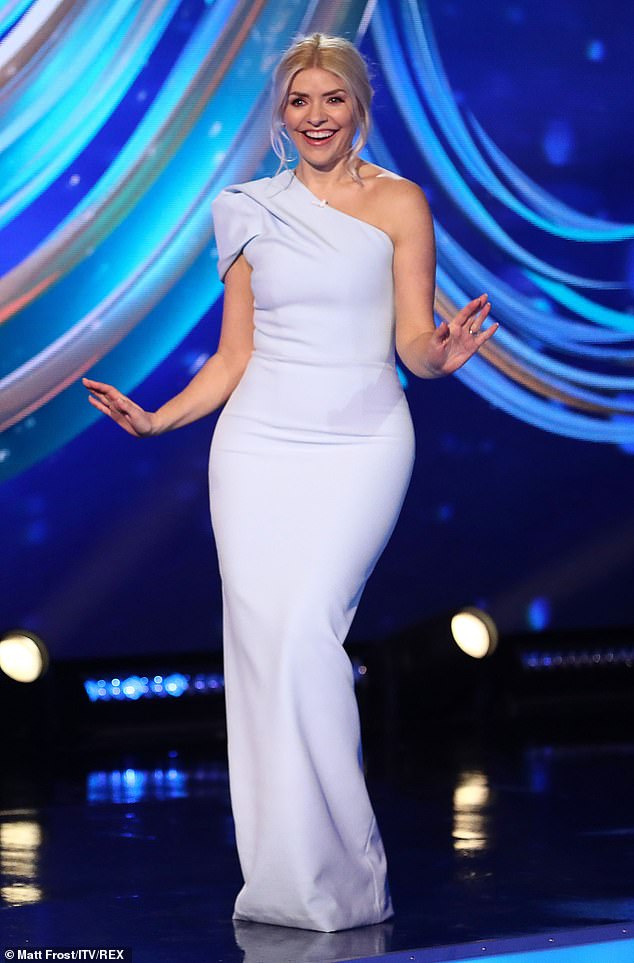 Holly is a picture of elegant simplicity in a £1,250 pale blue one-shouldered column by Safiyaa.

The gown was paired with £790 shoes by Rene Caovilla and diamond drop earrings by Susannah Lovis, £4,250. 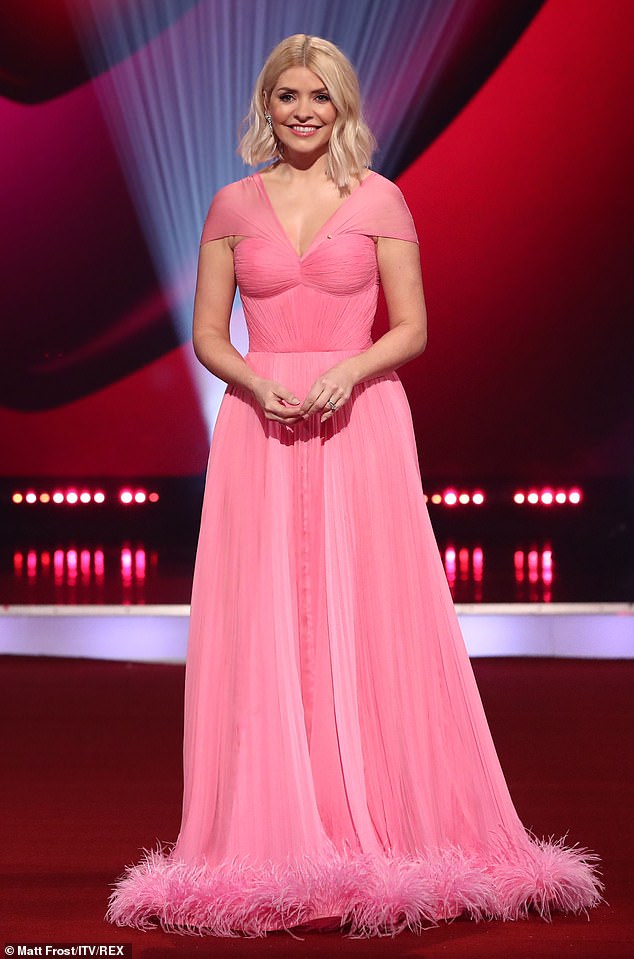 Not everyone was a fan of this bubblegum pink number with the frou frou hem — it had just a touch of the Barbara Cartlands about it.

But as Holly explanined, the show was ‘celebrating the greatest love stories ever told’ for Valentine’s Day. 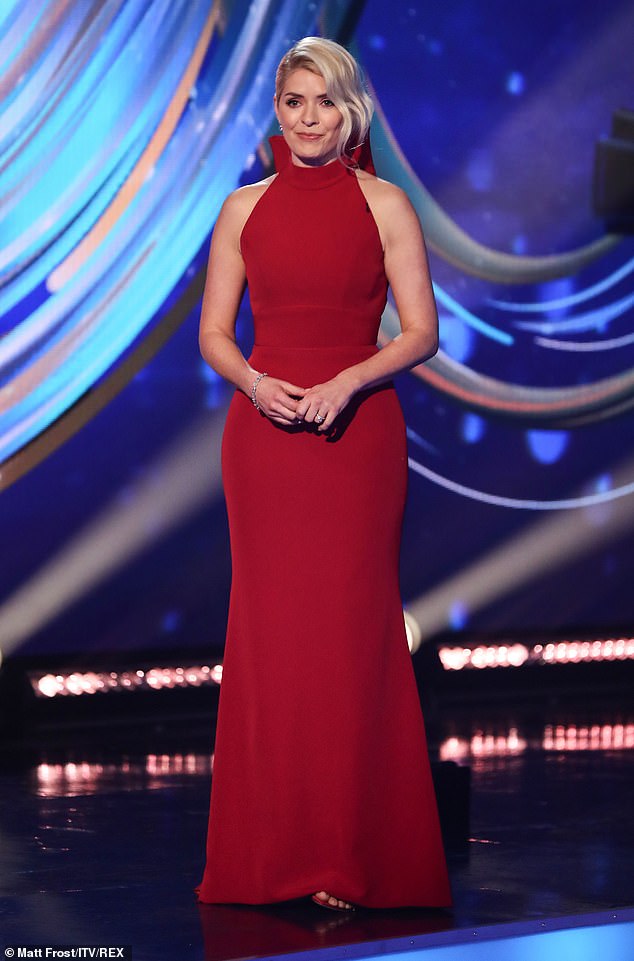 Holly  and her style team chose this gorgeous red halterneck dress with a flirty outsized bow by Sassi Holford for week six. 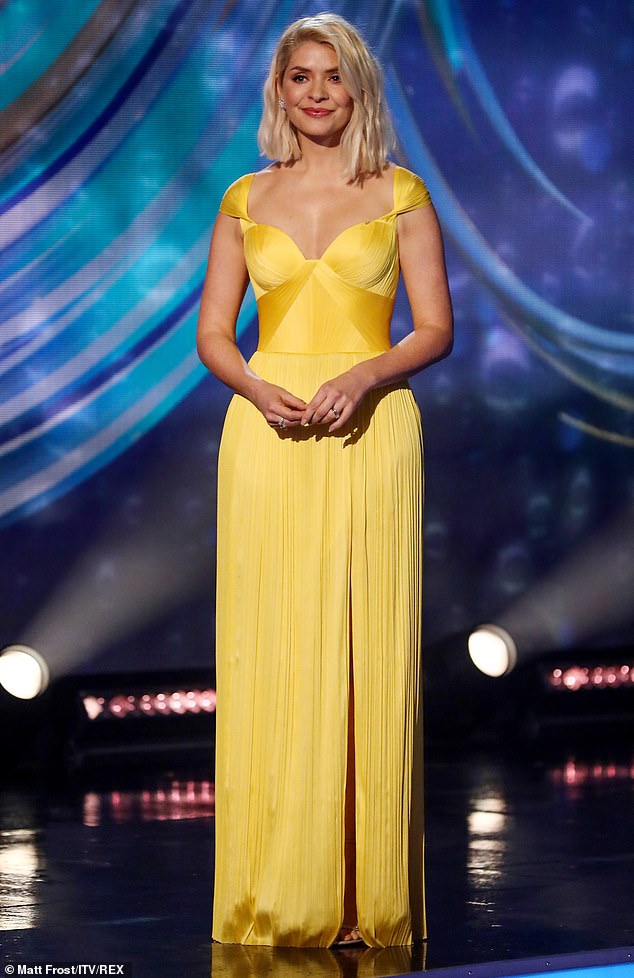 She brought a ray of sunshine to semi-final week, with another dress by Iris Serban.

This time it was a beautiful Fortuny-pleated canary yellow dress, costing around £1,300.

She wore it with spectacular £20,000 earrings (inset) from Noa fine jewellery. Shoes were by Rene Caovilla, £790. 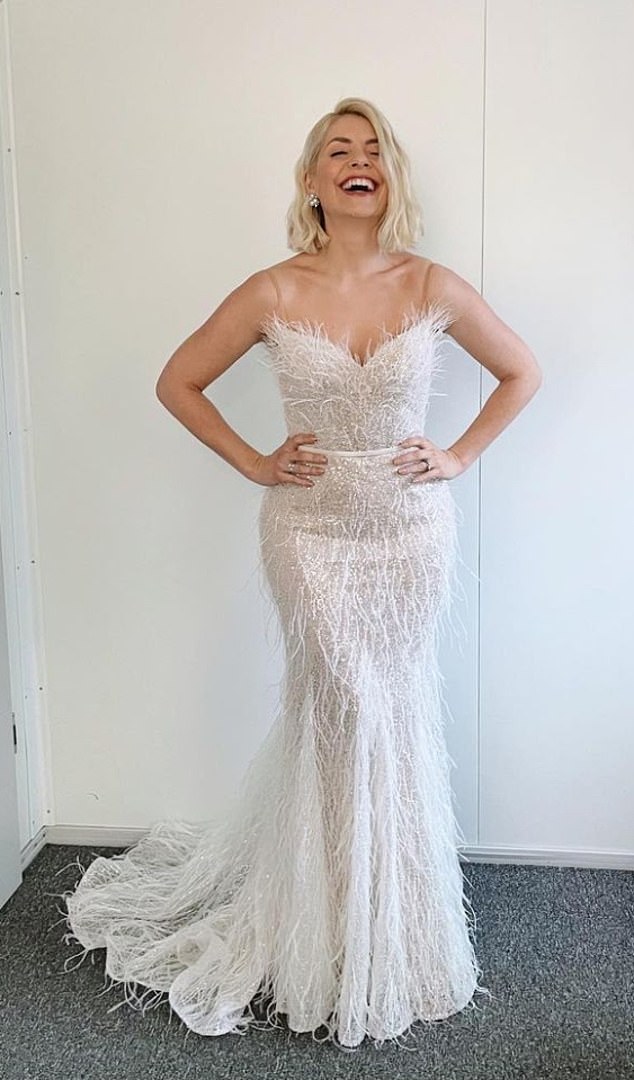 For the last show of the series, Holly donned this showstopping white dress from Lee Petra Grebenau, an Israeli fashion brand known for luxurious bridal and evening gowns and hand-sewn details.