Michelle Young’s season is well underway — and color Ben Higgins impressed! Us Weekly is breaking down the Tuesday, November 9, episode of The Bachelorette on “Here for the Right Reasons.”

Former ‘Bachelor’ and ‘Bachelorette’ Leads: Where Are They Now?

“I think Michelle will go down as one of the legendary Bachelorettes. I think she’s really great at it,” Ben, 32, recently told Us. “I’ve always said, when I watch it as a fan now, like, my mark of a good lead is one that is inquisitive and curious. But also doesn’t react but analyzes and kind of navigates the drama. I feel like she’s doing it well, she’s asking great questions and we’re getting to know these guys as a result. Some previous leads here recently, it felt like we went the whole season without ever getting to know the cast and a lot of that’s on them. They don’t ask any questions, they just kind of sit there and smile and then start kissing them.”

Michelle Young’s Season 18 of ‘The Bachelorette’: Everything We Know

Ben pointed to Joe Coleman and Nayte Olukoya as men Michelle is clearly connecting with. He is also rooting for Rodney Matthews. 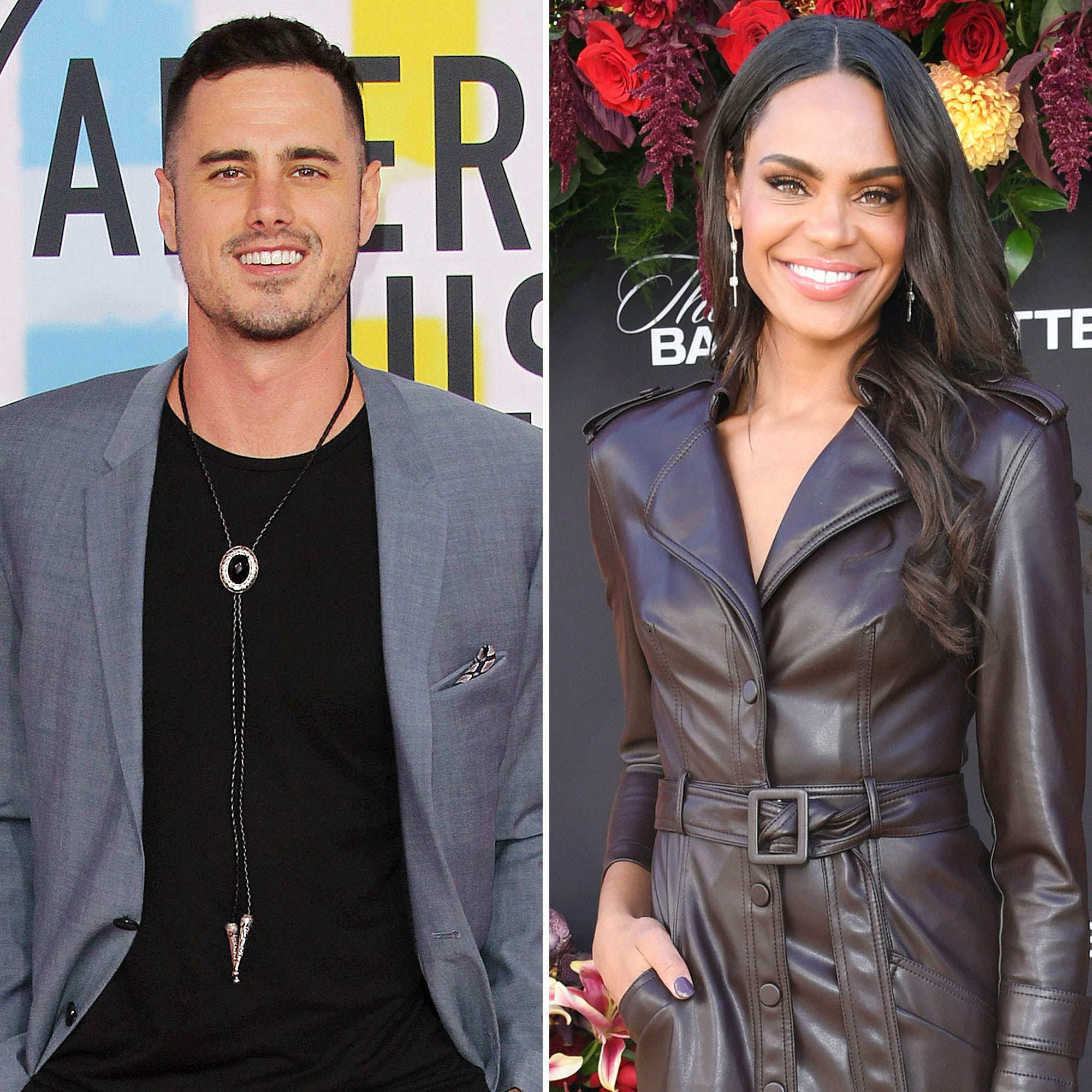 “I don’t know if I’d feel that way if I went back on the show today, but when I started the show, I felt like I didn’t belong,” he explained. “And it wasn’t, maybe, because I didn’t. I’m not saying I didn’t belong there, [but] I just felt [like I didn’t]. And then when you feel it, you have to talk about it. And when you talk about it, it gets awkward because it shows some really deep insecurity and [Rodney] did it. I appreciate that about him. I’m hoping now he kind of takes that jump from, like, lack of confidence to the confidence cause he knows he belongs, and you can see him thrive.”

Ben admitted that he expected Clayton Echard, who is handing out the roses for season 26, to “shine from the very beginning,” which isn’t the case.

Clayton Echard’s Season 26 of ‘The Bachelor’: Everything We Know

“We don’t dislike Clayton. We just don’t really know Clayton and I’m surprised because with the rumors and the, like, unofficial announcement from Jesse Palmer and Mike Fleiss that he is the Bachelor, we got to assume it unless it’s a really good trick,” Ben said. “We expected him to be a huge, like, likable character. So we don’t like him. He’s just, like, fine. He’s good. I’m excited to get to know him. Obviously, once he’s announced and we get to interview him and I’ll get to dig into his life, but that’s been a surprise to me. I really thought that they would use him being the next guy as kind of a conversation throughout the season to get the fans talking.”

For a complete recap of the Tuesday, November 9, episode of The Bachelorette, watch the video above.