If Riverdale has been your absolute obsession over the past few years, you’re not at all alone. What’s sexier than mystery and small towns? Well, just about the entire cast of Riverdale, and you’re not the only one who thinks so. If you’ve been wondering who their lucky partners are, I’ve got the scoop on everyone the cast of Riverdale is dating. The Season 3 finale hits tonight, and while I’ll miss the show over the summer, I’ll be sure to stay tuned to all the developments in the cast’s love lives — so you can be, too.

Yes, I am bouncing out of my chair wondering what’s going to happen in the finale, but I’m equally desperate to know if Cole Sprouse and Lili Reinhart are going to post any more dog videos. I feel particularly attached to their love lives because I often watch Riverdale and then go on Tinder during commercial breaks (it’s just one of my "rituals"). So, in a way, I’m dating the entire cast, but in another way, I’m really not, because they’ve never met me. Either way, I love the show, and there’s no wonder such a talented group of people has kept us all delighted both on and off screen for the last three years.

Read on to find out who everyone in the cast of Riverdale is dating. 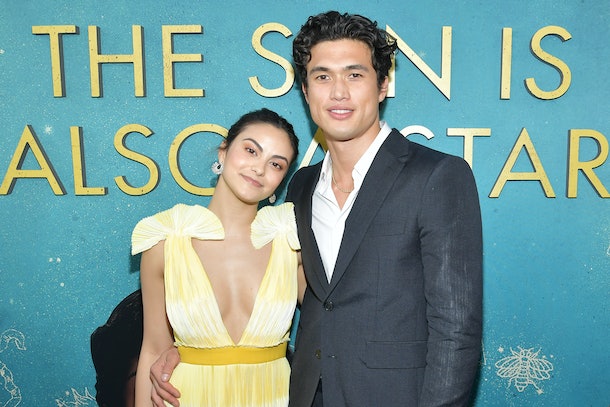 The Riverdale stars confirmed their romance in Oct. 2018, and Mendes recently took to Instagram to talk about her love for Melton (those CM initials are going strong). "Aside from having the biggest heart out of anyone I know, his passion and tenacity are part of the reason I fell in love with him," Mendes wrote in a post on May 14. Sounds like their fall romance is blossoming into the summer! 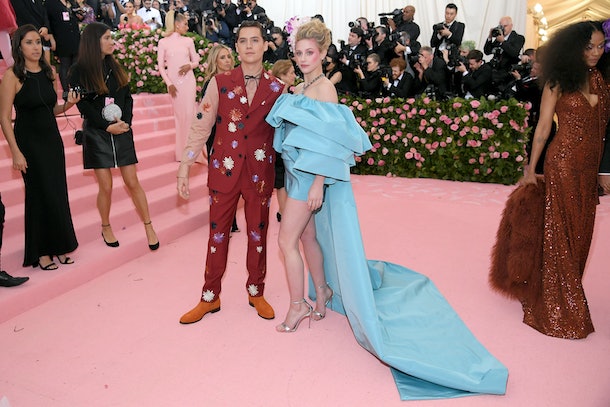 The former Disney Channel star and the Riverdale beauty have been pretty public about their passion for each other since they started dating in 2017. Sprouse is a photographer, and he frequently makes Reinhart his muse. She returns the passion, sharing a recent video of him playing with an adorable dog, Pinky. 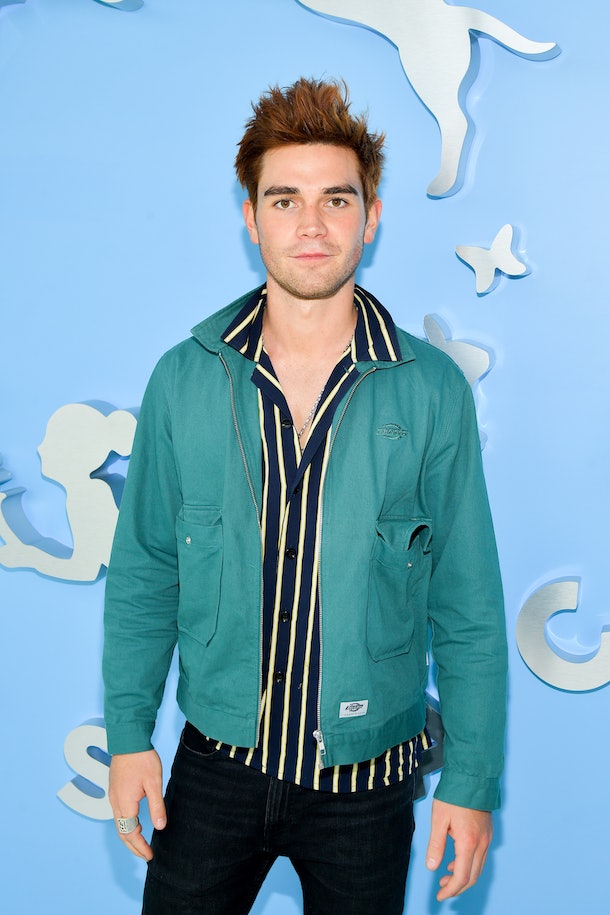 The redheaded New Zealand-er is pretty quiet about his love life, but he was spotted with model Corinne Isherwood, before confirming that the two had split last year. He’s now enjoying his single status (and honestly, so are we). 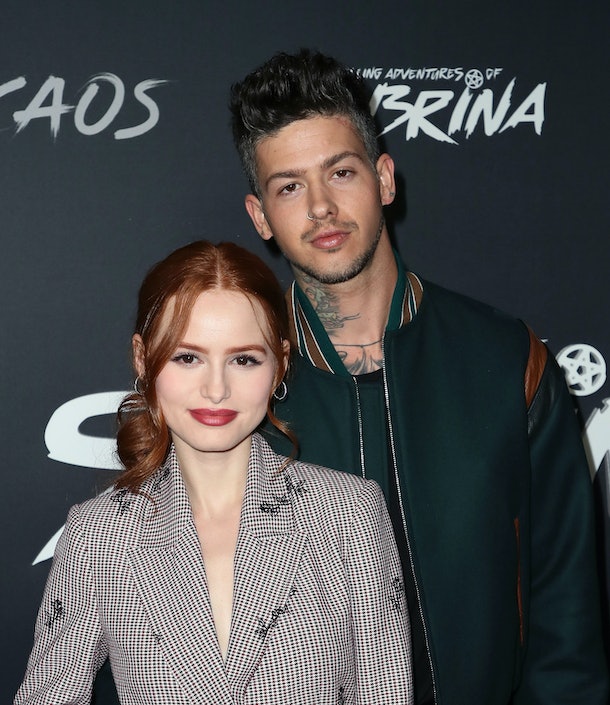 Metsch met the 30-year-old rapper on Facebook after he messaged her to tell her how much he loved the show (relatable much?). They’ve been spotted on double dates with Mendes and Melton — looks like even if you date outside the cast, those Riverdale bonds run deep. 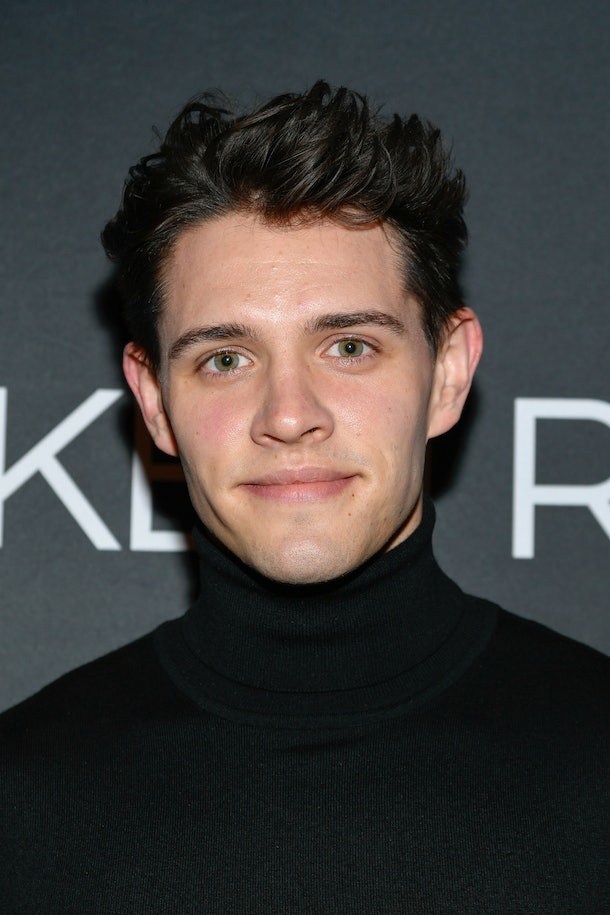 Another single stud, the handsome Cott was recently dating actress Stephanie Styles, but they have reportedly split. Now, he’s riding solo and loving it!

Vanessa Morgan And Michael Kopech: Love At First Base 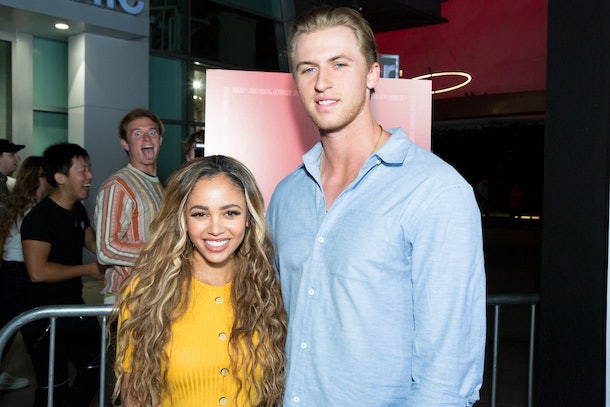 This Riverdale newcomer won my heart, and I’m not the only one. She’s dating baseball player Michael Kopech. I wonder how many bases he’s gotten to. (too far?) 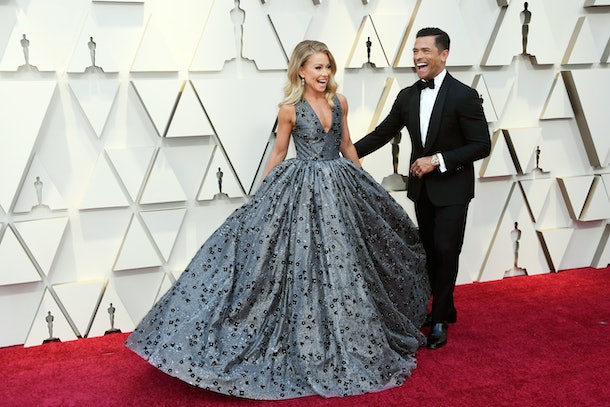 Sure, you might hate Consuelo’s character on Riverdale, but the Spanish-born actor is actually completely loving in real life. Just ask his wife, TV host Kelly Ripa, to whom he’s been married for 22 years. 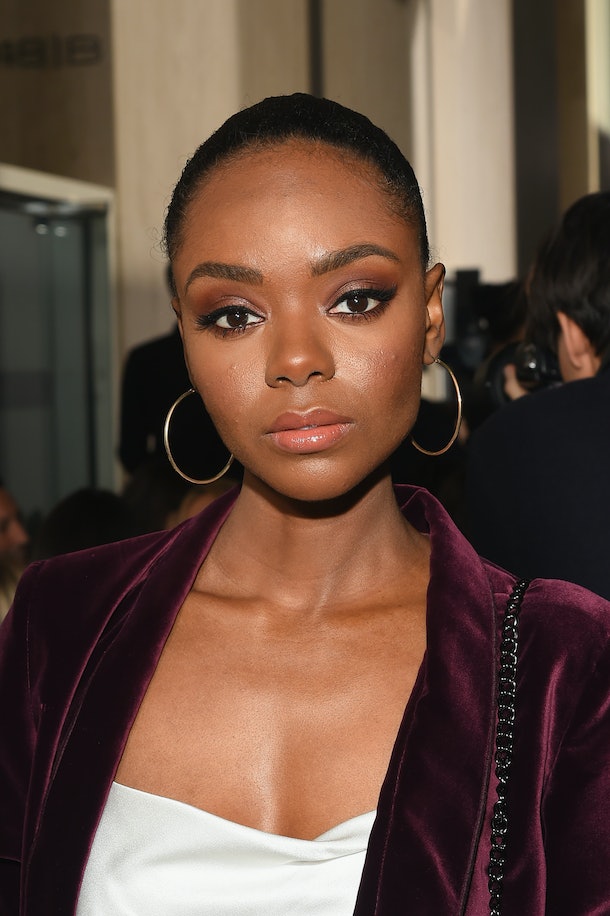 The dancing Josie has been notoriously quiet about her own love life, but she’s occasionally posted pics of a mystery man on Instagram — clearly, she gets her talents for leaving us with a cliffhanger from the Riverdale team. 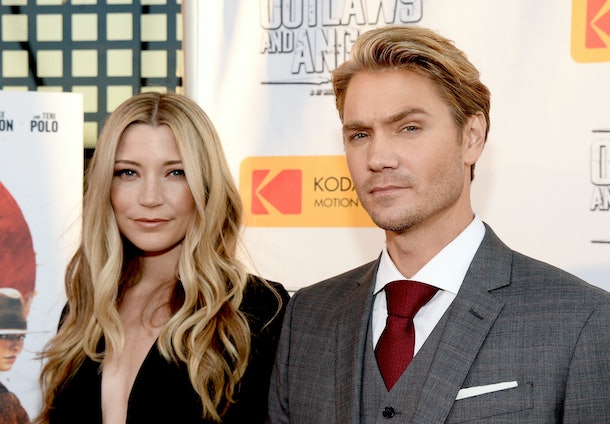 After his divorce from One Tree Hill costar Sophia Bush, Murray married Roemer in secret in 2015 (a secret from me — I think she knew about it). They have one daughter and one son.

The cast of Riverdale never fails to delight on screen, but they also kill it off screen. Their love lives are rich and exciting, and I’m happy to learn about who they’re dating and report back. Riverdale the town may be a hopeless place on the show, but in real life, many of the actors have managed to find love (or are loving their singlehood, which is just as fun!).