After a December that can only be described as concerningly boozy, taking part in Dry January has felt as much of a necessity as it has a choice. It’s also given me the ideal opportunity to write a Gordon’s Alcohol Free Gin review.

Gordon’s, you will be unsurprised to know, claims to be the “World’s Favourite Gin”. Whether or not that’s true is up for debate, but it certainly is the world’s best-selling gin, which is a pretty stellar achievement when you take into account the fact that the spirit's popularity has been on the rise for nigh on a decade.

However, the fact that around one in five drinkers (7.9 million people) in the UK planned to partake in Dry January this year — as well as a more general trend away from alcohol consumption, especially among younger folk — means that Gordon’s had to hop on the wagon sooner or later. Enter Gordon’s Alcohol Free…

*If you click on a link in this piece, we may earn affiliate revenue. 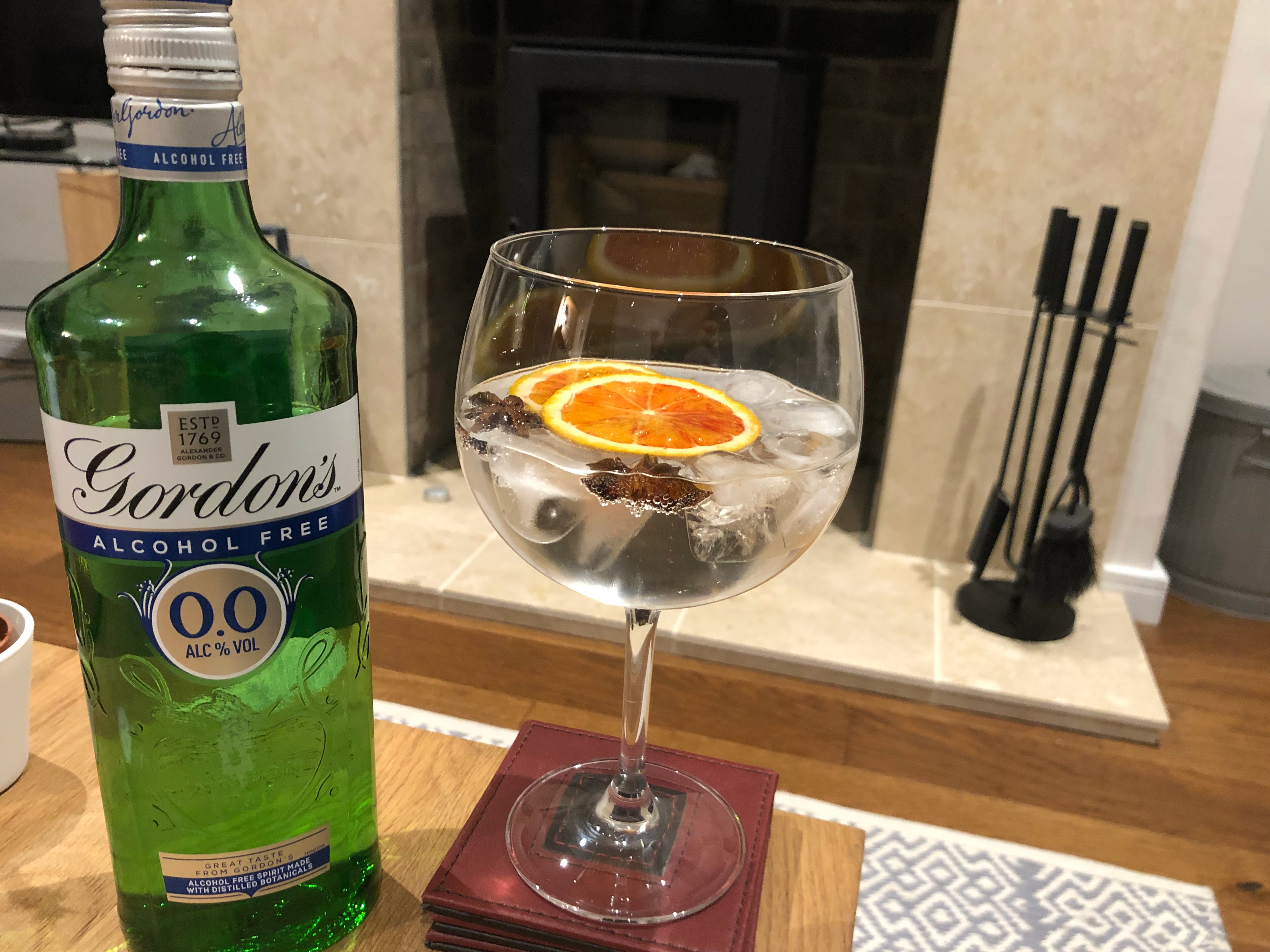 After much thought, I’ve decided that Gordon’s Alcohol Free is a bit of a different beast to some non-alcoholic booze alternatives.

The flavour is tasty and definitely suggestive of gin, with satisfying flavours of juniper and lemon, and I think if I drank this instead of gin for a few weeks I’d forget any differences between the two. Having said that, I did miss the edge that you get from real gin. I guess that’s something you can’t replace.

But I think the main attraction to those staving off booze for a while will be in the preparation: I got as much pleasure from the process of making the drink as I did from sitting down and drinking it.

I’m also a big fan of the fact that it’s easy to distinguish between the non-alcoholic and alcoholic versions of Gordon’s famous green bottle. You’re not going to take this home by mistake thinking that it’s the real thing.

And, as far as booze-free spirits go, it's good value for money. If this is your thing, you’ll struggle to find better bang for your buck.

The first thing I’d like to praise Gordon’s for is the fact that its non-alcoholic gin is very clearly distinguishable from its boozy counterpart.

It’s still in the trademark slender, green bottle that Gordon’s has been using since the early 1900s, and there’s other paraphernalia, too, like founder Alexander Gordon’s signature on the bottle’s neck.

Others trademarks been rejigged slightly. The colour scheme of the bottle has been changed from a vivid green to a more sober blue, which might remind you of non-alcoholic alternatives from other booze brands like Heineken and Becks, and the faintly nightmarish boar’s head you usually find on the cap of the bottle has been moved to the back (out of sight, out of mind).

Instead, the cap is adorned with a very clear “0.0” to indicate that what is in the bottle will not get you drunk, and this brings me onto one of my big likes about the design: even without diving into the wordy label on the back, there are no fewer than five signs on the bottle that this is an alcohol-free drink.

The reason I like this is the fact that, like many others I know, I’ve been burned before. In the more frugal periods of my life I’ve bought the bottle of wine, beer or gin that looks the cheapest, only to arrive home to discover that what I’ve just spent my money on will get me about as drunk as a cup of tea. 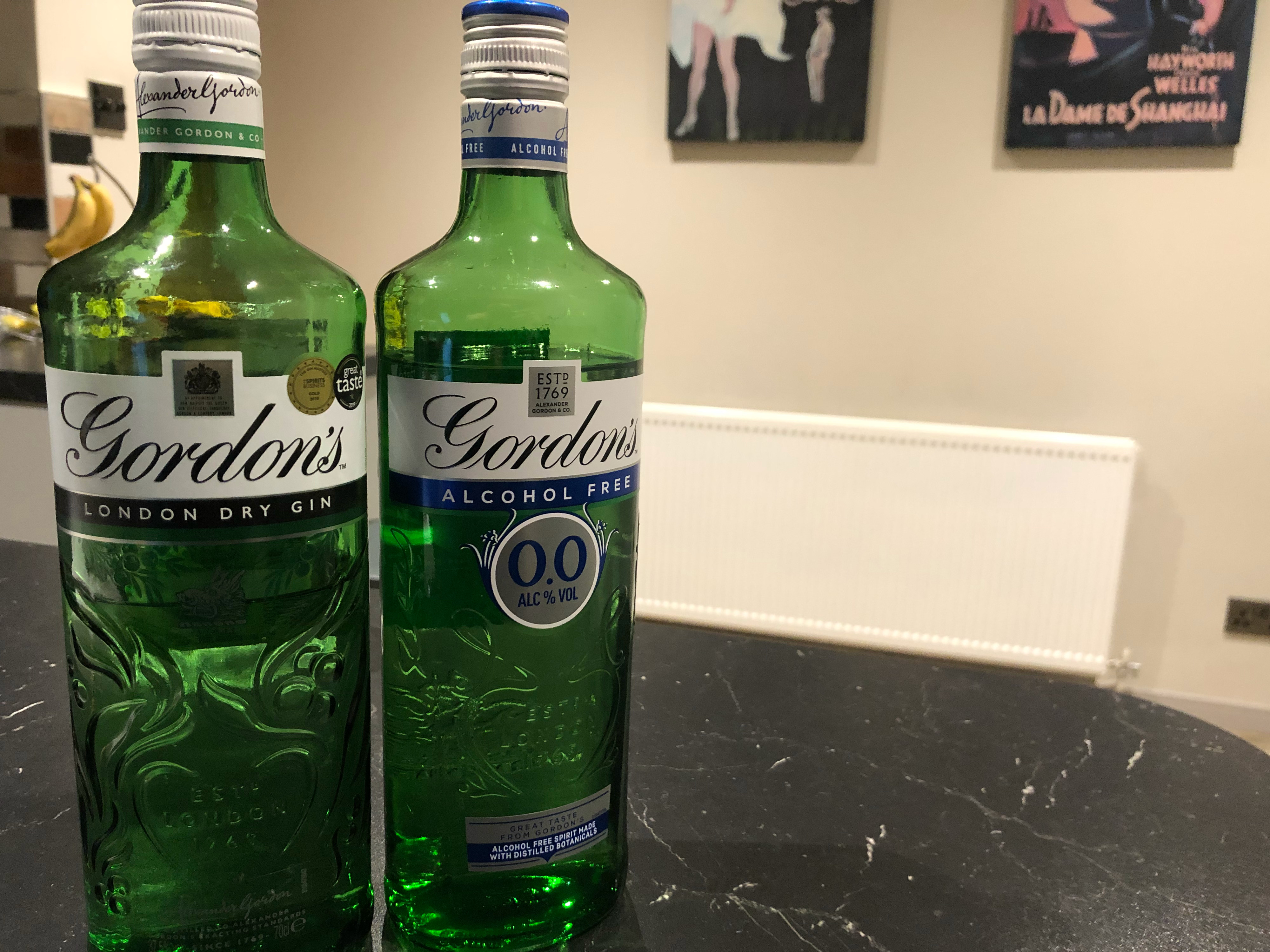 However, unless you’re as ditzy as me, you probably don’t  care a jot what the bottle looks like. It’s all about how it tastes, after all.

And I’m pleased to report that Gordon’s AF is rather tasty. All the notes you’d expect from a gin are definitely there, namely juniper berries (the dominance of which, of course, is what makes gin gin) and citrus.

Gordon's goes hard on the latter, including a lot of that specific sort of lemoniness that keeps you thirsty and leaves a pleasant, sweet aftertaste. Paired with tonic (or lemonade, in fact) it’s a very nice drink, and one suggestible enough that you can get creative with your garnishes. I opted for some lemon peel and fresh basil leaves, which added a nice dimension to it, while blush orange and star anise (above) worked a treat, too.

However, saying that it’s tasty isn’t to say that it tastes like gin. Indeed, many fake meats I’ve tasted have many of the qualities of chicken, but none has really come close to convincing me that I’ve really eaten poultry. Same principle.

When you taste it “neat” is when this is most evident. Of course, unless you’re reviewing the drink like me or are doing so out of pure curiosity, you’re unlikely to try the “gin” by itself. It’s certainly more pleasurable to drink unpaired with tonic than actual gin is; after all, there’s none of that wincing pungency that alcohol is responsible for.

However, I did sort of miss the slight astringency of real gin when you’ve added the tonic. While the juniper and quinine bitterness does keep the fake stuff adult, there’s a certain va-va-voom missing here.

I’d say the biggest pleasure is in the routine — putting the ice in the glass, pouring the gin, adding the tonic, garnishing and drinking. And in the same way long-term vegetarians insist that the aforementioned fake meat is indistinguishable from the real thing, I think that long enough drinking Gordon’s Alcohol free could convince you that this is what gin tastes like.

And anecdotally, when I told a recently sober person I met over Christmas that I was reviewing Gordon’s alcohol free, she said that it was the best Gin alternative that she’d tried. So there’s something. 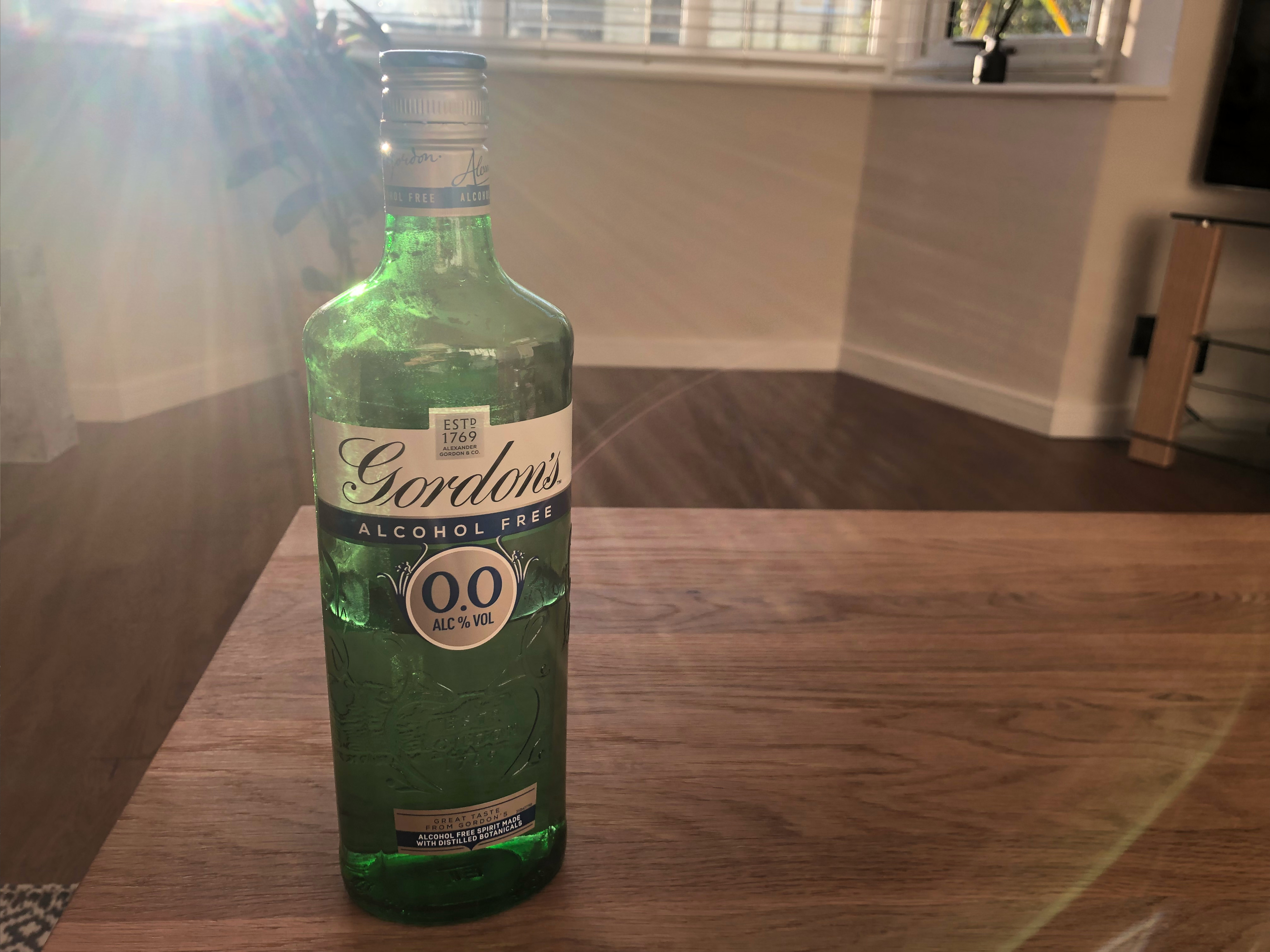 A bottle of Gordon’s Alcohol Free costs £12, making it significantly cheaper than the biggest name in the non-alcoholic spirits game, Seedlip, although that isn’t really a direct competitor; as far as I’m aware Seedlip isn’t attempting to evoke ginniness in its drinks.

It’s still cheaper than other specific Gin alternatives, though. Clean G, which is made by Clean Co., (a brand owned by Made in Chelsea alumnus Spencer Matthews), is £19, while other alternatives go up to nearly £30. The cheapest competitor I could find was from Gordon’s rival Tanqueray, costing £14.99.

What you should take from this is that you shouldn’t expect mad savings on this, or any similar drink, just because there’s no alcohol.

This isn't something I particularly understand. Spirit duty represents £7.50 or so of the cost of a 70cl bottle of gin, explaining why we pay so much money for it, but that's not the story here. Of course, many of the ingredients and processes used to make Gordon's Alcohol Free are still the same as in the real thing, but I'd expect bigger savings.

So it really comes down to whether or not you think drinks like this offer significantly more sophistication than a typical soft drink. If you do, then this is the best value for money you’re going to get.

Per 50ml (a double shot), Gordon's London Dry Gin — the stuff you're most likely to buy on supermarket shelves — contains 104 calories. A can of regular tonic will probably take that up to around 170 calories, while a can of slimline will take it to around 120.

Those watching their waistlines this January will be pleased to know that the alcohol free version contains just six calories per 50ml, meaning that the bulk of your calorie intake in this drink will come from the tonic water you use.

And of course, because it doesn't contain alcohol, it's better for your liver, skin, immune system and mental health.

This is a perfect companion to those doing Dry January, those who've made a new year’s resolution to ditch alcohol, or folk fancy filling a gin-shaped hole but don’t want morning headache.

No, it’s not the most convincing gin taste in the world, but it does taste good, and has all the elements you’re looking for in a G&T. And because you’re pouring it from an iconic green bottle, mixing it with tonic and adding typical flourishes, the ritual of making a gin remains intact.

Best of all, you can drink it while writing a review and make it to the end coherently. Cheers to that. 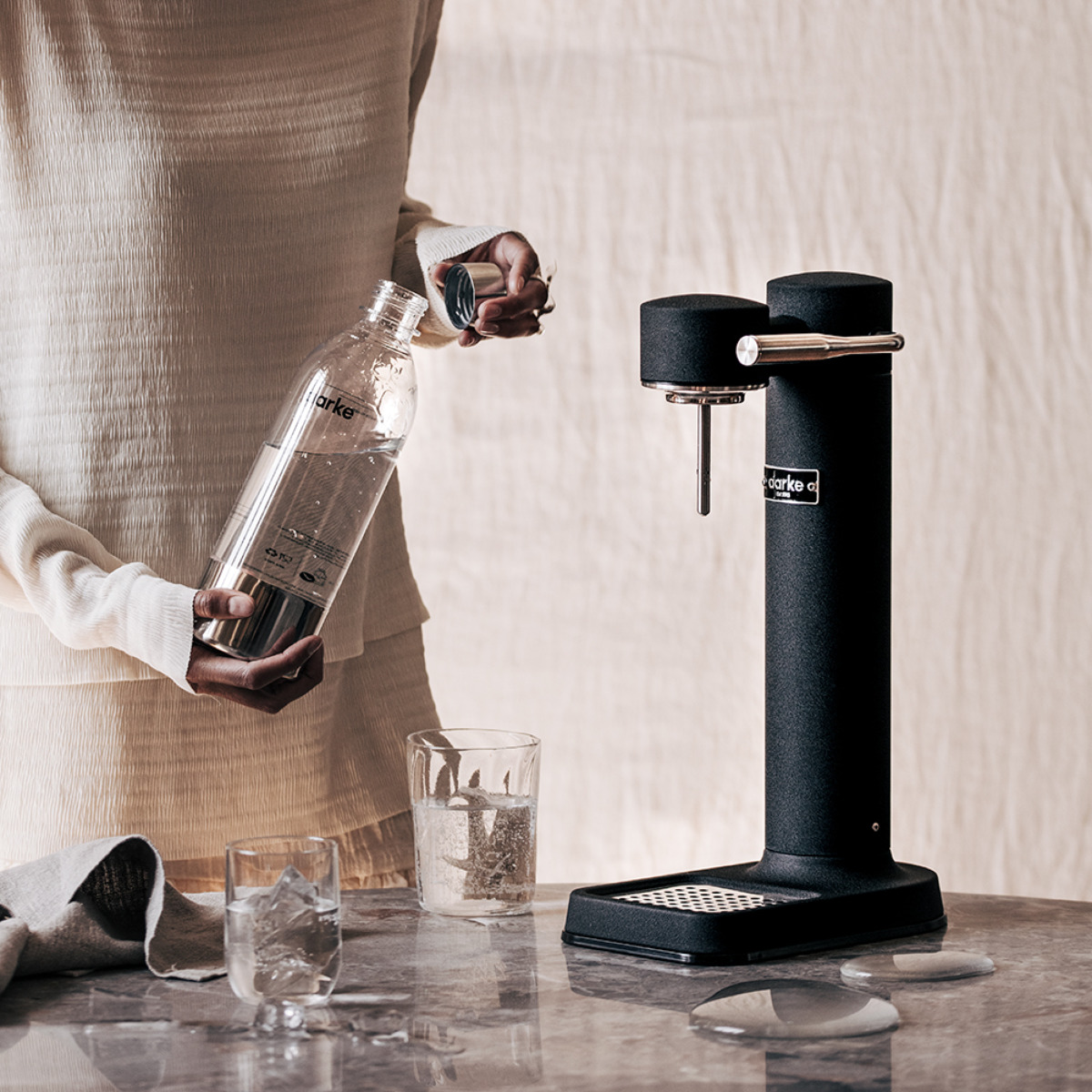 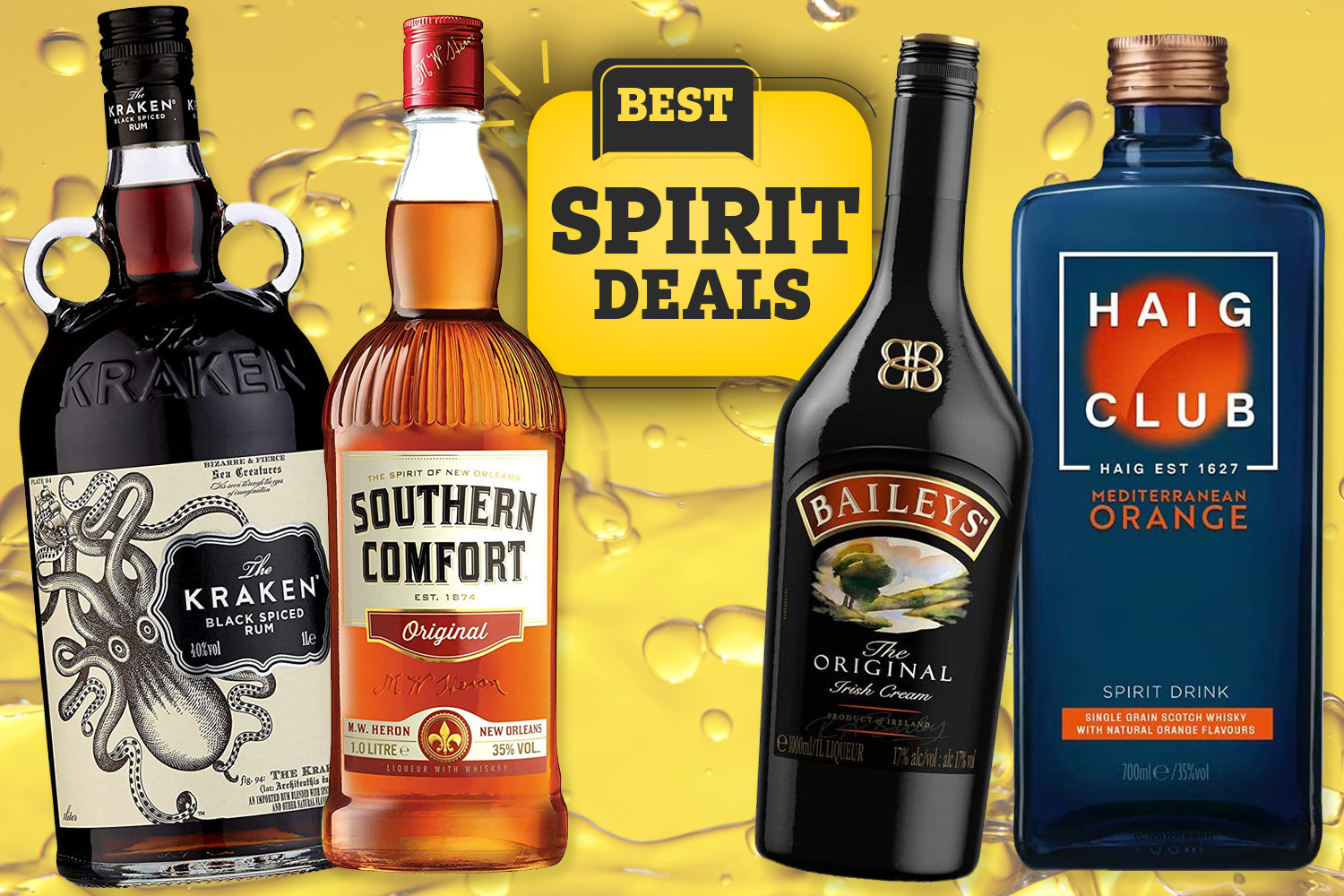 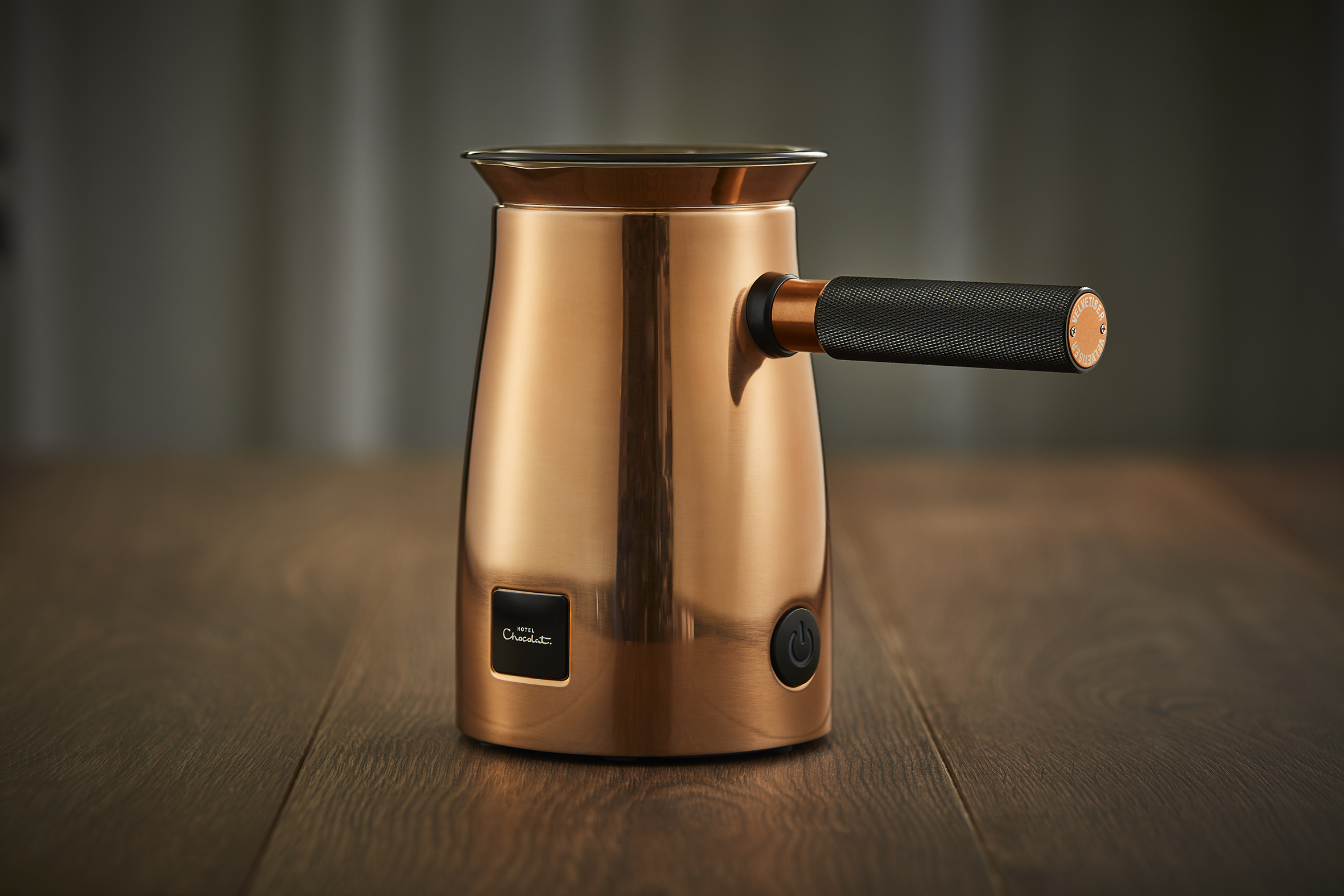 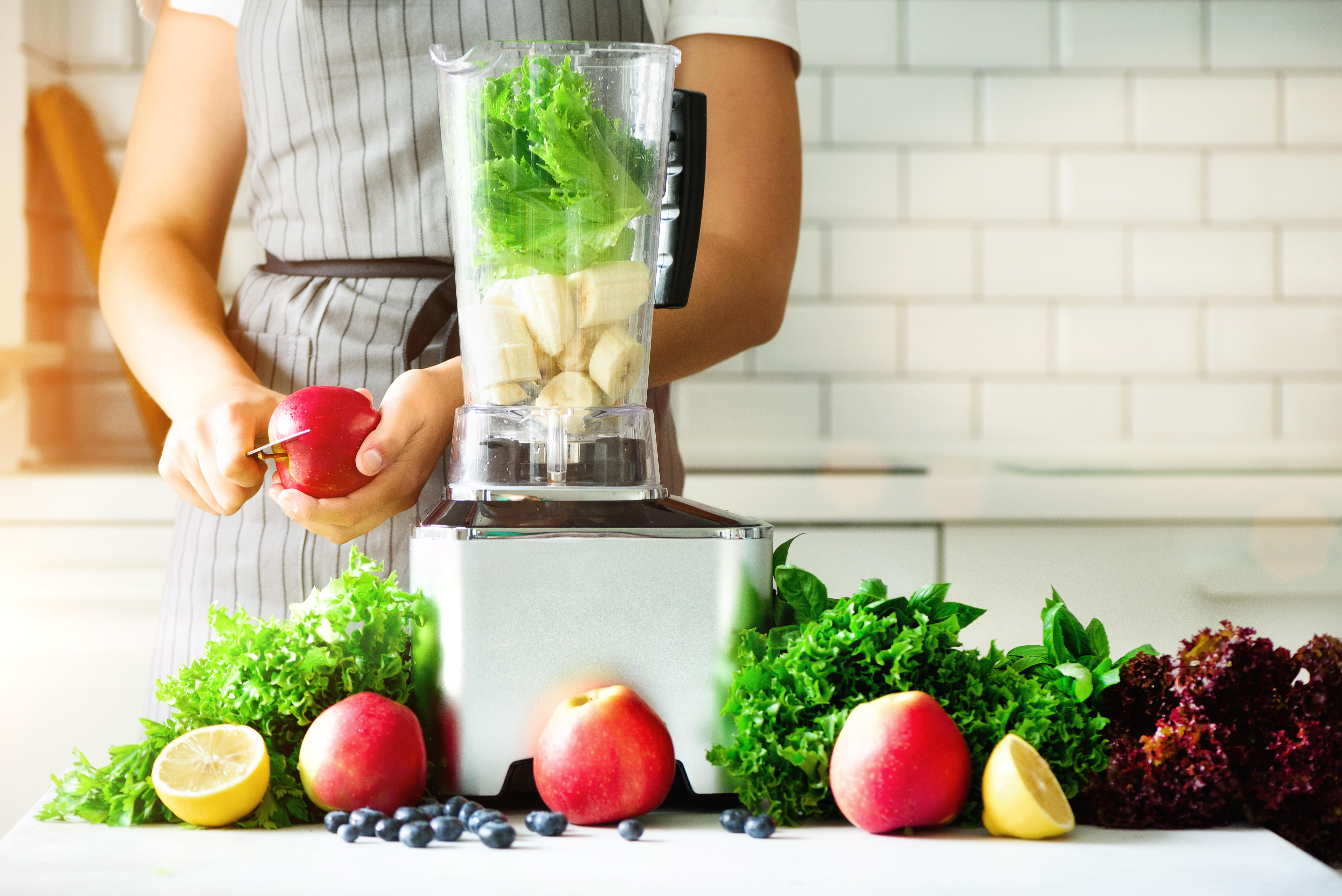 If you enjoyed our Gordon's Alcohol Free Gin review, you might want to look at some more of the best non-alcoholic gins.

Having a celebration but want to stay sober? You might be interested in buying a bottle of the best alcohol-free Prosecco.

We've also rounded up the best non-alcoholic beer that tastes just as good as the real thing.