Not for the faint of heart! Zendaya isn’t a child star anymore, but that doesn’t mean her family isn’t still fiercely protective when it comes to dating.

Everything Tom Holland and Zendaya Have Said About Their Relationship

“My dad, my brothers, it’s a whole thing,” the Disney alum, 25, told British Vogue for the October 2021 cover story, published on Monday, September 6. “Good luck to whoever wants to take that on.”

The Emmy winner didn’t mention her boyfriend, Tom Holland, by name, but the pair have recently become slightly more public about their romance. Earlier this month, the Marvel star, also 25, wished Zendaya a happy birthday via Instagram with a sweet photo of the duo on set. 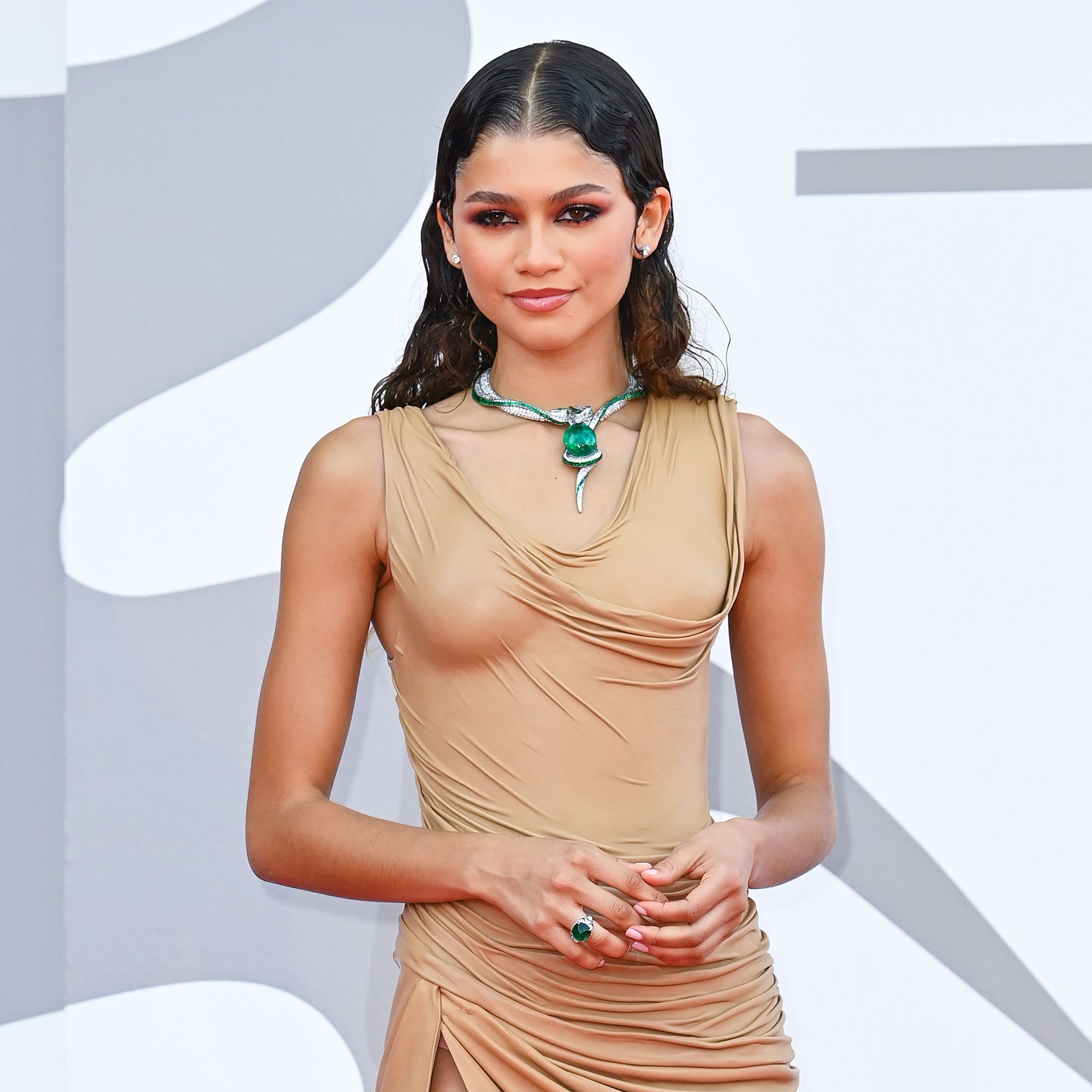 The twosome met in 2016 while filming Spider-Man: Homecoming, but denied they were dating for years. In July, they were photographed kissing in Holland’s car.

“They’re both not one to make their relationship public,” a source told Us Weekly at the time. “They’re private when it comes to dating, so any photos that have come out would’ve just been them going about their business and not knowing photographers were around.”

Zendaya has always been fiercely protective of her private life, revealing to British Vogue that she even refused to have her first kiss on camera when she was a Disney star.

Zendaya Through the Years: From Disney Teen to Euphoric Leading Lady

“I remember being on Shake It Up and being like, ‘I’m not gonna do this. I’m going to kiss him on the cheek because I haven’t been kissed yet, so I don’t want the kiss to be on camera,’” she recalled.

Holland, for his part, has also been reluctant to go public with his dating life, especially now that his role as Spider-Man has catapulted him to worldwide fame.

“It means that if you are dating someone, you have to be really conscious of their feelings, because if something does happen between the two of you, it’s not just happening between the two of you, it’s happening in front of the entire world,” he told British GQ in April. “And it can be very complicated. It’s one of the things I worry about most, of all the things in my career.”

From Costars to More! Zendaya and Tom Holland’s Relationship Timeline

As for the future of her relationship, Zendaya is still very much focused on the present.

“I’ve never been like, ‘I want to do this at this time, then from this age, I want to do this,’” the Malcolm & Marie star told British Vogue. “One day I’ll have a family, but I’m not trying to put a number on it, it’ll happen if it’s meant to happen.”