During the shoot, Zora Simpson Casebere assisted her mother, Lorna Simpson, as a stand- in for Rihanna. For the 22-year-old writer and actor, stepping in for the singer who helped shape her womanhood was a full-circle moment.

At 13, I was deeply grateful that at a formative time in my life, it was Rihanna’s voice and art that became my portals to so many questions about sexuality, sexual exploration and sexual autonomy. Rihanna’s Anti and “S&M” introduced me to the subject of kink in general. As a reflection on rage and an expression of regret, “Man Down” helped me imagine the possibilities of power, vulnerability and complexity that one might hold as a Black woman.

When the accompanying music video was released a year later, I experienced this song as a meditation on the gravity of sexualized violence and a recognition of the sacrosanctity of one’s voice and bodily autonomy. My mom and I often blasted “Man Down” from the car stereo while she drove me to school. I reveled in its ragga influence as a celebration of self and a means of connecting to my mother and her Afro-Caribbean father. 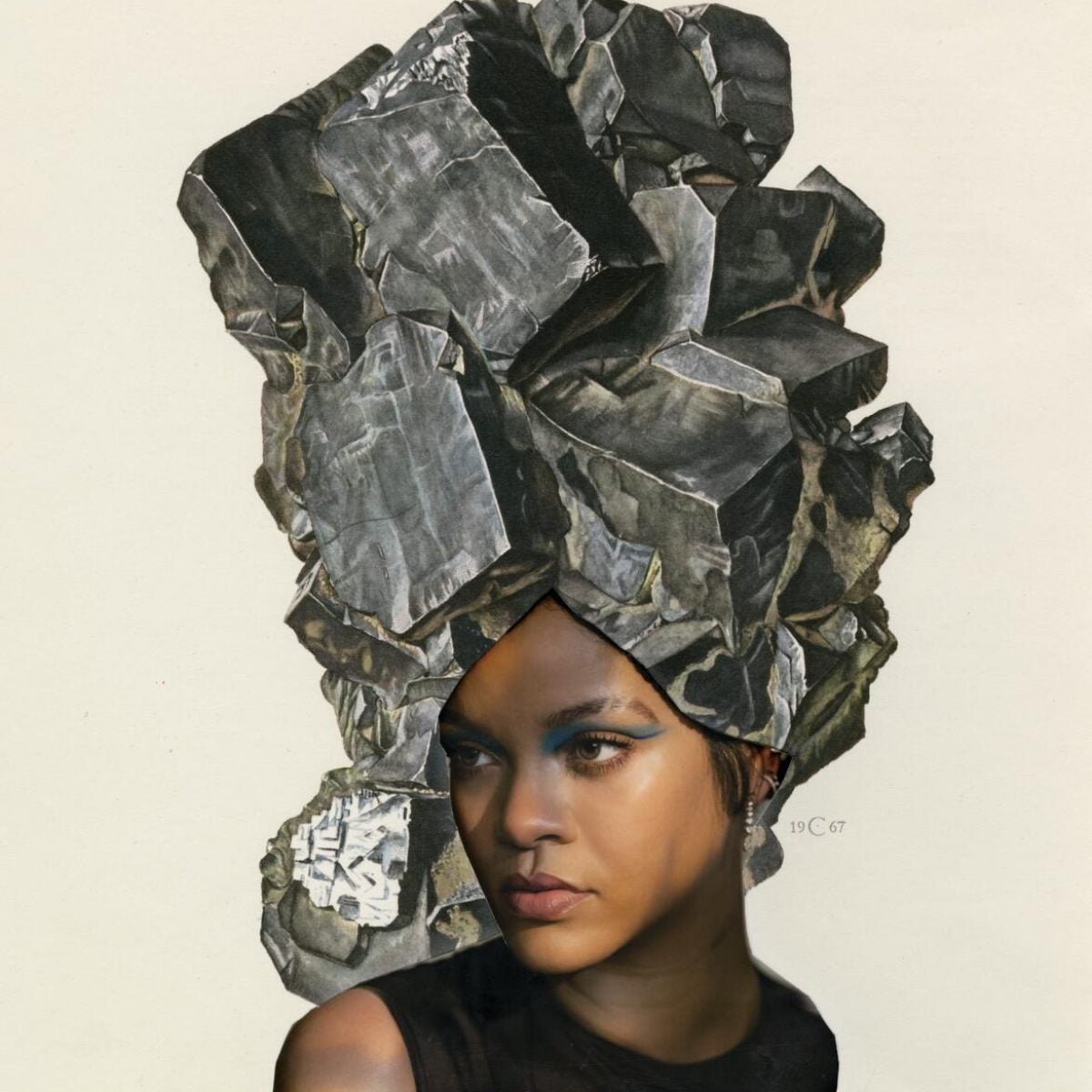 Now, on set, I assisted my mother as a model as she explored how she might later place Rihanna within the visual contexts she’d selected from vintage Ebony magazines, old Associated Press photographs and 19th-century lithographs of mineral specimens. When Rihanna arrived at the set—my first time seeing her in real life—I was mesmerized. She was the very definition of grace, charisma and influence. Wearing a
magnificent Maximilian black headdress, she requested the song “Thick” by DJ Chose, then met the camera with power and possibility—power in how she moved her body through space, and possibility in how she dismantled and moved beyond institutional boundaries.

Days later, I visited my mom’s studio in Brooklyn, where I frequently join her to write. There were two architectural models for her upcoming show at Hauser & Wirth in L.A. on the floor, among stacks of magazines and lithographs. Some of the images were of fiercely posed young women, models in cosmetic advertisements. Some prints appeared to have been pulled from geologic encyclopedias. 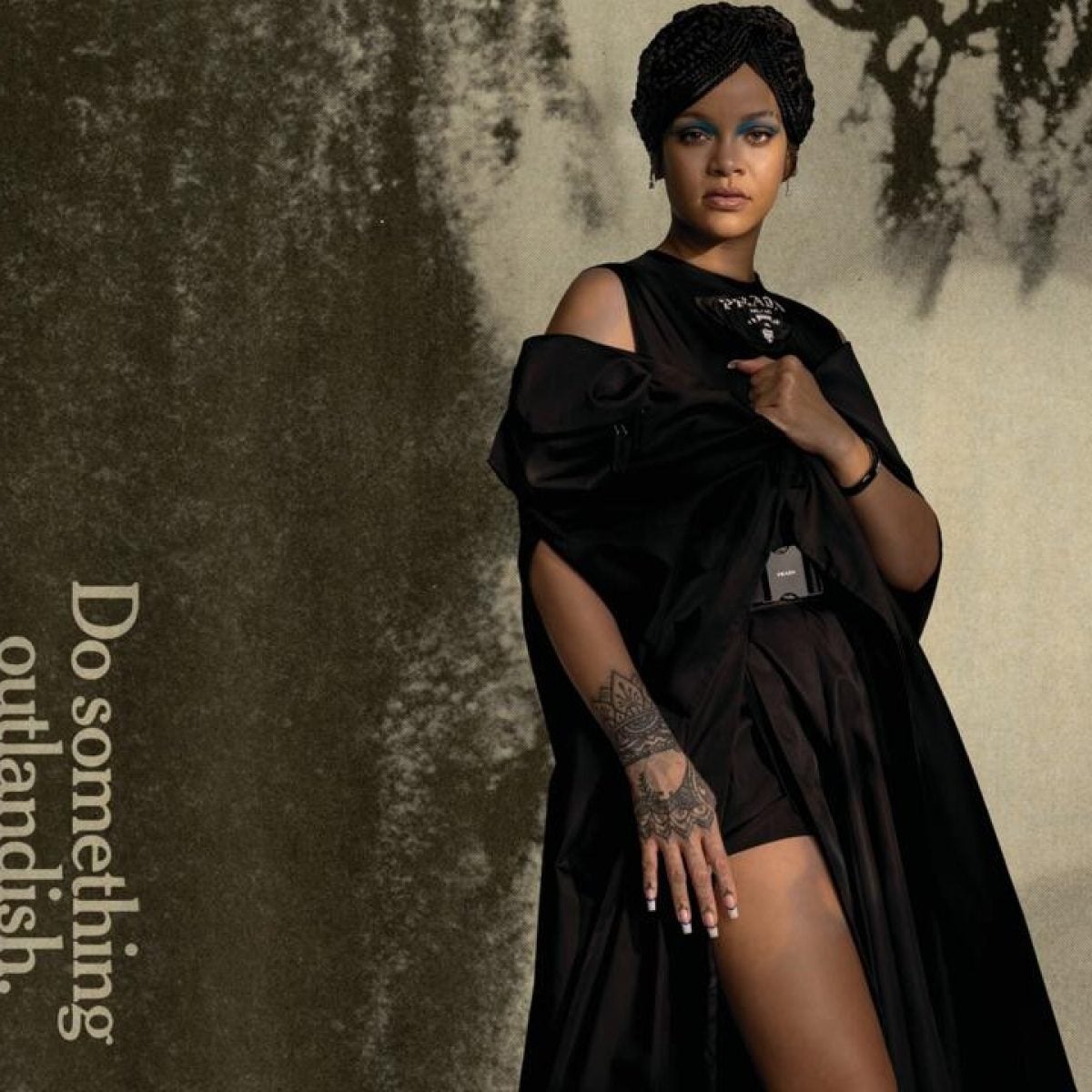 When I asked my mother how she approached making the collages of Rihanna, she explained it this way: “Making collages is usually a very stream-of-consciousness juxtaposition of found images. A month ago, when making a collage for my dear friend MidnightRoba’s upcoming album cover, I began with a photograph she’d taken of herself, then considered what kind of background would be the best fit. This project with Rihanna was a total reversal of those steps. I needed to create images of Rihanna to place within the environments of source materials from my archive. For the project to have the same kind of dramatic visual intensity as my collage work to date, I had to consider the atmosphere and lighting of specific source materials before arriving to
set. Knowing Rihanna’s charisma and commanding presence, my effort was then to be as present and prepared as possible to capture her exquisite performance for the camera.”

Rihanna’s lyrics, sound and persona have played a role in my becoming. She wasn’t singing about tropes of femininity; she was singing anthems of possibility. I can now appreciate how amazing a gift that was to my younger self—and to my present self as well.

After a year in which all our lives and futures have shifted so deeply and rapidly during this global pandemic, being present on the set and watching my mother photograph Rihanna for this striking series of collages—12 years after we’d first celebrated
Rihanna’s music together—was, for me, completely transfixing and profoundly beautiful.

The January/February 2021 issue of ESSENCE is on newsstands now.