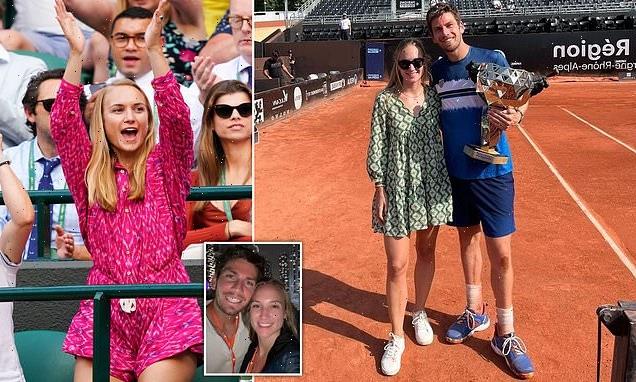 Girlfriend of Brit Wimbledon hero Cameron Norrie, 26, says she ‘just wasn’t interested’ in him at first because he was always away on tennis tours – and insists he’s ‘calm and level-headed’ despite his past hedonistic life

The girlfriend of Britain’s Wimbledon hero Cameron Norrie, 26, has said she ‘just wasn’t interested’ in the star at first because he was always away on tennis tours.

But she initially refused his advances, only giving in due to his ‘persistence’ and the fact he did ‘an amazing job at keeping in touch’ even when they were thousands of miles apart.

She has been described as a ‘calm, positive impact’ by his British parents.

Cameron gave up his partying, hedonistic lifestyle to be more professional after suffering injuries in a moped crash around six years ago,

And speaking for the first time about her boyfriend’s person off the court, she insists he’s ‘calm and very level-headed’. 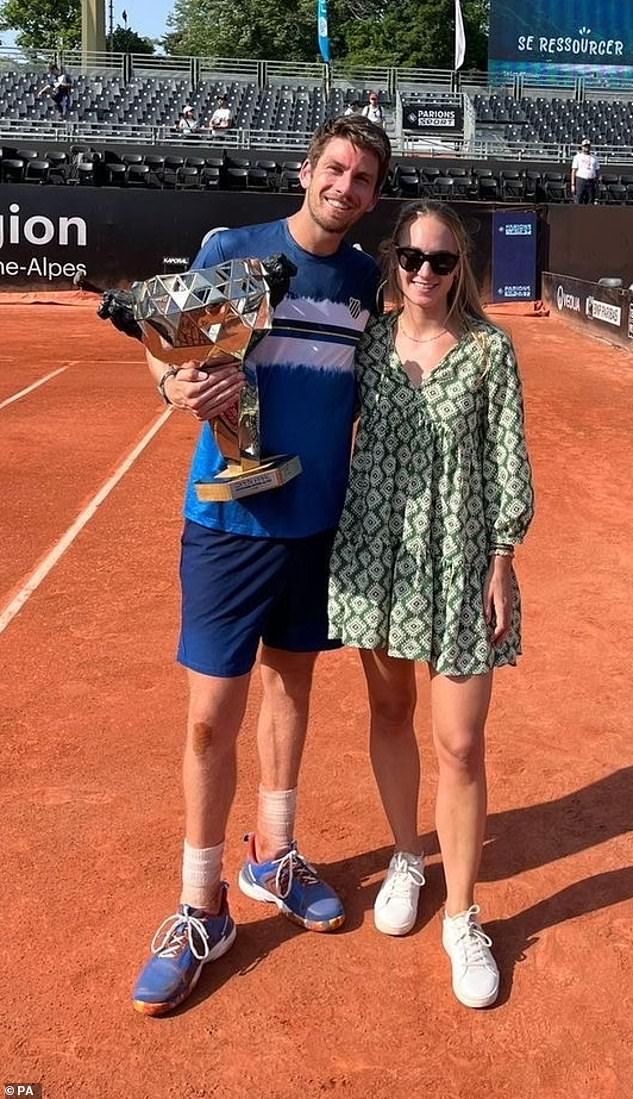 American entrepreneur Louise Jacobi, 32, has admitted she ‘wasn’t interested’ in Britain’s Wimbledon hero Cameron Norrie, 26, at first because he was always on tour playing tennis. PIctured: The couple at Open Parc Auvergne-Rhone-Alpes after Norrie won the Lyon open 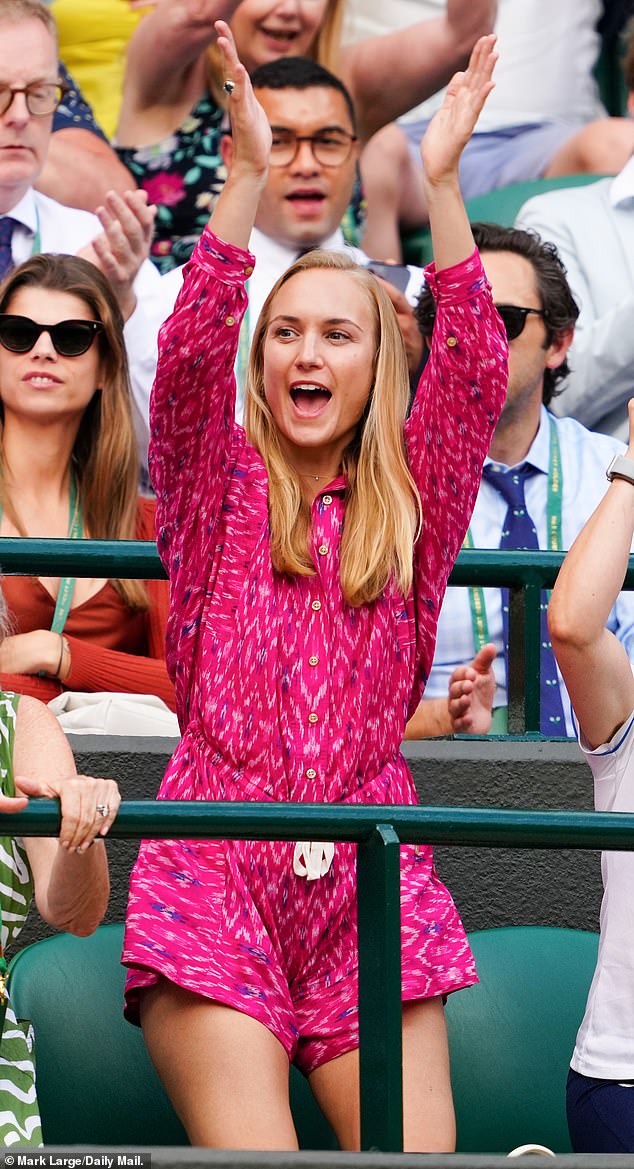 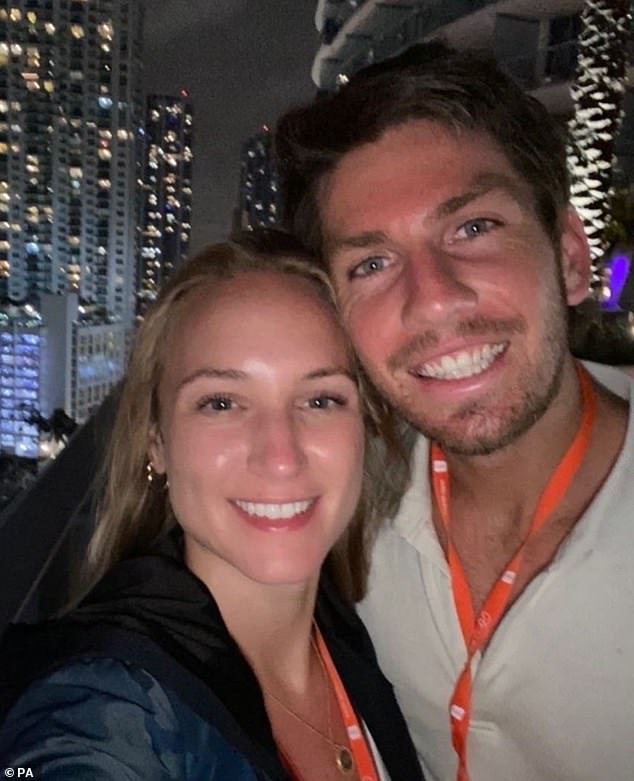 Happy couple: Louise revealed how losing her job during Covid enabled her to cement her relationship with Norrie

Their relationship then only began to flourish in October 2019 when Louise’s former employer went bankrupt and she lost her job.

Cameron then asked her to join him at the Erste Bank Open in Vienna, Austria.

Louise said, ‘When he asked me, I thought, “I guess this guy doesn’t live a normal life, and it’s not like I can meet (him) down the street and go to dinner together”.

‘So I went on this trip and was only supposed to be in Vienna for five days, and things just went really well. I had a wonderful time with him.

‘In some weird way, I was like, “Thank God I got laid off when I did”, because we were able to build the foundation of our relationship before Covid hit.’

He then broke into the world top 10 for the first time in April. 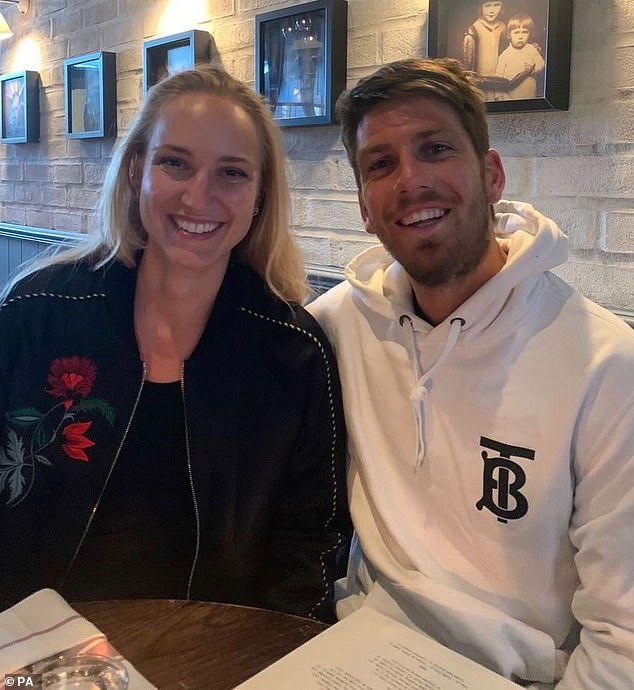 And this Tuesday, he won a place in Wimbledon’s semi-final on Friday after defeating Belgium’s David Goffin in front of a huge crowd including the Duke and Duchess of Cambridge.

Speaking the next day, Louise said, ‘It was surreal.

‘When your significant other is crying in front of you – like choking up – how could I keep a dry eye?

‘Back then I didn’t know it was going to transpire, and just watching his hard work pay off has been insane.’ 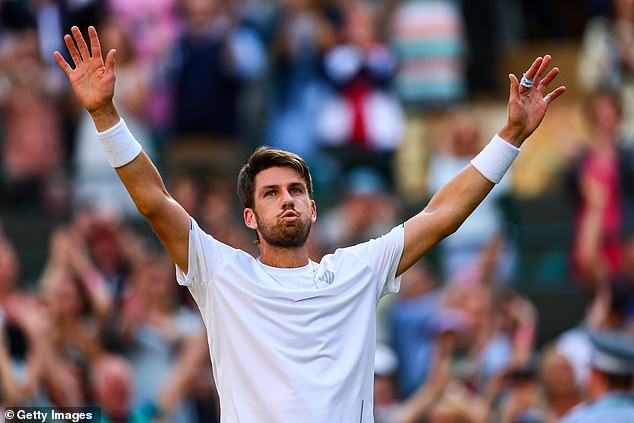 Cameron celebrating after his stunning victory on Tuesday, landing him a place in the coveted semi-final

Chicago-born Louise was introduced to Cameron, who was born in Johannesburg, South Africa, but has a Scottish father and Welsh mother, in the summer of 2019 by mutual friends after he had been studying at the Texas Christian University (TCU).

Describing how her beau is off court, she said, ‘He’s pretty similar to on the court, in the sense that he’s very calm, very level-headed, easy-going and takes things as they come.

‘That’s pretty much exactly how he is.

‘He loves golf and he loves playing with his trainer who stays with us a lot – backgammon, playing with their Rubik’s Cubes, timing each other and stuff like that.

‘When he retires I want to go skiing with him, but right now is not the time.’

Louise, who is the founder of Studio Virgo – a homeware and fashion accessory shop – also revealed that she is friends with some of the other players’ partners, including Team GB star Dan Evans’ fiancee, Aleah Evans. 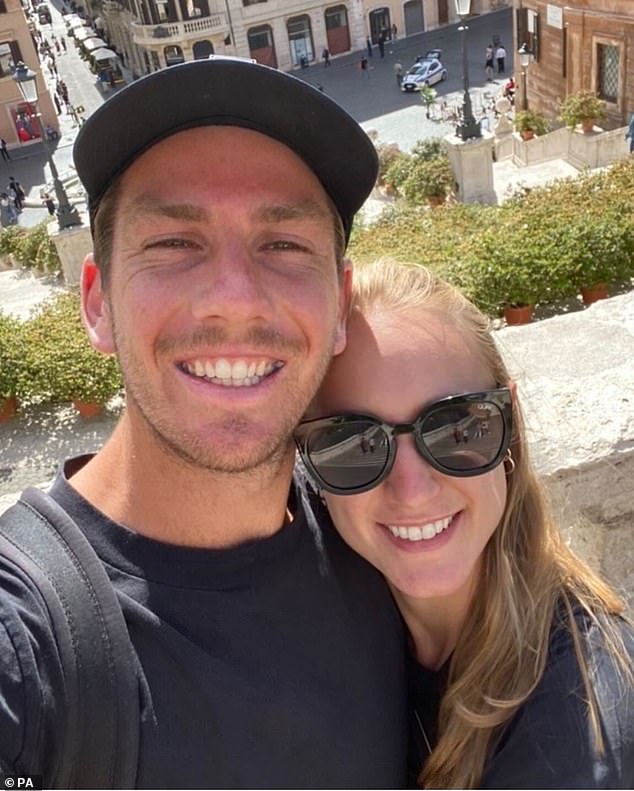 She even met David Goffin’s wife – Stephanie Tuccitto – before he was knocked-out by her boyfriend.

‘It’s difficult because these girls are so nice, and then our boyfriends have to play against each other,’ she said.

‘But for the most part, everyone has been really nice, really supportive – good camaraderie.

On whether she had any apprehensions about being thrust into the limelight following Cameron’s sky-rocket to success, Louise said, ‘Not necessarily.

‘For the most part he and I try to keep our personal lives private.

‘For both of us, trying to maintain a sense of normalcy is something we definitely agree on.’

She also confessed that she is a tennis novice and helps keeps Cameron calm by talking about other things.

She said, ‘I didn’t even know how to keep score when I first met him.

‘But I definitely, in a lot of ways, help keep his mind off of tennis, give him some sort of separation, and keep him calm.’

She says she loves ‘travelling the world together’, but says that Cameron is having to miss a lot of their friends’ weddings.

Although she has been to ’80 to 90% of his matches’ since they have been together, she will not be going to the US Open this year due to her own commitments. 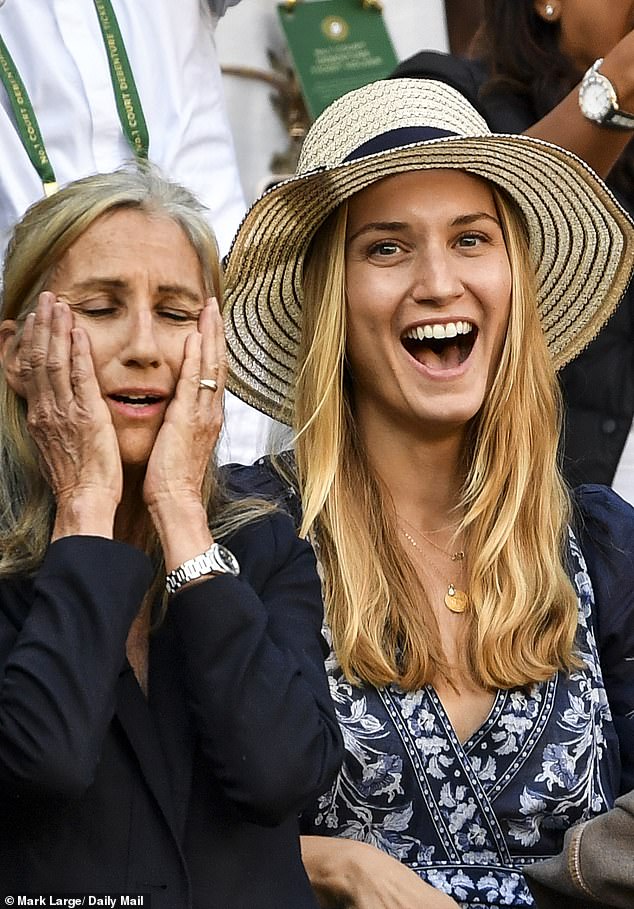 She also spoke of how Cameron suffered injuries after a moped accident several years ago, saying he still has a scar on his chin.

She said, ‘He did tell me about it.

‘A year ago, one of the commentators at a tournament said something about the accident being a turning point, and I asked him, “Is that true?”

‘And he was like, “Yeah, kind of”. I think it’s been overplayed a little bit, though – it was a long time ago.’

When asked about how she was feeling for Norrie’s next game against the world number one, Novak Djokovic, Louise said, ‘It’s definitely going to be a tough match.

Norrie will face the Serbian 20-time grand slam winner at Wimbledon on Friday.