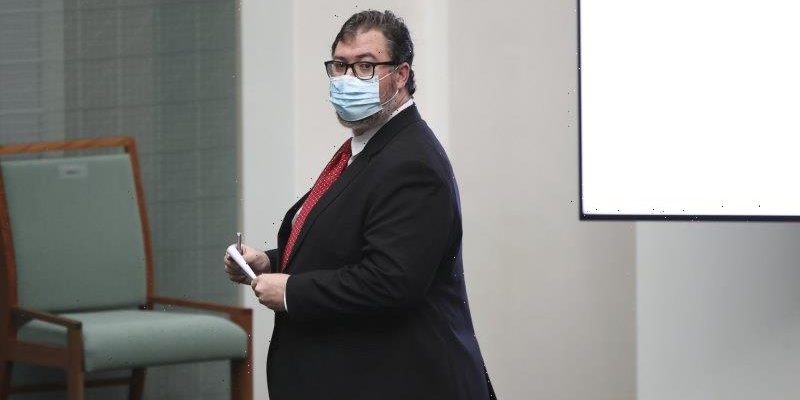 Coalition backbencher George Christensen has urged viewers of a far-right American conspiracy theorist’s online show, which has been banned by Facebook and YouTube, to hold rallies outside Australian embassies to protest over coronavirus restrictions.

The Liberal National Party MP, who will step down at the next election, last week appeared on Infowars founder Alex Jones’ web program, describing the conspiracy theorist as a “beacon”. This was despite Jones’ history of spreading false claims, including about Australia’s coronavirus response. 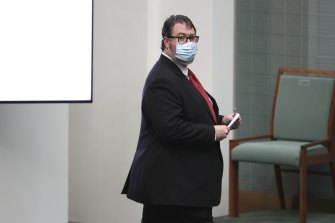 Alex Jones’ history of lurid and false claims did not deter George Christensen from appearing on his podcast.Credit:Alex Ellinghausen

In the roughly half hour-long broadcast published last week, Mr Christensen reiterated many of the points he has made publicly before, including arguments that coronavirus restrictions in Australia have been unduly harsh and disproportionate to the risk of the virus. He also called for an end to vaccine passports.

He also agreed with false claims made by Jones on the show, which has been largely banned from Facebook and YouTube for breaching policies on promoting hate and harassment.

Former Nationals leader Michael McCormack said he was beyond disappointed with the video, especially Mr Christensen’s depiction of Australia as a country that had abandoned rights and needed help, and called for the backbencher to be pulled into line.

“I know the leader of the National Party [Barnaby Boyce] has said you can’t poke the bear [Mr Christensen] well the bear shouldn’t go on American television and run his country down. That’s what he’s done. I’m sorry that’s what he’s done and stronger action is needed.“

“Something needs to happen to tell George that this isn’t acceptable by a National Party MP, to go on and run our country down,” Mr McCormack said.

Far-right figures in the US have depicted Australia as a tyrannical state during COVID-19 and railed against restrictions put in place to curb transmission of the virus.

In one exchange on the show, Mr Christensen urged Jones’ international viewers to protest outside Australian embassies. “The rest of the free world, please stand with us, please support us, and every time we see people out there protesting, whether in front of an embassy or elsewhere… it really does embolden the patriots, the people who are for freedom in our country to stand up,” he said.

Mr Christensen did not challenge Jones when the latter compared Australian COVID-19 quarantine facilities with Nazi concentration camp Auschwitz, on the basis of purported images showing both had electric fences.

In another instance, Jones said: “I had the German government, the British government admitting you’re twice as likely to die for whatever reason after you’ve been doubled jabbed.”

The claim appears to have been based on an interpretation of British data that aligns with Jones’ view but has since been discredited by the UK government, which pointed out vaccinated people tended to be older and therefore more likely to die of causes unrelated to the COVID-19 vaccines.

Mr Christensen’s office did not respond to requests for comment on his appearance on the program. Prime Minister Scott Morrison’s office was contacted for comment. The office of Deputy Prime Minister and Nationals leader Barnaby Joyce said he was unavailable for comment while travelling in Britain.

Labor senator Tim Ayres said Jones’ program was “bonkers” and exported the worst elements of US political extremism to Australia.

“This is dangerous and undermines the government’s public health message,” Senator Ayres said.“It all goes unchallenged by Morrison, who is too weak to contradict far-right extremism on his own backbench.”

Jones has been heavily criticised in the US media for repeatedly spreading false claims. In one notorious example, he claimed the 2012 Sandy Hook school shooting, in which 20 primary school children and six staff members were killed, was faked, leading to a string of successful defamation cases against him from families of the victims.

In a post on messaging service Telegram around the time of his appearance, Mr Christensen suggested Jones’ notoriety was a selling point. “Watch lefty and MSM [mainstream media] heads explode when they hear Alex Jones of Infowars is backing my speeches,” he posted.

On the show, Mr Christensen also responded “oh yeah” when Jones claimed, after a discussion of pandemic restrictions, that “it’s definitely directed again by the multinational corporations who admit this is the new normal. It’s about cutting carbon, it’s about tracking and controlling us with the vaccine passport.”

Mr Christensen, who is a former local newspaper editor, announced earlier this year he is leaving Parliament at the next election and has dialled up his own media operations, which include a newsletter on the popular platform Substack that he promoted on Jones’ show.