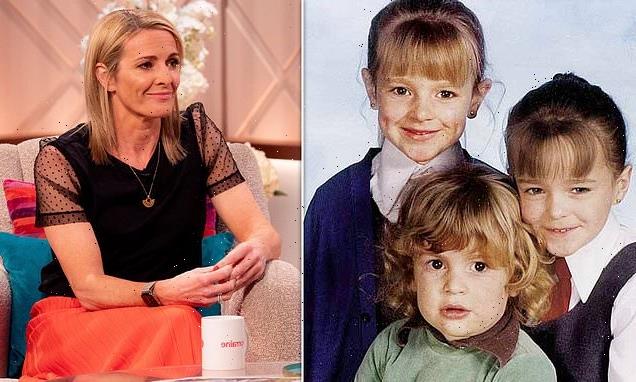 Gabby Logan has spoken of how the collapse of Danish footballer Christian Eriksen ‘stirred up a lot of memories’ of her younger brother Daniel who died after suffering a cardiac arrest while playing football as a teenager.

Daniel Yorath was 15 when he collapsed while playing football with his father, former Leeds United and Wales footballer Terry Yorath, in the family’s back garden in May 1992. Gabby was 19 at the time.

It emerged he had a ‘hidden’ heart condition called hypertrophic cardiomyopathy, which Gabby described as a ‘ticking time bomb’ in his chest.

The disease causes the muscle of the heart to become thickened, making it stiff. The thickening makes it harder for the heart to pump blood.

Speaking on BBC Radio 4’s Today programme this morning, Gabby explained how she had been brought back to memories of Daniel when Eriksen, 29, suffered cardiac arrest during Denmark’s opening game Euro 2020 game against Finland on Saturday. 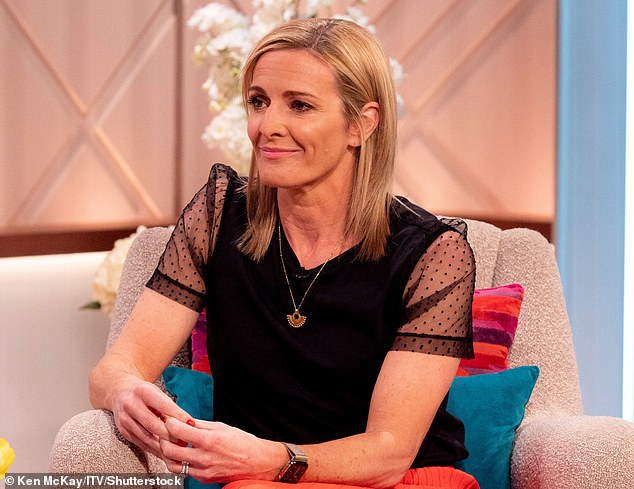 Gabby Logan has spoken of how the collapse of Danish footballer Christian Eriksen ‘stirred up a lot of memories’ of her younger brother Daniel who died after suffering a cardiac arrest while playing football as a teenager. Pictured, on Lorraine yesterday 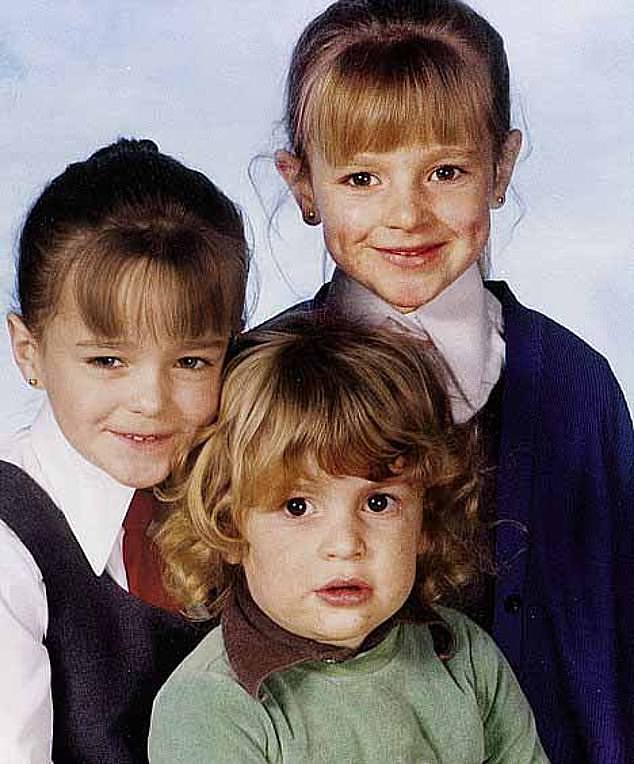 Daniel Yorath was 15 when he collapsed while playing football with his father, former Leeds United and Wales footballer Terry Yorath, in the family’s back garden in May 1992. Pictured, Gabby as a girl with sister Louise and younger brother Daniel

‘Saturday night stirred up a lot of memories about Daniel, what happened to Christian, and I realised my own personal journey, my career, evolved in many ways out of a need to have some sort of a connection with his life,’ she said.

Gabby, 48, said her brother was an ‘exceptional footballer’ who was poised for sporting greatness.

She said: ‘It’s easy when somebody dies very young to almost deify them and glorify their life but he’d already been looked at by Wales Under 18s, he was signed for Leeds United, and he was absolutely brimming with passion and hope and possibility.

‘He was just a few months shy of his 16th birthday and he was about to start his full-time professional contract when he died of a condition called hypertrophic cardiomyopathy, which is a hidden heart condition.

‘We had absolutely no idea that he had this ticking time bomb inside him. He was playing football in the garden with my dad, and my other brother, who was six at the time. And he went over to the long grass to pick up a ball, fell over, and died.’

Eriksen, 29, had emergency medical treatment on the pitch before being taken to hospital and is now in a stable condition. It is not known what caused the cardiac arrest.

The event prompted some commentators to question whether it was worth ‘putting human life above football’. 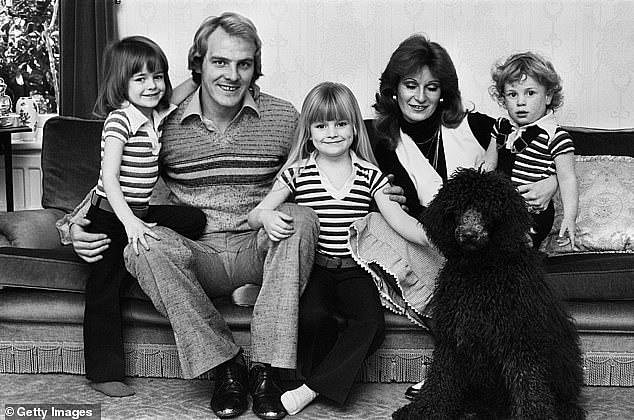 Daniel had a ‘hidden’ heart condition called hypertrophic cardiomyopathy, which Gabby described as a ‘ticking time bomb’ in his chest. Pictured, Gabby as a four-year-old in 1978 with herr father Terry Yorath, mother Christine, sister Louise and a one-year-old Daniel

He is not the first player to suffer a cardiac arrest on the pitch. In 2012 Bolton Wanderers star Fabrice Muamba came ‘perilously close to death’ after collapsing in an FA Cup tie.

But Logan, who has built a career presenting shows including Final Score and The Premiere League Show, argued it is ‘too simplistic’ to say one has to choose between football and someone’s life.

WHAT IS HYPERTROPHIC CARDIOMYOPATHY?

Hypertrophic cardiomyopathy is a condition where the heart muscle becomes thickened.

Around one in 5,000 people have the condition, and it most commonly develops during the teenage years or young adulthood.

However, the symptoms vary depending on the severity.

These include shortness of breath, chest pain, palpitations, dizziness and fainting attacks – most commonly during exercise.

It can cause the heart muscle to become stiff, which means your left ventricle doesn’t fill as easily as normal and less blood is then pumped out.

‘None of us would ever put anything above human life,’ she said. ‘But for me, football is, in so many ways, about life. It was my brother’s passion and it was my dad’s job.

‘It’s not everything but passions are important. It’s not just football, it’s art, it’s music. You may be obsessed by trees and topography. You might be into food and colouring things.

She added: ‘I felt like saying “football doesn’t matter” is a bit too definite and final. And who’s to say what matters?’

Logan also pointed to how screening for health conditions in young footballers has improved since Daniel’s death.

She said: ‘If you’re in a place where there’s a defibrillator and medics, you’ve got a much better chance of living. My Daniel didn’t, he was in the garden and it took a while for an ambulance to arrive and then it took another long journey to a hospital and he didn’t have a chance.

‘What we did as a family was look at other young athletes and their situations and ask why he had never been screened. He was about to sign a professional contract with a team that had just won the top league in England.

‘Leeds United had just won the league that year, and he hadn’t been screened. You might not catch a young athlete’s condition every week, it might be one a month, but isn’t that worth pursuing.

‘That has improved massively. Young athletes are screened more now and there are more defibrillators around.’ 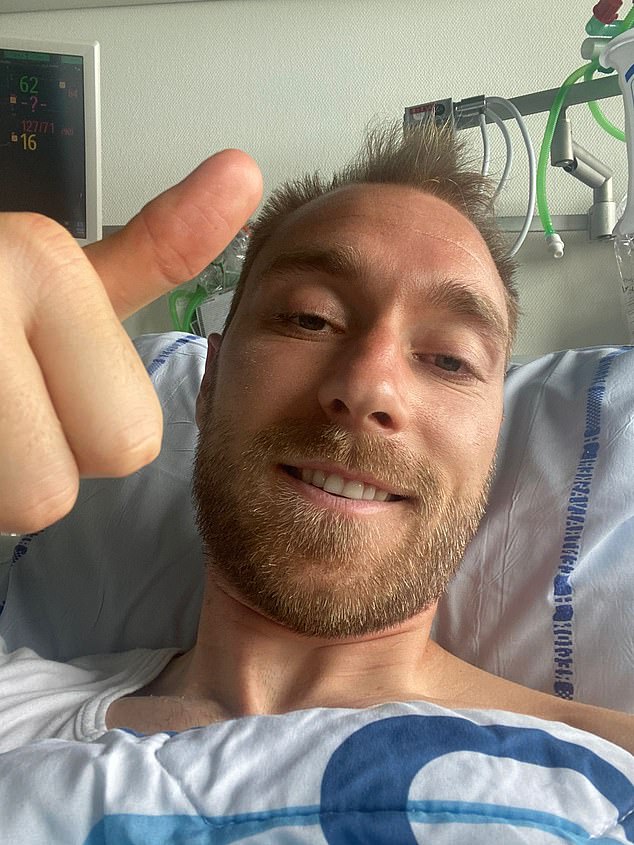 Eriksen, 29, had emergency medical treatment on the pitch before being taken to hospital and is now in a stable condition (pictured). It is not known what caused the cardiac arrest 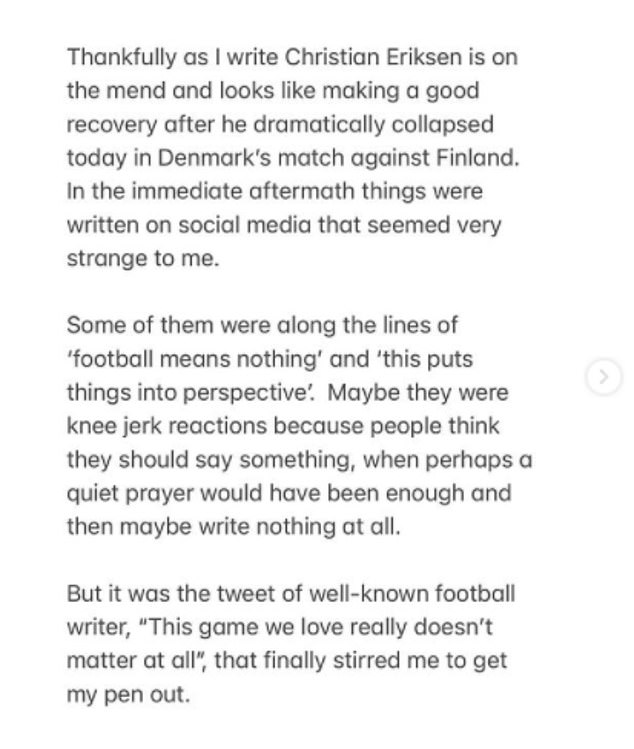