Attention Bachelor Nation — Gabby Windey and Rachel Recchia are officially over the narrative that they are being pitted against each other as the joint leads of The Bachelorette.

Her Copilots! A Guide to Bachelorette Rachel Recchia’s Family

“If people are talking about pitting us against each other, it never came from the inside. Gabby and I never felt like having our boys in two separate parts of the boat pitted us against each other. We always had open communication. We always put each other first,” Rachel, 26, told Us Weekly exclusively on Tuesday, August 2. “So as far as what anyone thinks about it being a competition, it’s really coming from them and not us.”

Season 19 of the ABC series kicked off last month with the flight instructor and Gabby, 31, handing out joint roses. During the July 25 episode, Rachel and the ICU nurse picked the suitors they wanted to individually pursue — meaning that if a man accepted their rose, they were officially on “Team Gabby” or “Team Rachel.”

Everything Gabby Windey Has Said About Estranged Relationship With Her Mom

The following week, Rachel broke down while watching Gabby’s group date after her men, who were invited to watch, didn’t pay her any attention. 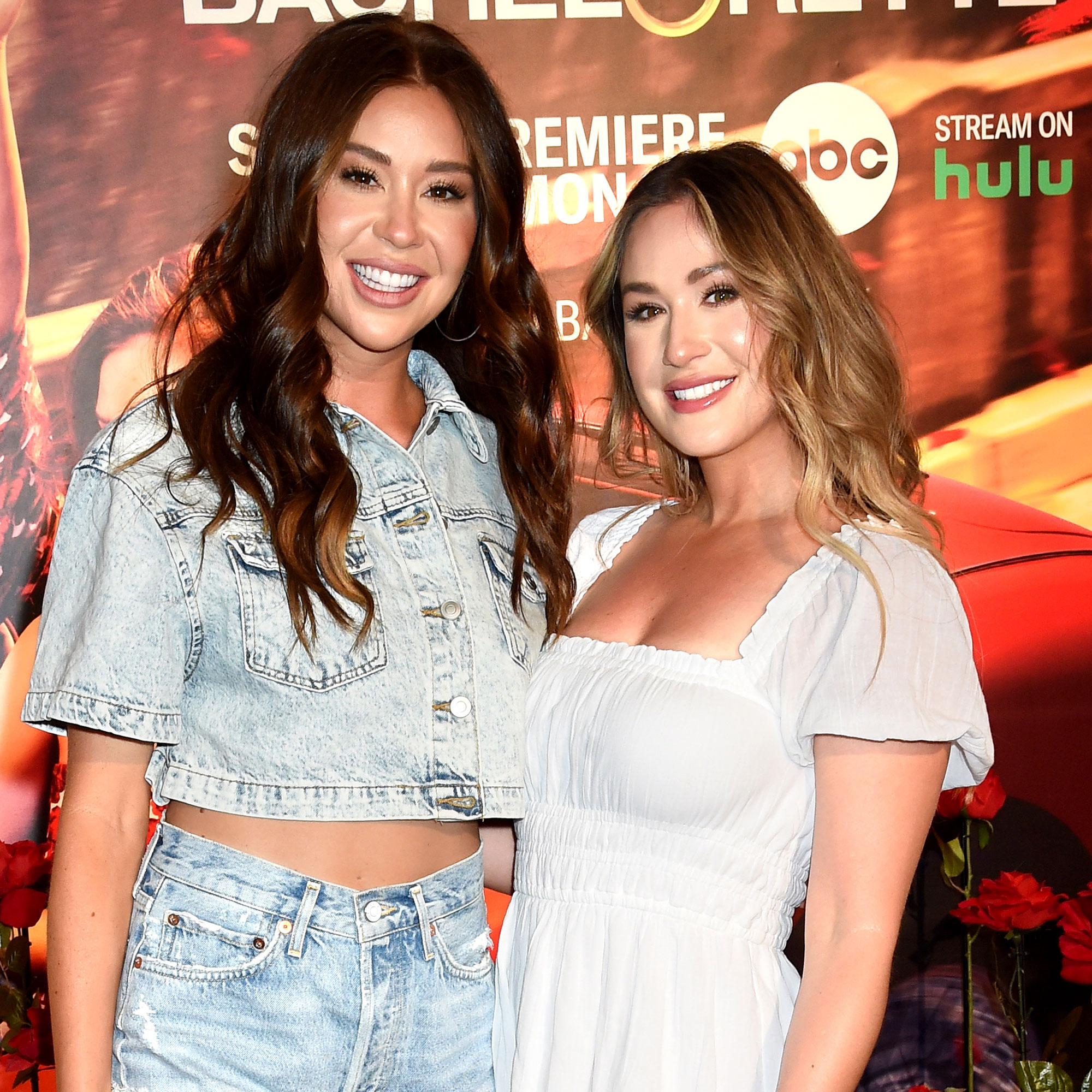 “I think what people don’t necessarily see is this is really just a small highlight reel of an actual event. Me and Gabby were there both having a great time,” Rachel told Us about the Monday, August 1, episode. “She went on with her group date, had a great night, and this was kind of just a feeling that I felt in the privacy of my own room. I feel like I’m really in touch with my emotions. And I was a little bit upset because, as well as it being Gabby’s season, it’s mine as well. And I did wanna feel chosen by my guys and I didn’t necessarily feel like anyone was making that much of an effort. Of course, you can look at it from a million different viewpoints, but in the moment, that’s what I felt. And they really did step it up after that. So I’m really happy that we had the conversation.”

Gabby, for her part, told Us that having Rachel on her group date only “added” to the situation.

“I was really excited that Rachel got to be by me, and it’s still pretty early on in the process of navigating sussing out your feelings for each guy and stuff,” the former cheerleader explained. “I think anyone in Rachel’s position would’ve felt the same way. We’re always on high alert in these really sensitive situations. Also, everyone has seen both of us, you know — I had a really, really tough week last week. It’s OK to feel those things.”

Gabby concluded: “I think people are like, ‘Oh, we don’t wanna see them cry and this and that,’ which I appreciate, but love is rough and it’s hard and this is honestly just normal. And how it goes to fall in love is, sometimes, you have some heartbreak. It’s not as deep, I feel like, as everyone is making it out to be. We have low moments, but we also have high ones and we’re entitled to the way that we feel.”

The Bachelorette airs on ABC Mondays at 8 p.m. ET. For more from Gabby and Rachel, watch the video above.