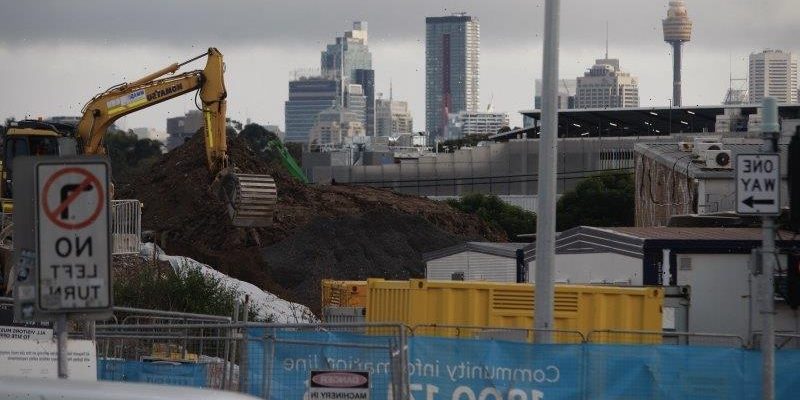 The NSW government’s massive infrastructure spend is expected to peak over the next year as the state continues to build its way out of the coronavirus pandemic, with construction soon set to begin on two new major road projects.

Tuesday’s state budget revealed an unprecedented $30 billion infrastructure spend within the next financial year, with $585 million allocated to the Gateway project, linking WestConnex and Sydney Airport, with work likely to begin within months. 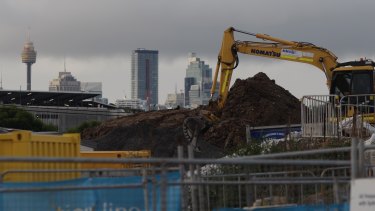 The NSW government will spend more than $108 billion on infrastructure over the next four years,Credit:Dean Sewell

The Gateway project was initially slated to be completed in 2023, but that was pushed to 2024 in November, when Premier Gladys Berejiklian tipped construction would begin in early 2021.

The start of work has now been pushed out by at least six months, with construction likely to begin before September. The motorway plays a critical role in the WestConnex, but is not budgeted within $16.8 billion project.

Another half a billion dollars will be spent next year on the M6 Motorway as construction begins on stage one of the project, twin four-kilometre tunnels linking Kogarah to the WestConnex M8 tollroad at Arncliffe.

Of the $30 billion being spent on government building projects next year, the transport sector accounts for $18.5 billion. Close to $3 billion will be spent on health infrastructure and $3.4 billion on education. The government’s entire infrastructure spend will eclipse $108 billion over the next four years.

He said the Gateway project, along with an upgrade of the Warringah Freeway would add another 4600 jobs.

“Whether it is in our CBD or across western Sydney we have never before invested so much into job-creating transport infrastructure in NSW,” Mr Constance said.

“We are delivering the largest transport infrastructure program this nation has ever seen investing billions into significant projects like WestConnex and Sydney Metro.”

The government is expecting to rake in close to $2.6 billion next year in motor vehicle taxes, more than $100 million more than expected in the budget update last year. Long term forecasts for the tax have increased by more than half a billion due to lower tolling relief concession claims and the growing number of cars on roads.

As construction of road projects begin, the government is still pumping billions into its signature Metro rail lines to the west and south-west of the city.

Close to $3 billion will be spent in 2021/22 on the Metro West, connecting the city to Parramatta, with more than $12 billion assigned to its construction over the next four years. It’s final price tag is expected to top $20 billion.

Planning for the Western Sydney Airport Metro continues, with another $900 million allocated to the project next year, which is expected to be completed in time for the opening of the airport.

Another $30 million has been allocated to early planning for stage two of the Parramatta Light Rail after months of speculation the project was going to be scrapped.

Close to half a billion dollars will also be spent on a program to increase the uptake of electric vehicles, with stamp duty to be abolished on battery powered cars priced below $78,000 by September.

More than $9 billion has been allocated to regional transport and roads in 2021/22, including $2 billion on upgrades to the Great Western Highway.