ALZHEIMER'S could one day be reversed and prevented with a vaccine that has shown huge promise in mice.

British researchers used an approach to tackling the memory-wiping disease that’s never been tried before. 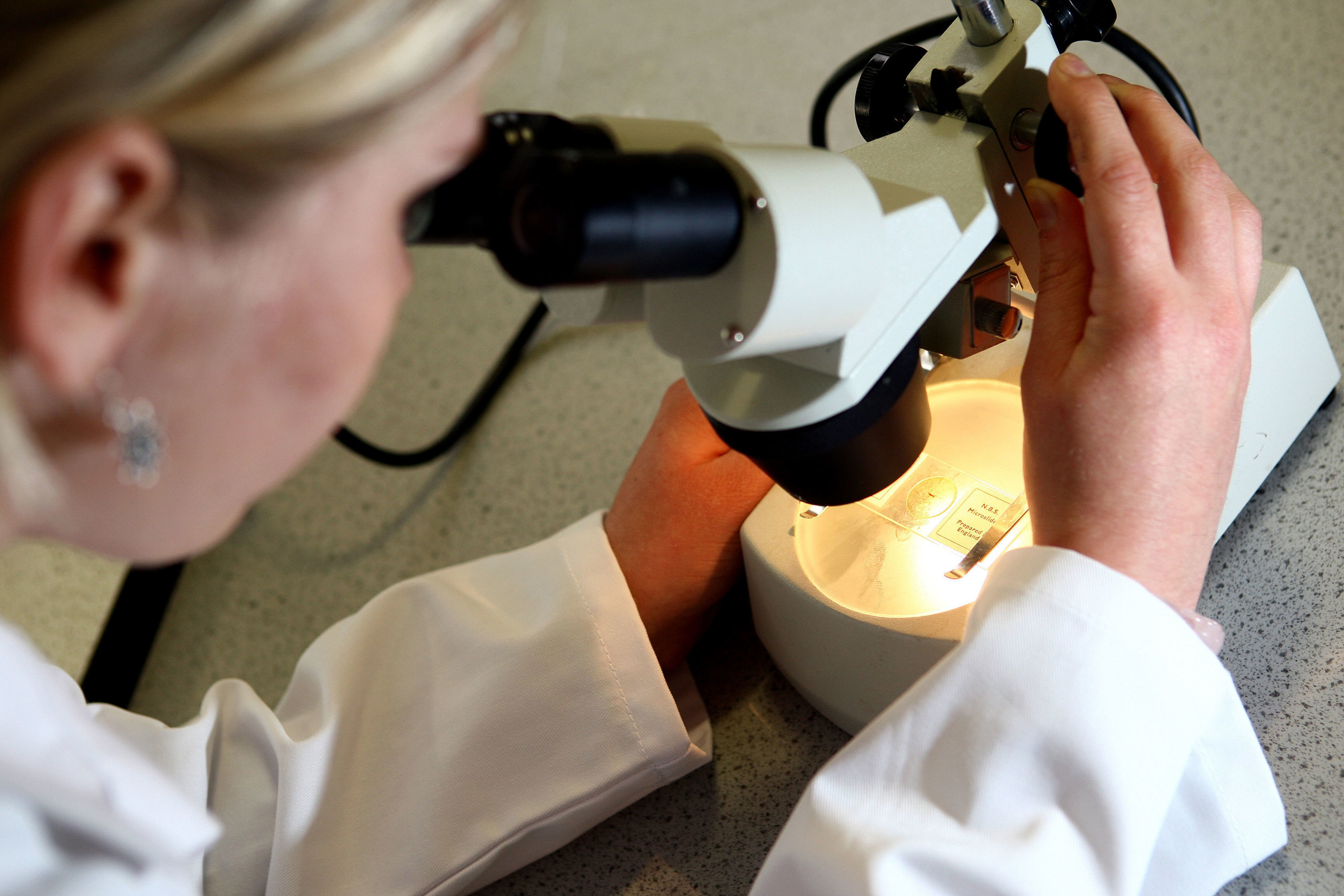 They are “hugely excited” by the findings and the potential of a vaccine costing just £15 per dose to make, the Daily Mail reports.

Experts say although the new dementia treatment is only on the horizon, if proven in humans it could be "transformative".

Alzheimer's disease, the most common form of dementia, is thought to be caused by the abnormal build-up of proteins in and around brain cells.

One of the proteins involved is called amyloid.

Amyloid naturally exist as highly flexible, string-like molecules. In Alzheimer’s, a high number of these molecules become shortened and join together to form plaques around brain cells, killing them.

Scientists now believe the key to stopping this process is to create something that sticks to the shortened molecules, preventing them clumping together.

Researchers, including from the University of Leicester, identified an antibody called TAP01-04 which binds to the shortened toxic form of amyloid.

Professor Thomas Bayer, from University Medical Centre Gottingen in Germany, said: “In clinical trials, none of the potential treatments which dissolve amyloid plaques in the brain have shown much success in terms of reducing Alzheimer’s symptoms.

“Some have even shown negative side effects. So we decided on a different approach.

“We identified an antibody in mice that would neutralise the truncated forms of soluble amyloid beta, but would not bind either to normal forms of the protein or to the plaques.”

The jab, called TAPAS, works by telling the body to create TAP01-04 antibodies.

It was tested in two different mouse models of Alzheimer’s disease, with the findings published in Molecular Psychiatry.

Dr Preeti Bakrania, of medical research charity LifeArc, said: “This makes them really promising as a potential treatment for the disease either as a therapeutic antibody or a vaccine.

“The results so far are very exciting and testament to the scientific expertise of the team.

“If the treatment does prove successful, it could transform the lives of many patients.”

Prof Carr added: “While the science is currently still at an early stage, if these results were to be replicated in human clinical trials, then it could be transformative.

“It opens up the possibility to not only treat Alzheimer’s once symptoms are detected, but also to potentially vaccinate against the disease before symptoms appear.”

The researchers are now looking to find a commercial partner to take the therapeutic antibody and the vaccine through clinical trials.

Dr Susan Kohlhaas, Director of Research at Alzheimer’s Research UK, said while the discovery offers hope, the jab is “a long way off being proved successful in humans”.

She added: “Currently there is no disease-modifying treatment available for people with Alzheimer’s in the UK, making drug development even more urgent.

“Scientists found a vaccine administered through injection found the intended target and helped improve metabolism in brain regions associated with memory and thinking.

“Early results in a behavioural task suggest the mice had improved memory and thinking, hinting that this could be a promising new approach, and one that has so far not been tested in Alzheimer’s drugs in clinical trials.”