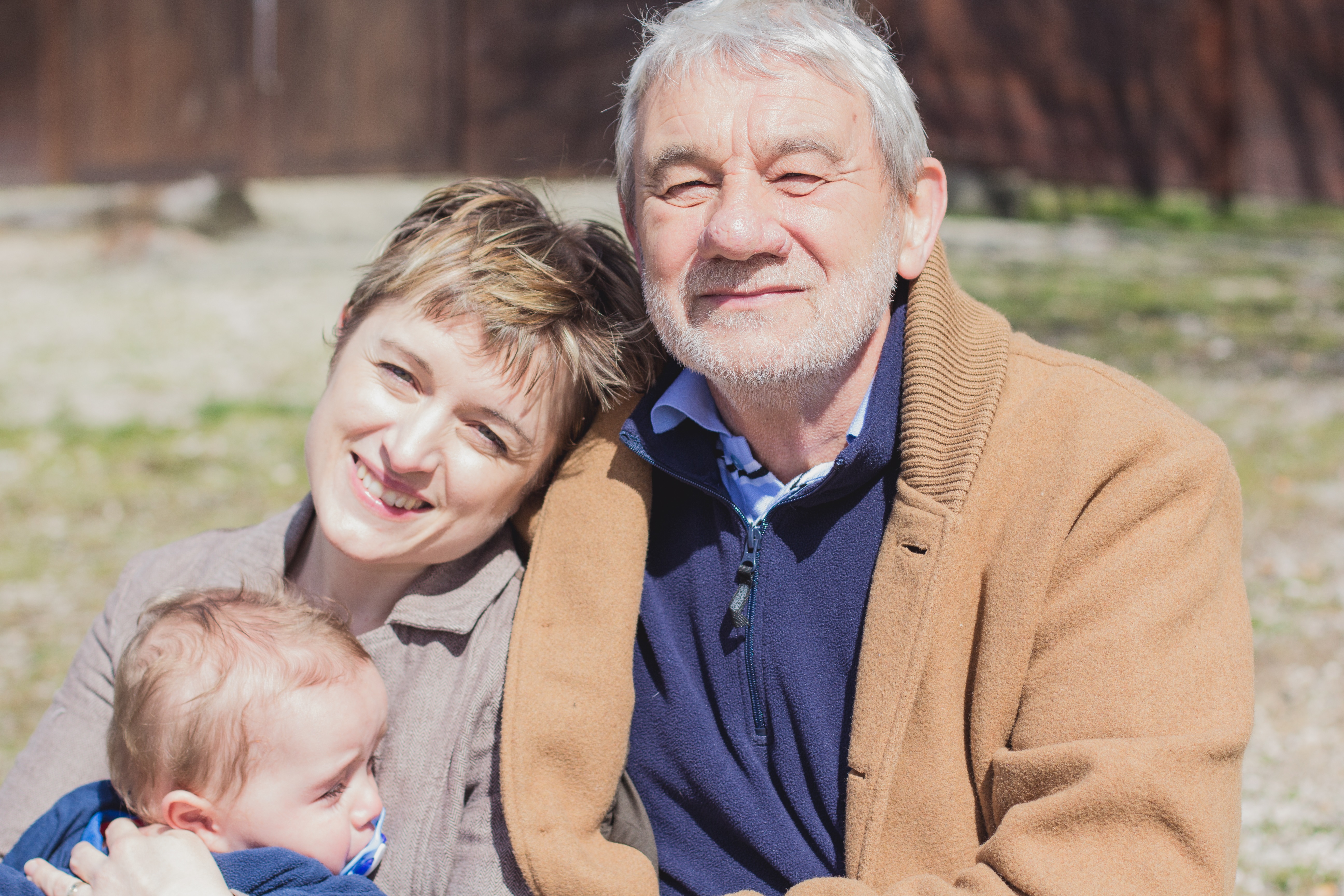 ‘Could you check everything’s OK down there?’ I ask. ‘I just can’t dare.’

It’s 2012. It’s been a couple of weeks since I gave birth to twins, and with all the horror and stitches that entailed, I’m not going anywhere near a hand-mirror to check out the damage.

But my husband Ray shoulders the burden, taking the full brunt of a closeup on my behalf. ‘Healing well,’ he says, moments later with a pale-faced smile.

There’s not a thing that Ray and I don’t share – whether it’s our political views, daily worries, or even warts and all descriptions of bowel movements (not for fun, just when we have health concerns). And I’ve come to believe having no secrets is one of the reasons we’re still happy 18 years later.

That’s why I found recent research commissioned by TENA, revealing half of women initially hid menopause symptoms from their partners, astonishing.

I’m yet to experience it, but I know that this shouldn’t be the case.

Perimenopause – the transitional time – or full-on menopause shouldn’t be a guilty secret. To hide this natural stage in case it puts our partners off is not only ridiculously backward – it actually means we’re buying into the myths surrounding this time of life: that women are less valuable and attractive when no longer having periods.

Forget it. When I go through that phase, which is probably only just around the corner, I’m going to need – and expect – someone to lean on.

That’s not to say that mystery doesn’t have ever exist in a relationship. Even I played it coy with my other half in the early months – pretending I was a constantly fragrant, iridescent angel who never did a number two and found all his jokes hilarious.

It wasn’t long before the mask slipped, though. Let’s face it, who has the energy to pretend in the long-term?

And who would want to be with a partner who expected them to?

The first time you go makeup free, the first time you clamber awkwardly into a pair of tights, that first inopportune fart in front of them – all these little moments are important steps on the road to intimacy.

If your partner’s still there after years of bare-faced (and bottomed) intimacy, trust me – he’s a keeper

They might not be the stuff of epic rock ballads or memorable Richard Curtis movie moments, but in the real-world, every gurgle and spot squeeze takes us one step closer to knowing each other inside out.

If you’re a couple of years into a relationship and there are still things you’re hiding from your partner, then you’re doing yourself and them a disservice.

In my opinion it’s intimacy – being able to bare all to your partner in the confidence that they will love and accept you fully – that makes a relationship strong.

Admittedly, Ray and I were on the fast-track to full disclosure from quite early on. Two years into our relationship, he underwent a vasectomy reversal in the hope we could start a family. Suddenly testicles and bodily fluids were subjects of daily discussion, both together and with doctors.

Next came the IVF treatment – three gruelling rounds. As anyone who’s had to inject their partner, or talk about eggs and tubes and intimate scans before disappearing to ejaculate into a plastic cup will testify, this process leaves any remaining mystery in a relationship beyond resuscitation.

Ray was in the room for each of my labours, holding my hand or being shouted at. Although I can’t remember much from the delivery room, I’m pretty sure we reached peak intimacy during those hours.

The final nail in the coffin of mystery? Post pregnancy, I had to have an MRI scan due to tangled innards. During this, I had to actually defecate (or pass some gel-poo substitute) in the machine. Once you’ve relayed the ins and outs of this particular procedure over a post-test coffee, believe me there is nowhere left to turn.

This is a good thing. If your partner’s still there after years of bare-faced (and bottomed) intimacy, trust me – he’s a keeper. And when you enter the menopause, tell him! He’s not going to be fazed by a bit of excess body hair, a hot flush or a mood swing.

He’s not going to suddenly realise you’re (gasp!) middle-aged just because you used the m-word. And if I’m wrong about that, if he is going to be put-off by your time of life, you’re better off without him anyway.

So when I start to get menopause symptoms, believe me, Ray is going to live every moment of them through me. And you know what? He wouldn’t have it any other way. That’s marriage.