“Like a lot of families where the parents aren’t together there were a number of challenges and conflict, and a great deal of stress,” he says. “I was drinking daily, with times of binge drinking, and as a family we were eating a lot of takeaway meals.The girls and I had a routine, but I had no methods of keeping their behaviour positive.” Everything changed when Lizzie started school and Luke began using his professional skills to help out with cookery classes for the children. These were such a success that the staff at the children’s centre invited him to join an eight-week course put together by a children’s health charity called Henry, Health Exercise Nutrition for the Really Young. Since then he hasn’t looked back.

The course taught him to offer his daughters “guided choices” when it came to food and he also learned about the concept of a balanced plate, portion sizes and identifying stepping stones for change, such as reducing the number of takeaways they consumed.

“I now cook healthy meals from scratch, and I know exactly what my kids are eating,” he says. “It’s also a lot cheaper than a takeaway every night. I am drinking much less these days, some weeks I don’t have a drink at all, and I no longer binge drink.”

Luke is just one of 6,000 parents to participate in a scheme funded by Leeds City Council that has had a remarkable impact on childhood obesity.

Between 2009 and 2013, obesity rates among children starting school in Leeds averaged 9.4 per cent but after the introduction of the ground-breaking Healthy Families programme organised by Henry they fell to 8.8 per cent over the next four years – a period when they remained stable in England as a whole.

Perhaps most impressively, the biggest fall was among the most deprived fifth of children, where rates fell from 11.5 per cent to 10.5 per cent.

Meanwhile, across the country, obesity in this group was unchanged at 12 per cent while in a sample of 15 cities that are demographically similar to Leeds, it rose from 11.6 per cent to 11.7 per cent, according to data published in the journal Pediatric Obesity.

“This is astonishing,” says Susan Jebb, a professor of diet and population health at the University of Oxford, who analysed the figures. “We know there is this striking relationship in England between deprivation and obesity. Nationally, this gap is getting wider. But in Leeds, in the reception class children, there is something really striking that has gone on.” 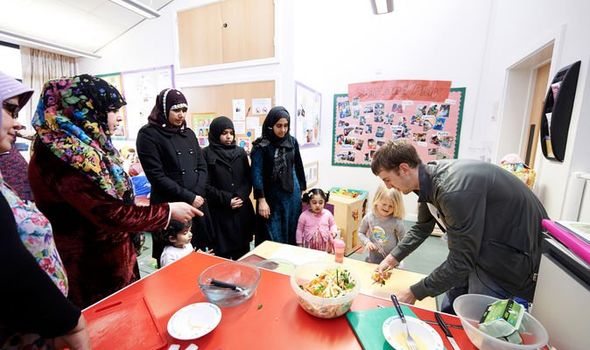 Given that an obese five-year-old has only a one-in-20 chance of returning to a healthy weight by age 11, the success of the Leeds programme could have far-reaching consequences for the 2016 nation’s health. After all, obesity leads to a higher incidence of life-shortening conditions such as heart disease, diabetes and cancer.

Research has shown that, if obesity levels continue to rise, 128,000 UK adults a year will die young by 2030. If this increase was stopped, it would reduce early deaths to about 118,000 annually.

The Leeds scheme works by training staff such as health visitors, nursery staff and children’s centre workers in “authoritative parenting” and healthy eating.

An estimated 1,200 practitioners and volunteers have been involved and they have had tens of thousands of contacts with parents and their pre-school children over the years the scheme has been in operation.

Based on their interactions, they are encouraged to refer parents for council-funded classes if they think it will help.

Belinda Mould, 40, certainly found the classes helpful. Her three-year-old daughter Libby-Joy loved sausages and beans and would turn her bowl upside down if she was served anything else.

“I used to get frustrated,” says Belinda, “but the classes taught me to be more patient and persistent.” 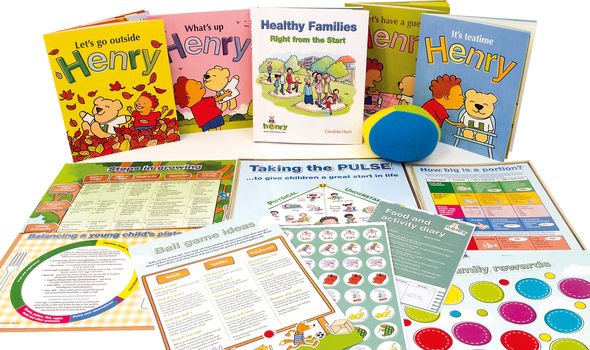 She adds: “The most important thing I learned was to keep calm and not get upset so much when things were not going well. If you get annoyed, they try to compete with you and have a tantrum.”

And food issues are not the only problems addressed by the programme. Parents are encouraged to stand up to “pester power” and adopt a more strict approach to TV watching and screen time on tech accessories such as tablets and smartphones.

“It’s about helping parents find solutions,” says Professor Jebb. “None of us are born with parenting skills. Most of us have to make it up as we go along.”

Such was Luke Stanton’s success in turning round his family’s life that he was asked to become a Parent Champion and learned how to support other parents with young children in his community.

“We all prepare a dish from scratch, learning techniques and trying new foods,” he says. “The best part of being a Parent Champion is making a difference to other people’s lives.A boy in one of my groups had never tasted courgettes. We cooked with them in the group, and now he asks his mum to buy them and cook them with him.

“I love it when parents come to the group the following week and share their experiences of recreating the dish at home for all their family. That’s when I know I’ve helped them take a step forward.

“I have been so inspired by my work with Henry and aged the opportunity to encourage children in the community to eat and enjoy healthy food that I have now got myself a new job as a chef in a local primary school so that I can provide kids with healthy food on a bigger scale.”

When it comes to promoting the transition to healthy eating, the guided choices approach is key. Rather than asking a child “What would you like to eat?” – which may well elicit a demand for an unhealthy takeaway – the switched-on parent is better advised to ask, “Would you like carrots or broccoli?”

Obesity expert Professor Jason Halford, from the University of Liverpool, who is chairman of the European Association for the Study of Obesity, says: “This approach may seem to be common sense but it empowers parents to help children by giving them choices rather than pushing them into healthy behaviours which they may find off-putting.

“It is very encouraging to see this working at a community level and it could be an important tool in tackling child obesity. We just need more evidence from other cities to prove it works.”

The two-month Henry programme has already been rolled out to 34 local authority areas since 2008 but the Leeds scheme is the first to have its impact assessed in terms of child obesity.

Professor Sir Alan Craft, a past president of the Royal College of Paediatrics and Child Health, is a big fan: “I think of it as not so much tackling obesity but trying to recreate the family.” 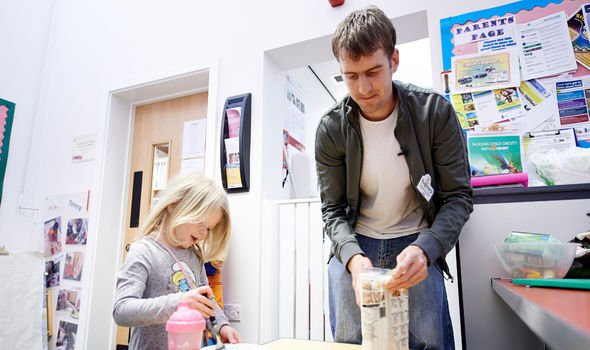 NINE STEPS TO HEALTHIER EATING FOR YOUR FAMILY

Get into a regular routine of sitting down together for meals away from distractions such as TV, toys and phones – at a table, picnic-style on the floor or wherever works for your family

Try to create a positive atmosphere – by smiling, chatting and showing interest in what everyone has been doing, rather than just concentrating on whether the children are eating and getting through the meal

Eat with your children. When young children see you eating and enjoying healthy food, they are more likely to try it – and decide they like it

Depending on their age, gently encourage children to eat independently