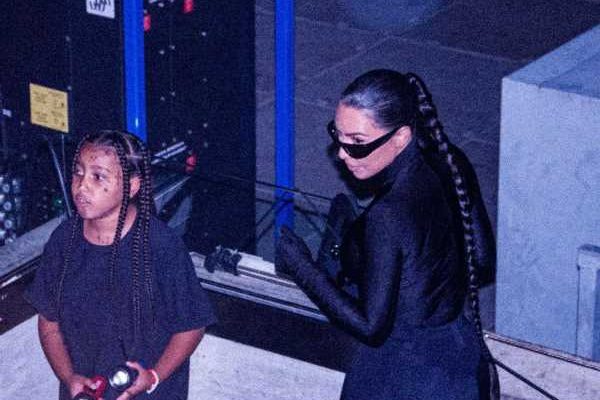 Style going strong! Kim Kardashian and Kanye West may have split in February, but they’re still coordinating their clothing choices — and fans are taking notice.

Not only did they both rock matching red ensembles ensembles to the first Donda listening last month, but they did the whole matchy-matchy thing once again for the second Donda listening on Thursday, August 5.

West, for his part, wore a black studded jacket from Balenciaga’s Fall 2020 line, which he paired with a padded vest, black long sleeve shirt and black pants.

Kardashian, who brought kids North, Saint, Chicago and Psalm to the live concert, gave her 242 million followers a close-up look at her skintight getup via Instagram on Saturday, August 7.

The 40-year-old Skims founder wore a bondage-like Balenciaga black jumpsuit, complete with gloves and a ski mask, an accessory that West has been rocking for the past few months. She paired her outfit with an extremely long braid. 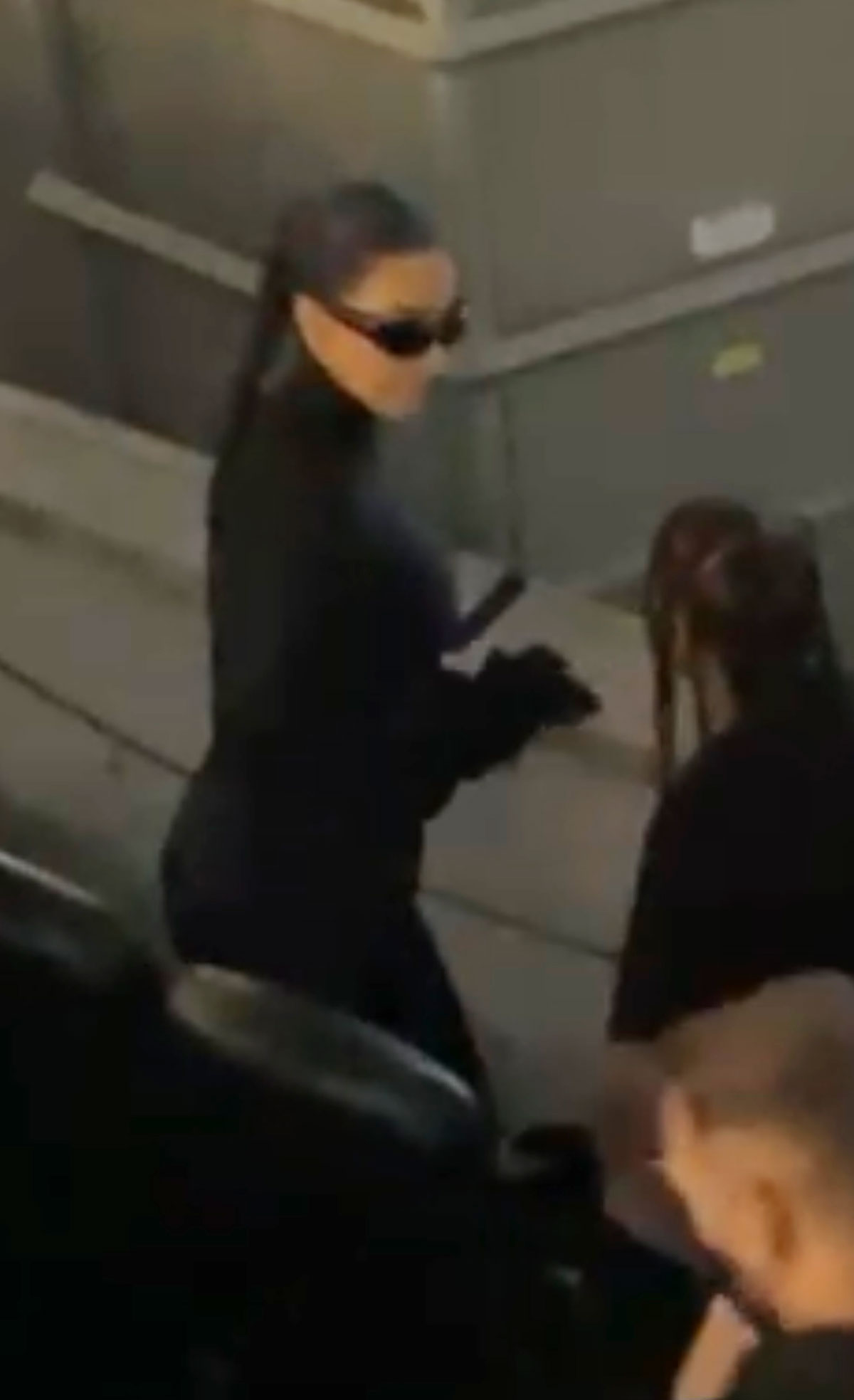 While the coordinated style, which was also embraced by the duo’s four children, was pretty obvious, Kardashian drove the point home by attaching a picture of West’s outfit sprawled out on the floor in her Instagram slideshow.

The twinning moment wasn’t lost on fans, as many took to Twitter to express their thoughts on the pair’s post-split fashion choices.

“Kim n Kanye wearing matching outfits to his concert, most amicable divorce ever???” one person questioned, while someone else said, “Why Kim K keep matching Kanye?”

Another added: “Do you realize he invited her and their children and they’ve been wearing matching outfits for both events? They’ll always be family, bcos they share kids together.”

The chatter was pretty similar after the first go-round, when West wore a YZY x Gap red Round Jacket and Kardashian wore a matching red Rick Owens bodysuit.

“It’s Kim and Kanye matching outfits at his listening party for me,” a fan wrote. Another chimed in: “If Kim & Kanye in matching colors at the Donda listening party isn’t the stars aligning for a reunion and faith in 2021 to be restored idk what is.”

And get this: fans can get in on all their fashion moments. According to CR Fashion Book, the Yeezy founder teamed up with Balenciaga Creative Director Demna Cvasalia on his Donda merch.

The long sleeve shirt, which is available for pre order on shop.kanywest.com, features a cross inside a star of David. Underneath the emblem, the album name, date of the second listening and “Mercendes Benz Stadium Atlanta” is written in all caps.

West’s look from the first listening event will also be available as part of his Yeezy x Gap collaboration. While the red version of the coat has yet to be released, the round jacket has been dropped in blue and black.