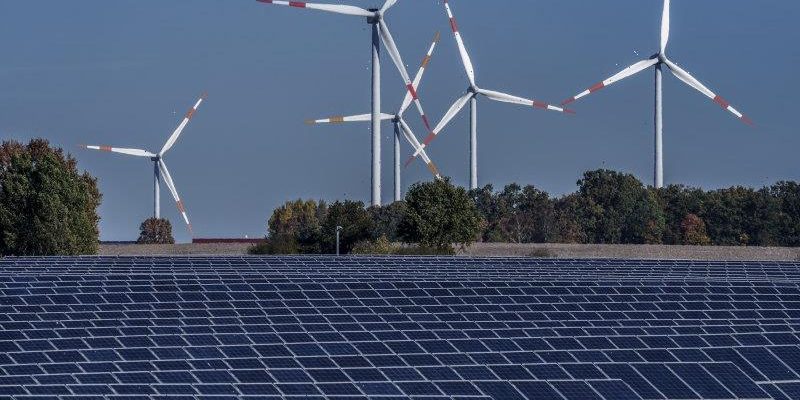 Experts are questioning Labor’s claim it will save bill payers $378 on their electricity charges by 2030 as the party says its new energy policy will reduce the cost of living while cutting the nation’s greenhouse gas emissions.

Labor is banking on a massive ramp-up of renewable energy in the next decade to achieve its emissions reduction target of 43 per cent by 2030, which is 8 per cent higher than the federal government’s goal. 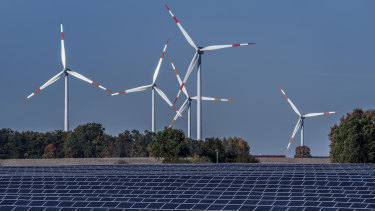 The Labor party’s climate policy is banking on a massive expansion of renewable energy to drive greenhouse emissions down 43 per cent by 2030. Credit:AP/Michael Sohn

Renewable power has become so cheap it can now generate electricity cheaper than coal-fired power plants, which still generate about 70 per cent of Australia’s electricity, and both major parties are banking on a massive expansion of renewables in their climate policies.

Labor said its “Powering Australia” plan would increase renewable generation to 82 per cent of the energy mix by 2030, while the federal government has a slightly lower forecast of 69 per cent.

Electricity networks are expensive to build, maintain and operate and Labor has committed under its Rewiring the Nation plan to a $20 billion fund that will supply low-interest loans to network companies, which is expected to generate $58 billion in private investment.

But experts questioned RepuTex’s optimistic assumption that government-issued loans would be enough to slash bills.

“If you think you’re going to lower bills by exporting solar from marginally better production in South Australia, all the way to Sydney or to Newcastle, that’s simply not true,” he said.

Dr Mountain said network cost blowouts were to be expected.

“Suddenly, it turns out that they are three to four times dearer than the number that the network service providers and governments first thought of. This is pretty well established and has a massive impact on consumer bills.”

Frontier Economics energy expert Matt Harris said in the Australian Financial Review on Tuesday that previous modelling for the NSW government was more realistic when it found its planned renewable expansion would reduce bills by $130 a year.

RepuTex said in a statement that Frontier Economics had failed to factor in the benefits of low-cost loans under Labor’s plan which it said was “projected to reduce the other two main components of an electricity bill – stemming from environmental policy and regulated networks”.

Grattan released a report in April that found building an energy network with 70 per cent renewables, including shutting down two-thirds of the country’s coal plants, would not increase bills but would dramatically cut emissions. However, moving to 90 per cent renewable energy and eliminating coal, would create some additional costs that flowed through to power bills.

“The question is when, and at what cost – the current regulated rate of return, which factors in higher borrowing costs and profits for transmission companies? Or at returns that factor in the lower government borrowing rate, with no profit for government?”