Kieran Culkin is currently lighting up screens as part of the cast of Succession.

The 39-year-old plays Roman Roy in the hit HBO drama on which he bagged an Emmy and Golden Globe nomination for Best Supporting role.

Acting runs in the blood and Kieran is one of three siblings currently working in the entertainment industry.

While each dabbled in acting as children, Kieran and his brothers Rory and Macaulay's star's continue to rise.

So what is there to know about the Culkin family? Let’s take a look.

Kieran and his siblings are the children of Broadway actor Kit Culkin and Patricia Brentrup.

The big family grew up on Manhattan in New York, in what Kieran remembers as a tiny apartment.

The TV actor previously said: "They raised seven kids in that apartment – for years! They just kept bringing babies home to this little space."

Their father was a notorious ‘Stage Dad’ and pushed his children into acting.

Kieran Culkin starred in Home Alone alongside his brother, playing the part of Fuller, his cousin, in the films.

Kieran went on to star in 1999's She's All That and carried on acting. He also bagged a Golden Globe best actor nomination for his leading role in 2002's Igby Goes Down.

The film star married Jazz Charton in 2013, and have since welcomed two children together

His older brother Macaulay Culkin was the star of the action-packed film and he shot to international stardom as a result.

Macaulay is the first child actor to ever make a million or more dollars for starring in a single film.

Macaulay was nominated for the Best Actor Golden Globe after starring in Home Alone 2: Lost in New York (1992) and he topped all sorts of 'Greatest Child Stars' lists.

After his child stardom, Macaulay took a break from acting, returning in 2003 with an appearance on Will & Grace.

The star has also published an autobiography called Junior which was released in 2006, and in 2013 he co-founded New York-based comedy rock band named The Pizza Underground.

Macaulay famously dated actress Mila Kunis from 2002 to late 2010 too. 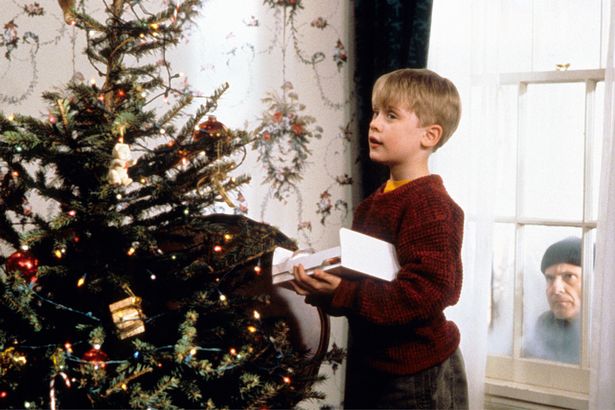 It hasn’t always been an easy ride for the child star, and he was arrested for possession of marijuana in 2004.

The star was also plagued by rumours of heroin addiction, to which he told The Guardian: “I was not pounding six grand of heroin a month."

Now, Macaulay is set to star in American Horror Story season 10 and reportedly he’ll make a cameo appearance in the Home Alone reboot.

The star has been in a relationship with American actress Brenda Song since 2017 and they welcomed their first child earlier this year.

All the children acted in some capacity but it was the three youngest boys who made careers from their film work – Macaulay, Kieran and Rory.

Rory made his first appearance alongside Macaulay in the 1993 film The Good Son.

From there, he appeared in the 2000 film You Can Count On Me and alongside his older brother, Kieran, in the movie Igby Goes Down.

The boys’ sister Dakota was tragically killed in a car accident in 2008 age 30.

In the late 1990s, Kit and Patricia decided to separate, which led to a nasty battle over the children and reportedly their 15% commission they received from the various film work.

However, ultimately Kit conceded full custody to his wife and has since reportedly cut ties with his sons.