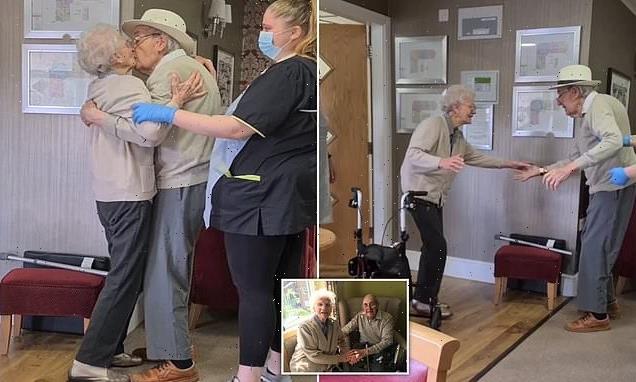 Heartwarming moment woman, 89, is reunited with her husband of 68 years as he moves into her care home after spending eight months apart due to lockdown

A heartwarming video has captured the sweet moment that an elderly couple were reunited after spending eight months apart.

Mary Davis, 89, last saw Gordon, her husband of 68 years, when he was moved into a care home last year and had been unable to visit him due to lockdown restrictions.

In February, Mary moved into a different care home, Baily House Care Home in Mansfield, Nottinghamshire, and has spent her days missing him.

But the couple were reunited on Monday when Gordon was transferred to Baily House Care Home to live with his wife.

An emotional video captured by staff shows Mary and Gordon embracing and saying ‘I love you’ as they come face to face in the care home. 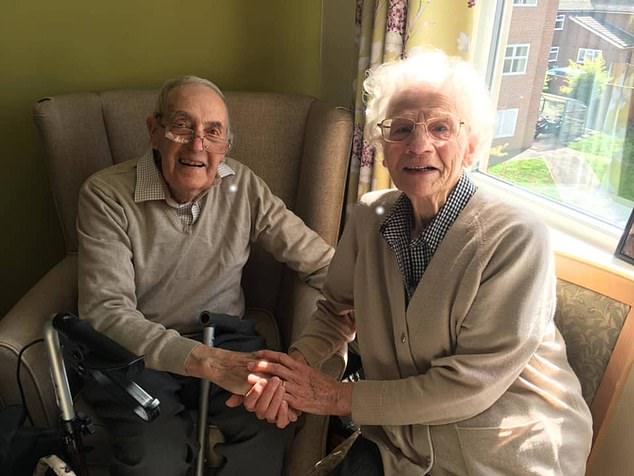 Mary Davis, who lives in a care home in Nottingham, had been separated from her husband Gordon, 89, (both pictured) after he was placed in a separate care facility 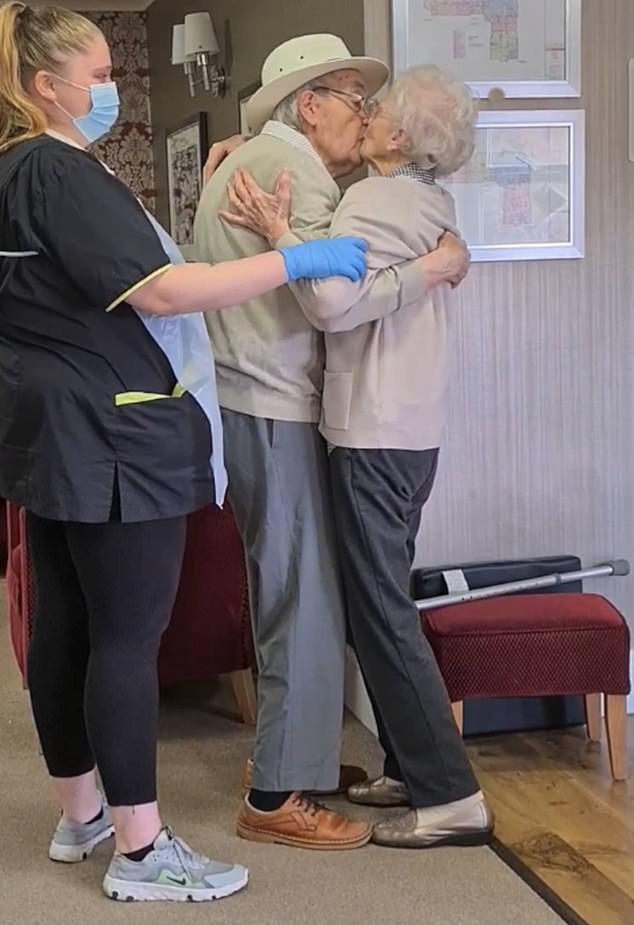 A heartwarming video has captured the sweet moment that Mary Davis, 89, was reunited with her husband of 68 years Gordon, 89, (pictured reuniting) after eight months apart

The couple abandon their walking aids and rejoice with a loving embrace and a kiss while Mary cries with happiness at seeing her husband again.

Gordon was placed in a care home facility, which was the last time the couple saw each other, while Mary remained at home.

Mary first visited Baily House in December to get some rest and assistance before moving into the care home more permanently in February, where Gordon has now joined her.

Mary said that she ‘cried buckets’ when he had to move into care and she wasn’t able to see him, admitting that it was ‘wonderful’ to be reunited with Gordon again.

She continued: ‘It was wonderful! It’s so nice to see him again. When he had to move into care I cried buckets, but now we are able to be together.

‘I’m pleased he’s home, he doesn’t have to look for me anymore.’

Baily House Care Home shared the poignant reunion to Facebook, writing: ‘Our lovely Mary has had a real surprise today.

‘Her beloved husband Gordon has come to live here at Baily House with her.

‘After not seeing each other for several months, it was certainly a very emotional reunion. Mary can now join Gordon as he isolates in his new room.’ 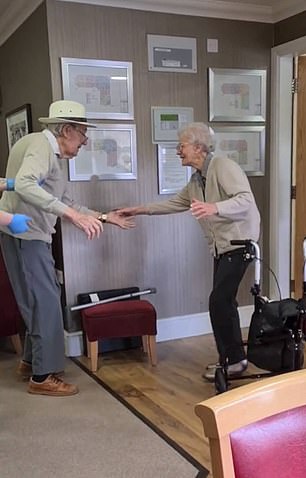 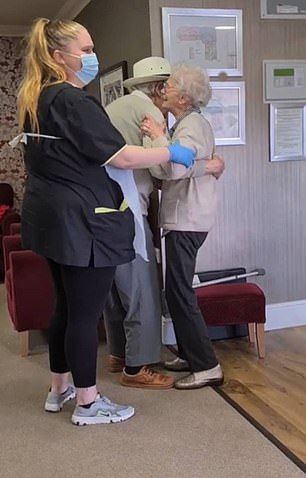 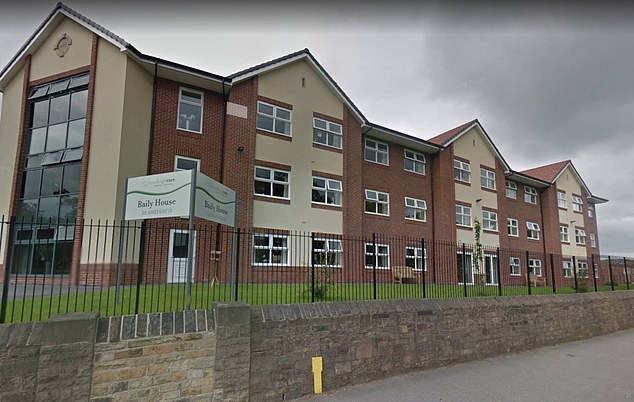 Mary, a resident at Baily House Care Home (above) in Mansfield, Nottinghamshire, said that she ‘cried buckets’ when he had to move into care and she wasn’t able to see him

Hoards of social media users were left in ‘floods of tears’ after watching the touching reunion, while others gushed that their heart had ‘melted’.

Karen Rankine wrote: ‘Omg I’m in floods of tears, what a wonderful moment for them both.

‘Hope they have many more precious times together.’

While Suzie Marie Mckenzie said: ‘Oh my gosh, my heart just melted! Such a wonderful moment for them both.

‘I can’t imagine how tough it must have been for them to be apart.’

Amanda Starr commented: ‘So lovely and has definitely made me teary.

‘So happy for this dear couple and what lovely carers, especially the young lady making sure they were safe and steady on their feet.’

And Anthony Horn wrote: ‘This is beautiful. Look at how she left her walking support.

‘It truly didn’t matter she found the strength to get to her husband.

‘Love that, so admirable is true love.’