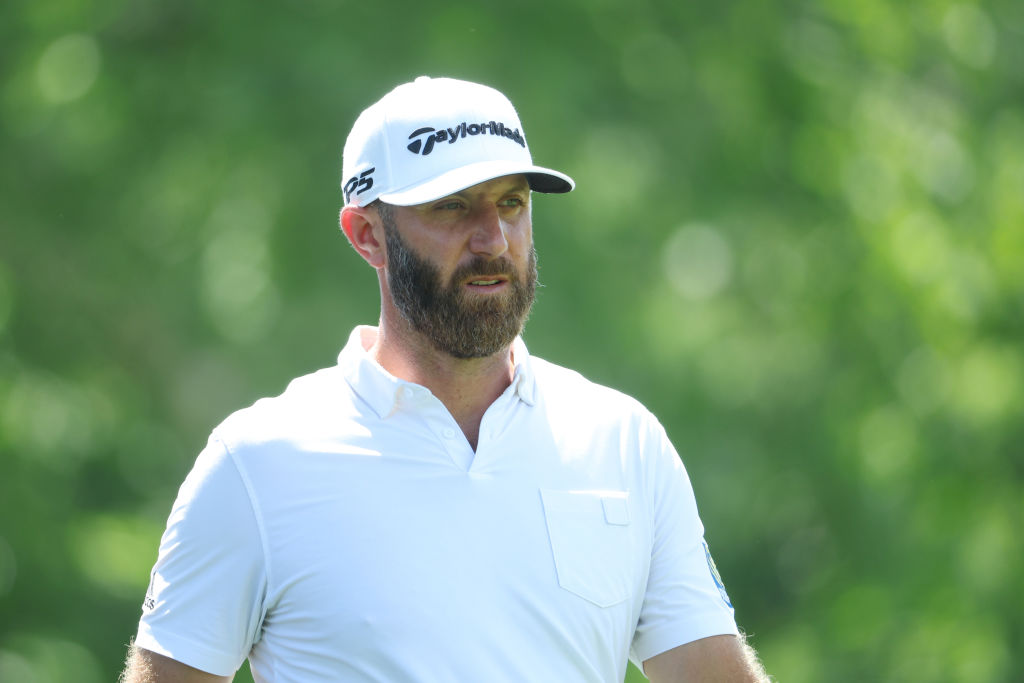 Dustin Johnson’s agent says the two-time major champion has decided to join the controversial Saudi-backed LIV Golf Invitational Series as it is ‘in his family’s best interest’.

Johnson, 37, announced on Tuesday he is joining the breakaway tour ahead of its first event at the Centurion Club in St Albans which takes place from 9-11 June.

The revelation represents a massive U-turn with the American having committed himself to the PGA Tour as recently as February.

Johnson, the world No.13 and 24-time PGA Tour winner, will headline LIV Golf’s inaugural tournament which boasts a purse of nearly £20million, with over £3m for the winner.

Speaking to golf writer Jason Sobell, Johnson’s agent David Winkle said: ‘Dustin has been contemplating the opportunity off-and-on for the past couple of years. Ultimately, he decided it was in his and his family’s best interest to pursue it.

‘Dustin has never had any issue with the PGA Tour and is grateful for all it has given him, but in the end, felt this was too compelling to pass up.’

Johnson will join the likes of Lee Westwood, Sergio Garcia and Ian Poulter in the field at the Centurion Club.

Despite being heavily linked with the breakaway series, Phil Mickelson, the six-time major winner, is not on the list to play in Hertfordshire but could still make an appearance with six spots remaining.

LIV Golf’s first event is set to clash with the Canadian Open on the PGA Tour, who have already refused release requests from players wanting to feature on the rebel tour and have warned any star who does so risks being banned for life.

Last month, Greg Norman, the frontman of LIV Golf, criticised the PGA Tour’s stance and is bullish ahead of the opener of his new series.

He said: ‘Free agency has finally come to golf.

‘This is an opportunity to start a movement that will change the course of history by bringing new and open competition to the sport we all love.

‘The desire shown by the players to participate in LIV Golf demonstrates their emphatic belief in our model and confidence in what we’re building for the future.’

LIV Golf have seven other tournaments scheduled across the United States and Asia for later this year.