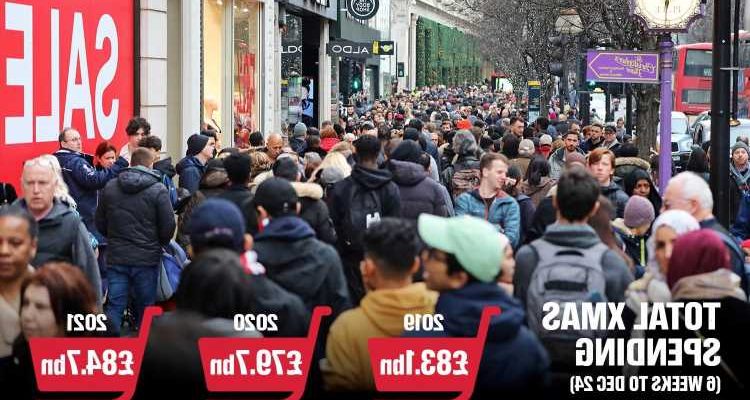 TOMORROW is Black Friday. And far from being confined to just one day, the annual sales frenzy is expected to kick off a record-smashing Christmas splurge.

Shoppers are predicted to splash out a whopping £84.7BILLION before December 25 on treats to make up for last year’s cancelled festivities. 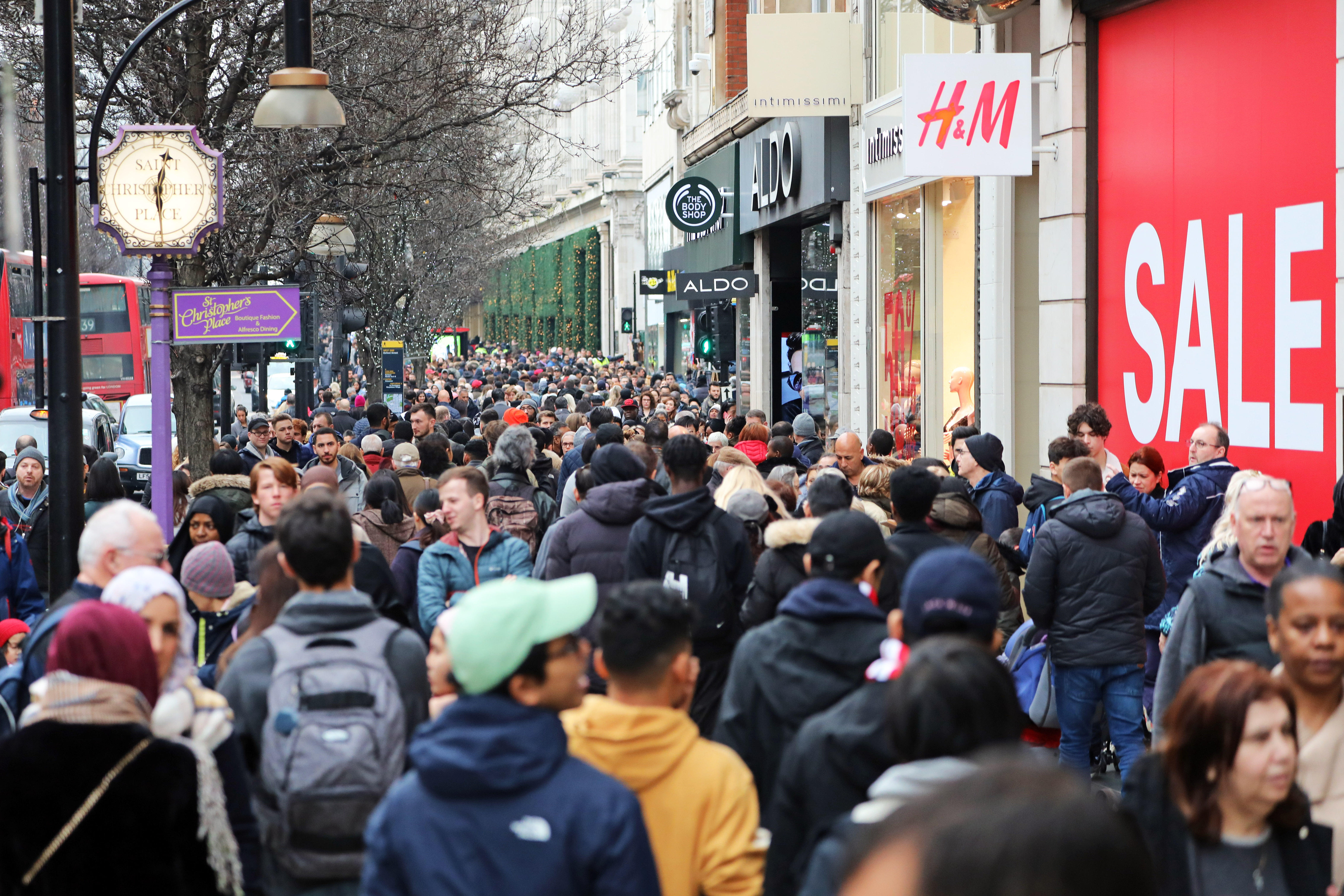 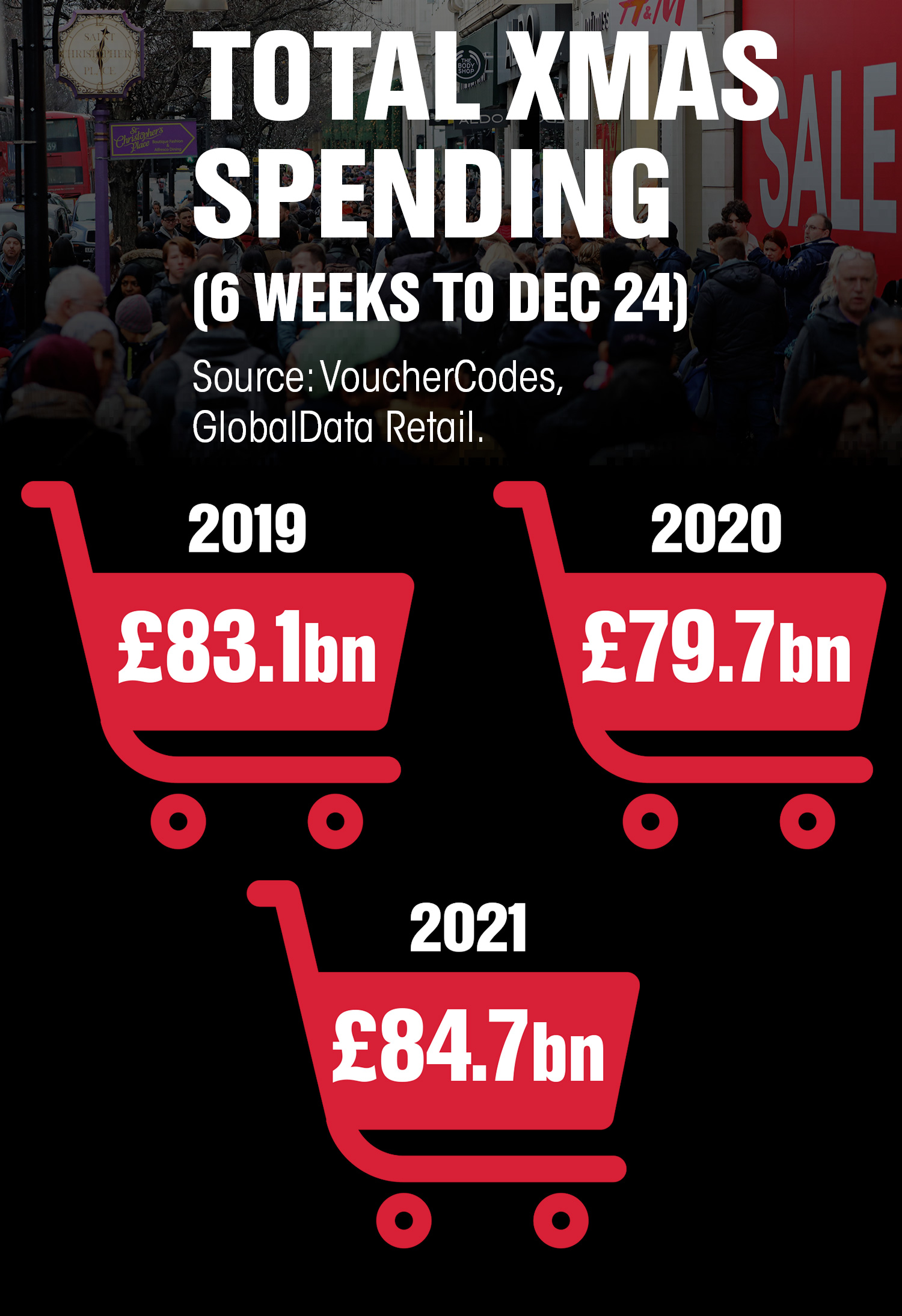 Experts say a bumper £3.4BILLION will be blown on goodies tomorrow alone.

It can be daunting to work out what to buy – and what not to buy – in the sales as we are bombarded with adverts for “unmissable” deals.

But watchdogs this week warned Black Friday discounts are often not the best, while money experts cautioned us NOT to buy something we do not need.

Our graphic above outlines the nation’s likely spree.

Spending up to December 24 will be £1.6billion higher than in 2019 and £5billion up on last Christmas, when Covid lockdowns banned many family meet-ups, a study for vouchercodes.co.uk forecasts.

Below, we suggest the best ways to navigate the sea of seasonal sales . . .

Q: DO I need to buy on Black Friday to get the best deals?

A: I’ve heard some are duds.

Nine in ten Black Friday “deals” from shops were cheaper or the same price before the same sales day last year, an investigation by consumer group Which? found.

When The Sun prepares deal round-ups, such as the one appearing in the paper tomorrow, we often spot many “on offer” prices from a shop which are cheaper at a different retailer.

But remember that inflation, and a ten-fold hike in shipping costs from China, are pushing up prices of some items by five to ten per cent compared to earlier in the year.

So although a deal might seem pricier than you expect, it could still be cheaper than elsewhere.

Q: SHOULD I instead wait until next week’s Cyber Monday to buy?

A: If you find the product you want at a price you are happy with, after comparing prices elsewhere, do buy on Black Friday.

But Cyber Monday, straight after the weekend, can see prices on some items fall even further.
BUT I thought Black Friday sales last for only one day?

They used to – but they now last at least a week and sometimes a month.

So do not be pressured by sales assistants in stores saying there is a limited-time offer. Or by countdown timers online saying: “Hurry, buy now!” Avoid falling for these tricks.

Pre-Christmas sales are now ingrained in the retail calendar, so don’t panic if you do not buy on Black Friday – there will be another chance to cash in on a good discount within days.

Q: WHAT about the sales after Boxing Day?

A: If you are not in a rush, these are a good option. This is the other great time of year to bag a bargain.

For Black Friday, retailers and manufacturers spend months negotiating knockdowns to offer shoppers. The same happens for what used to be called the

January sales, but which now start on Boxing Day.

But at this time of year, retailers are also running more clearances, often of items which maybe did not sell that well during the run-up to Christmas, or earlier in the year.

Q: WILL all the deals sell out due to supply- chain problems, if I don’t buy now?

A: No. High-demand items such as the Play-Station 5 are being grabbed off shelves by desperate shoppers, and even Scout uniforms are hard to get hold of at the moment.

But most products will still be available in the run-up to Christmas. Shipments are en route and retailers will receive lorryloads of goods from ports.

Q: HOW should I best prepare for the sales season?

A: Do not be tempted to overspend – which the majority of shoppers do on Black Friday, and later regret, surveys show.

If you need a product and are getting a good price, it is a bargain. If you see something which tempts you, but you do not really need, it is not a necessary expense.

Be strict about your budget. Many would love a pin-sharp 4k 65in Samsung telly but just because it is down from £1,500 to £1,000 is not an excuse to buy something you cannot afford.

Q: SHOULD I compare prices between different retailers?

A: Definitely. Check which offers are available online.

If shopping in store, do not be embarrassed to get your phone out in a shop and compare a product’s price on the web.

That is what savvy shoppers do.

Q: HOW can I easily compare prices for what I want to buy?

A: Use a site such as Idealo or PriceRunner. They monitor prices for you and send you an alert when the price drops.

Or just put the name of the item into Google and search for it. The search engine throws up the best deals in its shopping section, but you can also just browse the general results.

This works on a normal computer and your phone if you are in store.

For example, when I was checking deals yesterday, John Lewis had a Tempur mattress down ten per cent to £1,885 but another firm had it for £1,799.

Q: SHOULD I hit the shops or go online to look for bargains?

A: Black Friday is becoming a web phenomenon – with fewer shoppers on high streets compared to the panicked scenes in previous years as America’s pre Thanksgiving shopping event crossed the Atlantic over the last decade.

It can be easier to compare prices on your computer at home – without the need to jostle other punters in stores.

But the physical shops will have good offers too, and it is good to support your local high street   or   shopping  centre .

Plus, some stores such as Morrisons are only offering deals in store.

So why not check high streets and online?

Q: WHAT about scams that you need to keep an eye out for?

A: Criminals do exploit Black Friday and turn it into one of the worst days of the year for being ripped off online.

Check the website you are looking at is really a retailer and not a scammer.

Look out for the little padlock symbol on your browser before the web address.

If you see a good deal on a website that you have maybe never heard of before, just type the name of the website and “reviews” into Google and see what other shoppers say about their experience.