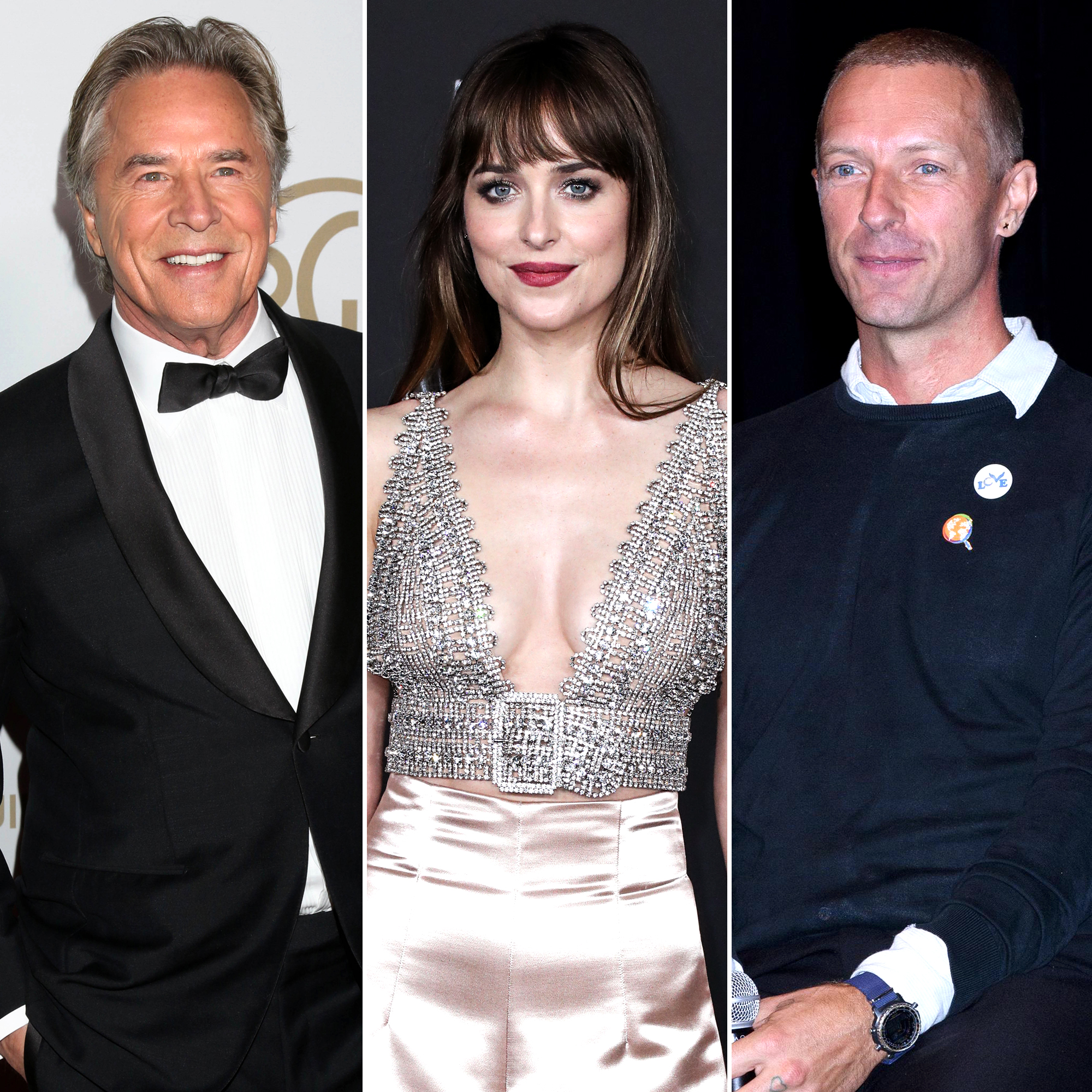 Are Dakota Johnson and Chris Martin taking the next step in their relationship soon? Her dad, Don Johnson, wouldn’t be surprised.

“Listen, if she’s happy, I will be happy and he’s a lovely guy,” Don, 71, said on the Wednesday, November 17, episode of Good Day New York. “And if she decides to get married, I would imagine that there would be grandchildren not too far after that. I would be pretty excited about that part.”

When asked if he has had a “fatherly talk” with the singer, 44, the Knives Out star replied, “We kind of like to wait until they get a little more confident in their position and a little further down the road with each other, and then we have the talk.”

The Coldplay frontman split from Gwyneth Paltrow in 2014 after 11 years of marriage. Their divorce was finalized in 2016, and they continue to coparent daughter Apple, 17, and son Moses, 15. Martin was first linked to the Fifty Shades of Grey star, 32, in 2017, while Paltrow moved on with producer Brad Falchuk, whom she married in 2018.

“I love her,” the Iron Man star, 49, told Harper’s Bazaar in January 2020 about her friendship with the Wounds actress. “I can see how it would seem weird because it’s sort of unconventional. But I think, in this case, just having passed through it iteratively, I just adore her. I always start to think of the ampersand sign — what else can you bring in, instead of being resistant to or being made insecure by? There’s so much juice in leaning in to something like that.”

The “Yellow” singer and the Peanut Butter Falcon star took a break from their relationship in 2019, and Paltrow helped reunite them. “Gwyneth is the one who pushed them to [get back together],” a source told Us Weekly exclusively at the time.

Although Dakota has stayed mostly mum about her relationship with Martin, she did acknowledge the Grammy winner in an interview earlier this month.

“[Post-COVID safety protocols have] been weird,” the High Note star told The Hollywood Reporter. “If I’ve been working, I can’t really be around my parents because they’re older. But my friends and my partner, we’ve been together a lot, and it’s great.”

She also added that the couple binged Netflix’s “intense” series Squid Game. “It’s confusingly f—ked up because it’s joyful at moments and then it’s horrifying. And that’s a really interesting combo,” the Texas native noted.

The duo have also collaborated together, with the actress making her directorial debut earlier this year on Coldplay’s “Cry Cry Cry” music video.