Viewers were shocked by how Game of Thrones‘ penultimate episode ended. After years of believing Daenerys was the savior Queen who would break the wheel and end the game of thrones once and for all, it turned out the cry "Khaleesi is coming to Westeros" was not a promise, but a threat. By the time she was done, King’s Landing was not just defeated, but a smoking ruin reminiscent of some of the most horrific bombing in modern memory. Did anyone see this coming? Did Bran know about the Battle of King’s Landing?

To be fair, there were Starks who were sounding the alarm bells. Both Sansa and Arya got bad vibes from her upon arrival. But neither Arya nor Sansa can see into the past and the future the way their brother Bran does since his transformation into the Three-Eyed Raven. Unlike the Stark Sisters, Bran might have known from the beginning what Daenerys would do and said nothing.

At least, that’s the going theory by some viewers. However, it misunderstands the Three-Eyed Raven is. The show hasn’t been very forthcoming on how the whole greenseer/Three-Eyed Raven stuff works, partly because the books aren’t that forthcoming either. But looking at Martin’s World of Ice and Fire, and matching them up to some of the things Bran has said this season, and it becomes a little clearer. 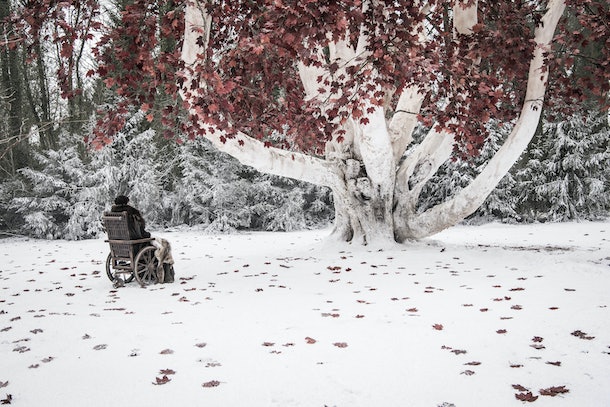 Greenseers have an ability that goes back before the First Men came to the continent. Those with the ability carved the faces into weirwood trees. What the books heavily suggest is that these trees are the way greenseers like Bran can "see" history, because the faces are there to give the seer a place to warg to.

Bran wargs into weirwoods regularly in the books, including during one pivotal scene with Theon. Just before he rebels against Ramsay Bolton, Theon hears the tree (really Bran) "whisper" back.

But the eyes of the trees don’t see the future. They record everything that happens nearby. This makes them excellent conduits to the past. Bran’s visions of Lyanna and Rhaegar’s marriage, for instance, takes place under a weirwood. So does the scene where the first White Walker is made. He’s able to see them because of the trees. 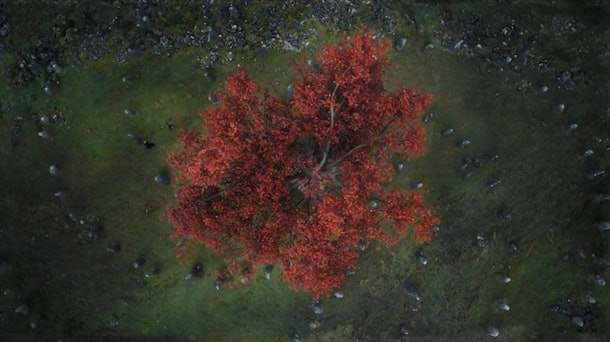 Add that to Bran’s comment to Tyrion "I mostly live in the past," and that aligns with this theory. It’s not that Bran can see the future. Like Jojen, he can dream possible things that could happen in the future. But what he knows is the past.

This also checks out if one considers the knife he gave to Arya. Bran has dreamed Arya could be the one to take down the Night King. But it hasn’t happened yet, and it’s not guaranteed. He can push reality towards it. But he cannot ensure it happens.

The show has indicated Bran has visions of a dragon flying over King’s Landing. But it never shows him seeing the place in ruins. Bran may have a sense something dreadful could happen. But he’s not sure how to stop it. His push to tell Jon his parentage may have been like the knife, a hope of pushing reality towards a better outcome by taking Daenerys out of the picture. But if so, it backfired, big time.