Demi Lovato shared that they gashed their face open and needed three stitches after accidentally smashing their head against a crystal.

“I was picking something up off the floor that I dropped,” Lovato, 29, told guest host Mark Rober on “Jimmy Kimmel Live!” Thursday. “I’m a huge fan of crystals. I have an amethyst that is literally about this tall.”

The “Sorry Not Sorry” singer, who is non-binary and uses she/they pronouns, gestured to the table situated beside them to demonstrate how tall their crystal was.

“It’s just really heavy, and the pieces are sharp. Anyways, I went to bend down and pick something up, and I didn’t see the amethyst, and I hit my head,” they said, adding, “I had to get three stitches in my face.” 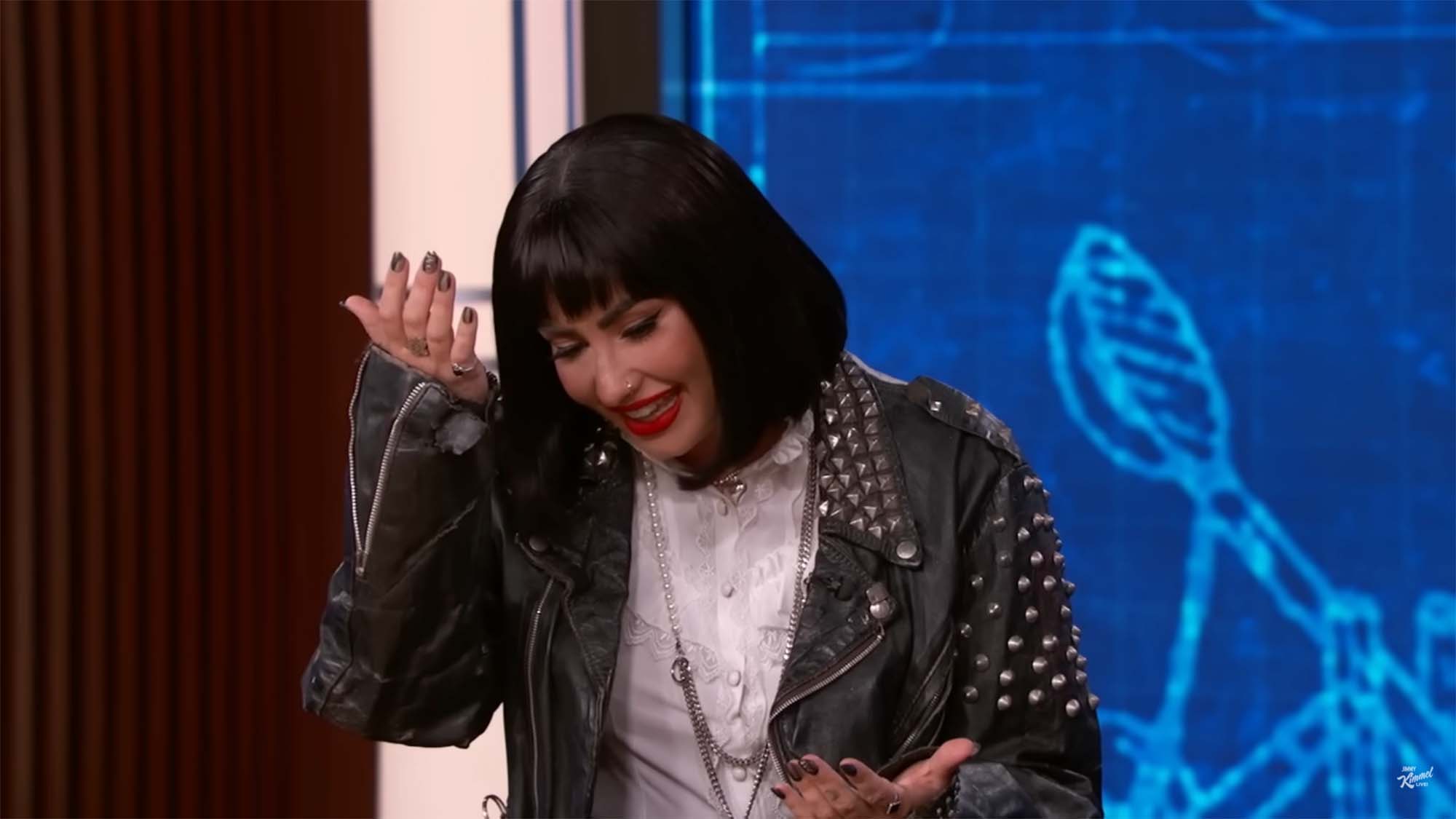 Lovato, who rocked a banged bob on the late-night show to cover their new scar, poked fun at themself for posting about the injury on social media before even telling anyone close to them.

“I did what any sane person would do, and I made a TikTok before I even told [anybody],” they laughed.

In the light-hearted video posted to TikTok Wednesday, the “Substance” rocker showed off the gruesome, bloody gash in between their eyebrows. 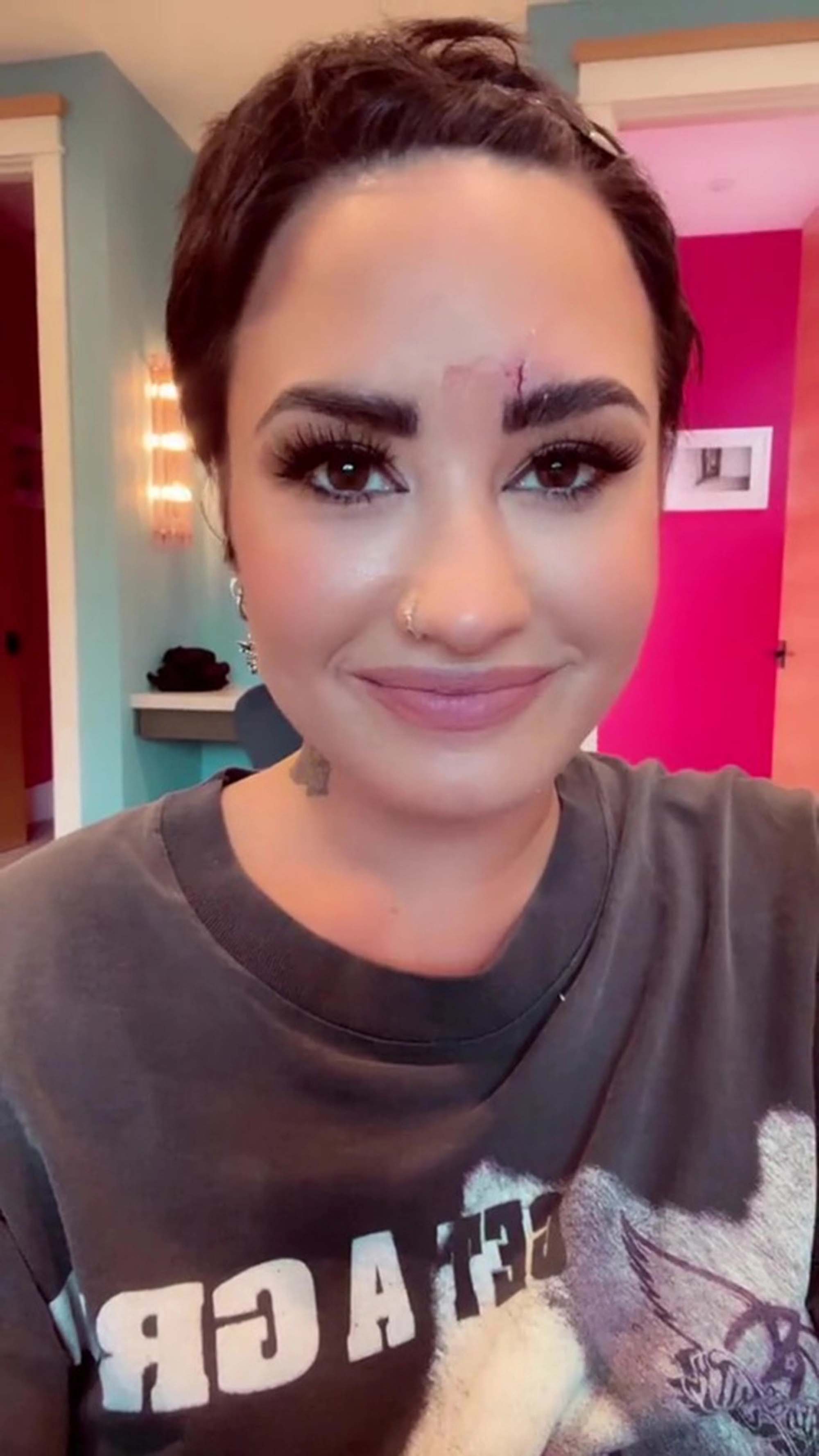 “Guess who hit their head on a crystal and has to get stitches before ‘Kimmel’ tomorrow???” they captioned the clip, in which they mouthed the word “f–k.”

The video was dubbed with a viral TikTok audio that said, “Nobody’s gonna know. They’re gonna know. How would they know?”

Fortunately, Lovato seemed to be in good spirits after the accident and even had on full glam for the post.