Kyla-Drew is the breakout star of Netflix’s ‘Dad Stop Embarrassing Me!’ HL spoke EXCLUSIVELY with the young actress about how Jamie Foxx has inspired her and more.

The new Netflix comedy series Dad Stop Embarrassing Me! stars Jamie Foxx and Kyla-Drew as father and daughter Brian and Sasha Dixon. Sasha comes to live with Brian full-time in the show, which is inspired by Jamie’s relationship with his real-life daughter Corinne Foxx, who serves as an executive producer. HollywoodLife chatted EXCLUSIVELY with Kyla-Drew about playing Jamie’s onscreen daughter and how Corinne was such a pivotal figure for her throughout filming.

“Corinne is such a baddie, literally,” Kyla-Drew told HollywoodLife during the show’s press junket. “We exchanged information the first day that I was on set, and she was very supportive and very open to giving me freedom and creative freedom in terms of the character and storylines. Whenever I just needed anything or had any questions about the character and stories, she was always there.” 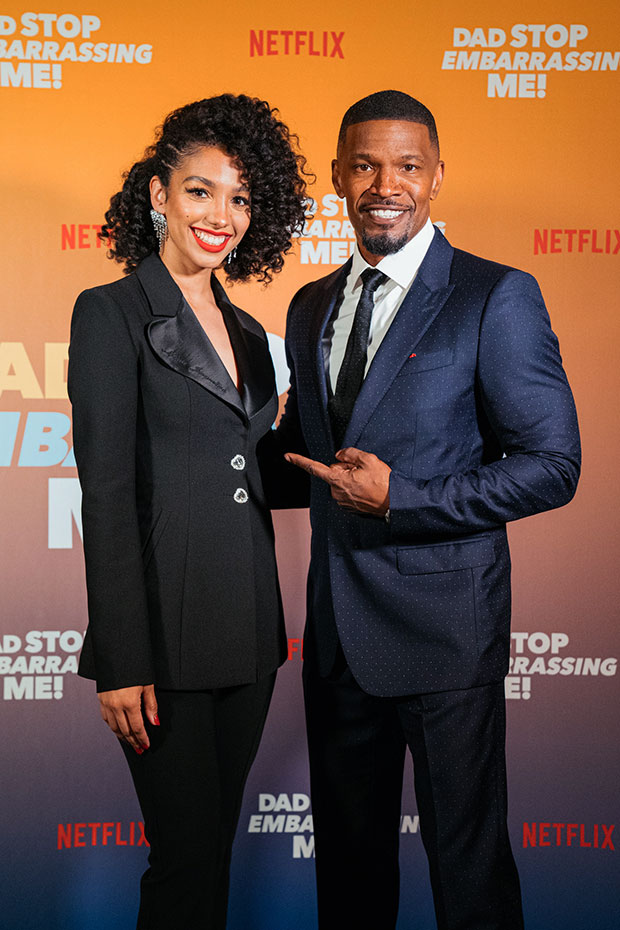 In addition to her Oscar-winning onscreen dad, Kyla-Drew also starred alongside the great David Alan Grier, who plays Sasha’s grandfather Pops. Being on set with two Hollywood greats was not lost on Kyla-Drew. “I’ve learned so much [from them] in terms of acting, but also things personally,” the actress said. “I think a big lesson that they taught me is to hold my own and do not get intimidated. I’m with them because I’m also talented. They consistently reminded me of that throughout the filming process. I think that was the greatest lesson that they taught me was just self-confidence. I’m a GOAT [Greatest of All-Time], too.”

Kyla-Drew noted that the cast meshed together very easily. “As soon as we stepped onto that set, we were all like a family. It was instant chemistry, and I hope that you can see that in the show,” she told HollywoodLife. 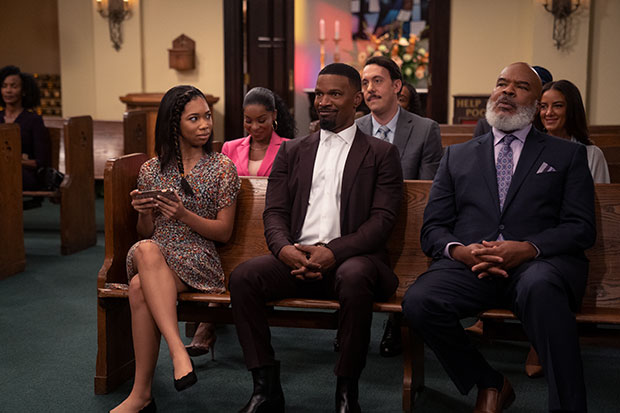 Sasha moves in with her father after the death of her mother. Brian is a successful business owner and a very eligible bachelor. Over the course of the season, Sasha and Brian learn many important life lessons together. Kyla-Drew reveals how Sasha is handling her loss when she first comes to live with her dad. “I think Sasha definitely keeps her emotions in and bottles them up,” Kyla-Drew said. “In terms of her mom’s death, she’s just been keeping her emotions in, and then I think she’s lashing out and taking out her anger on her dad, Pops, Chelsea, and everyone.” Dad Stop Embarrassing Me! is now streaming on Netflix.