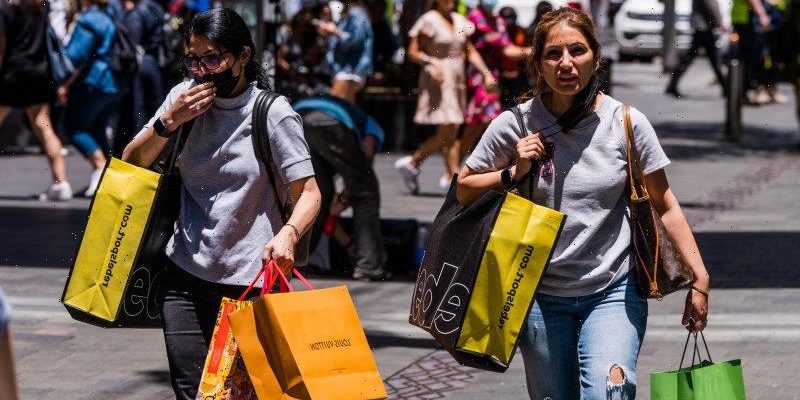 Leading economists are confident Australia can continue recovering from the pandemic despite rising case numbers, provided state and territory leaders do not impose further lockdowns to stop the spread of coronavirus.

The federal government is hoping households and businesses will be willing to spend some of the $400 billion they put away during the pandemic, which would spur the recovery as support measures are withdrawn, vaccination rates climb and the country shifts to living with the virus. 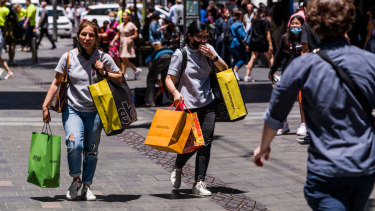 A record jump in COVID-19 cases across the nation this week could see some households limit their spending to maintain a safety buffer of cash as they self-impose restrictions to protect against the virus, but analysts expect there will be an improvement in confidence next year.

Deloitte Access Economics partner Chris Richardson said families needed to have confidence to spend up on goods and services and there had been a “messy” lead-up to the new year.

“You’ve seen quieter Boxing Day sales and as this variant sweeps around Australia and the world, a lot of people will be cautious and that holds back the pace of the recovery,” Mr Richardson said. “But it probably doesn’t derail it.”

He said more signs Omicron was less severe than earlier COVID-19 variants such as Delta would help rebuild confidence to travel and spend on recreation.

Corinna Economic Advisory principal Saul Eslake also expects the rebound to continue in 2022, though he said this time around people were better able to spend saved-up funds overseas and there could be some households who chose to bunker down for longer.

“It’s hard to know, but there is some evidence people are imposing voluntary restraints on their movements, cancelling going out to things,” he said.

But he said households were getting increasingly adept at shifting their spending online and this would offset some declines.

He remained concerned about any “overreaction by governments” to rising case numbers.

“If governments do succumb to the pressure they’re under to re-impose restrictions, that would have a much more negative effect.”

Another economist expecting a shift in spending rather than a significant drop is Grattan Institute economic policy program director Brendan Coates.

“People have been very reluctant to go out to restaurants, to bars, to the cinema with so much community transmission. It’s not clear yet how enduring that impact is going to be, particularly if Omicron turns out to be less dangerous than previous variants like Delta,” he said.

“We’re shifting into a phase where we are learning to live with COVID-19 … It seems reasonably unlikely that we’re going to see large-scale lockdowns in response to Omicron.”

CreditorWatch chief executive Patrick Coghlan said there was uncertainty among businesses about what might happen next, particularly in hospitality, events and the arts. But he said the lull was “short term”.

“The government has made it clear they are reducing the hurdles for business and we’ve just got to learn to live with it,” he said.

Recent Reserve Bank data show a rise in personal credit, up 0.6 per cent in November, and a 1.6 per cent lift in business credit. These strong increases indicate a return to spending.

“To overreact now would hold back the economic recovery, destroying jobs, investment and confidence. We must continue with current reopening measures to ensure that businesses keep their doors open,” Mr McKellar said.

“In responding to the pandemic, the focus has rightly shifted to how the health system is managing those most severely impacted by the virus rather than fixating on the daily case numbers.”