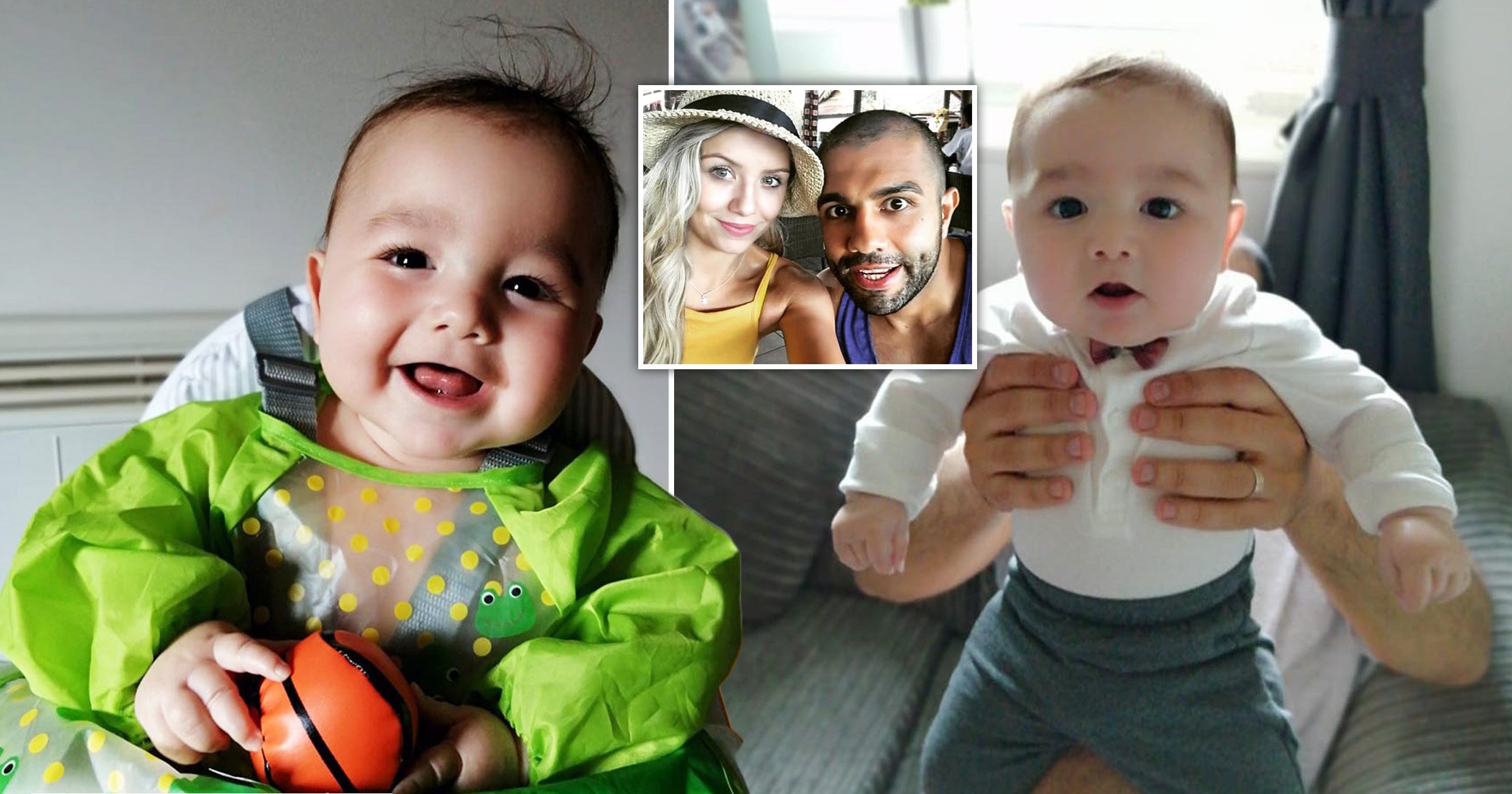 A baby has missed out on receiving the ‘world’s most expensive drug’ from the NHS because he was a week too old.

Parents Mostafa and Tara Aballai were heartbroken when their son, Zakariya, was diagnosed earlier this year with Spinal Muscular Atrophy – or SMA type one – a degenerative genetic condition that causes paralysis and respiratory problems.

Zakariya, who is currently eight months, now has a life expectancy of two years – but a certain type of gene therapy called Zolgensma could extend this. It works by providing a new copy of the gene that makes the human SMN protein.

Widely known as the most expensive drug in the world, Zolgensma costs £1.79million for a single dose and is only effective for children aged two and under.

It’s given to babies by the NHS when they are six months old.

But sadly, Zakariya missed the deadline to qualify for the therapy on the NHS by just one week.

Now the couple are desperate to raise money to fund Zolgensma privately. Otherwise – while they wait for his case to be reviewed by an NHS national multidisciplinary clinical team – they fear their son’s time could run out.

The couple call Zakariya their ‘miracle baby’ – as he arrived after they spent five years trying to conceive.

Mostafa said: ‘We decided to stop trying after five years. We said what will happen will happen.

‘So, when Tara fell pregnant naturally, we both felt like Zakariya was a miracle sent by God or the universe. We felt so lucky.’

However, when Zakariya was four months old, the couple noticed that his movement was not progressing like his peers.

A genetic blood test soon revealed their baby had the most severe kind of SMA type one.

While NHS experts say most children with SMA type one do not survive past the first few years of life, Zolgensma (if administered before the age of two) can help those with the condition lead longer lives, with fewer complications.

However, the fact Zakariya missed out on receiving the drug was another blow for the couple.

Mostafa said: ‘Luckily, in March this year, the NHS approved Zolgensma, but only babies aged six months and under get automatically treated with it.

‘It’s so frustrating, as the doctors are on our side. They all say if they could give the treatment tomorrow, they would.

‘But we have to wait for the clinical team to be assembled and to review Zakariya’s case and we’re terrified that his time is running out.

‘We don’t know how long it could take for the committee to consider our son’s case and, in the meantime, every day he loses more movement.’

If Zakariya is refused treatment, the pair will have to raise £1.9million for this life-saving drug.

Mostafa said: ‘While we’re still hopeful that Zakariya will be approved for it on the NHS, we have to prepare for if it doesn’t happen.

‘And if he does get approved for Zolgensma, then we’ll give the money to another family going through the same heartbreak. There are families with children aged 13 or 15 months who are desperate to go to America for treatment.’

They’ve now launched a GoFundMe page to raise money for treatment – either in the UK or US – in the event they are denied it for free.

Tara adds: ‘The local community have been amazing. We’re so thankful for all the support that everyone has given us and to all the people that have donated to our GoFundMe appeal.

‘I genuinely think he was born to change the world; I think he’s changing the way things are done and making a difference.

‘We can’t imagine a life without him in it, so we’re going to do everything we can to ensure he stays with us.’

To donate go to: gofund.me/ad4d9d5e