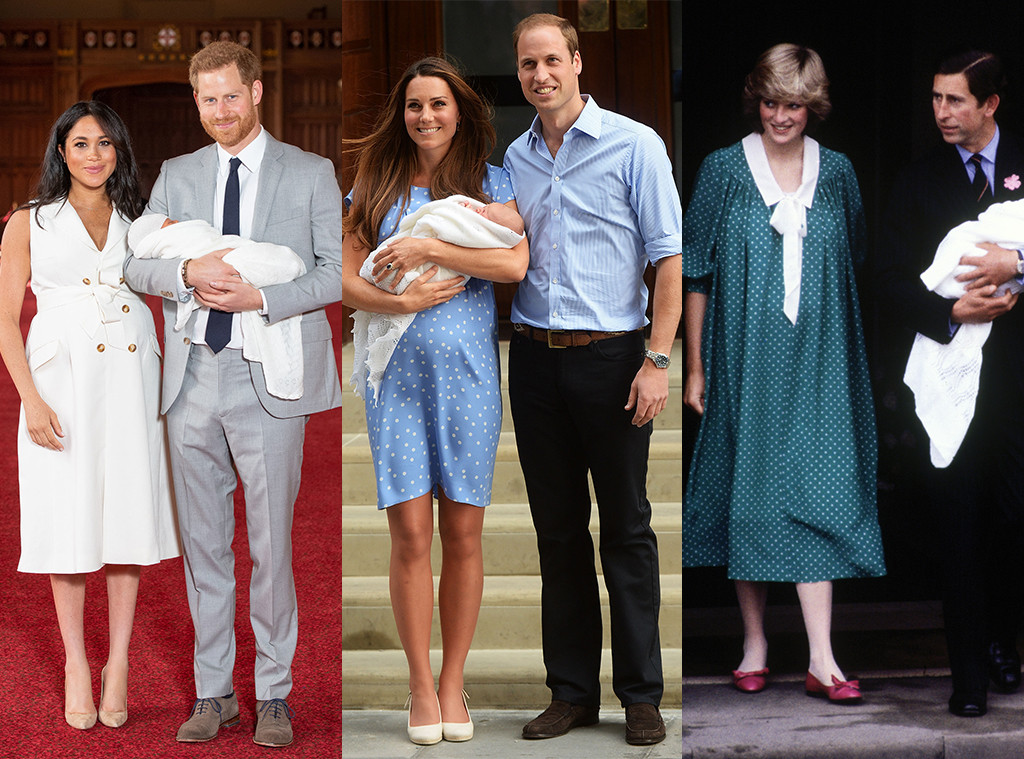 The Duchess of Sussex gave birth to a baby boy on Monday, May 6 and the new parents debuted him two days later inside St. George’s Hall at Windsor Castle near their home, Frogmore Cottage.

Unlike Prince Harry’s brother and sister-in-law, the new parents didn’t make their debut outside the famous Lindo Wing at St. Mary’s Hospital in London—the same place where Kate Middleton gave birth to her and Prince William‘s three kids: Prince George, Princess Charlotte and Prince Louis. Kensington Palace remained mum about Meghan’s birth plans, as they said they would. Although it has not been announced where exactly the duchess gave birth, some people believe she had the baby at Portland Hospital in London.

Meghan’s appearance at Windsor marks her first public one since she went on maternity leave in March and was, as could have been expected, a stylish one. Since the debut of a royal child is historically a highly publicized event, royal enthusiasts can probably recall what famous moms like Markle chose to wear as they appeared on the world’s stage with their little one for the first time.

For the Duchess of Sussex, it was a white, double-breasted sleeveless midi dress tied at the waist and paired with nude pumps. The new mom accessorized with a necklace accented with turquoise beads. The color choice was reminiscent of the white coat by Line she wore the day their engagement was announced. As for the new dad, Prince Harry donned a light gray suit and navy tie.

Meanwhile, sister-in-law Kate and their famed late mother-in-law Princess Diana opted for shades of blue for their first baby debuts.

If the newest royal kiddo is anything like his parents and relatives, good style is definitely in his very near future.

Congratulations again on the royal baby!