By now, you’re well aware Clare Crawley "blew up" The Bachelorette we get it, Chris Harrison) — and that she did so by choosing who’d get her final rose well before the season ended. Just as she’s no ordinary Bachelorette, neither is the bling on her finger. Clare Crawley’s engagement ring from Dale Moss is whopping Neil Lane sparkler that features a radiant cut center stone and two shield cut diamonds, plus 145 smaller round cut diamonds, E! reports. It weighs in at 4.5 carats. What a rock!

When Moss proposed, Crawley joyfully accepted, then quipped, "Put that ring on my finger, I waited a lot of years for this!"

The Nov. 5 episode wasn’t Bachelor Nation’s first glimpse of the ring. On Oct. 19, Page Six published a photo of Crawley wearing what appeared to be a diamond ring on her left ring finger while on a walk around her hometown of Sacramento, California. Naturally, the internet went into a frenzy — but Crawley was quick to try and shut the rumors down. She posted an Instagram of herself wearing what fans now know is a different diamond ring — one that represents a commitment to herself and serves as a reminder to always embody self-love. Page Six reports it appears to be the Miss Diamond Ring Atelier “La Femme” ring, which costs $3,150. 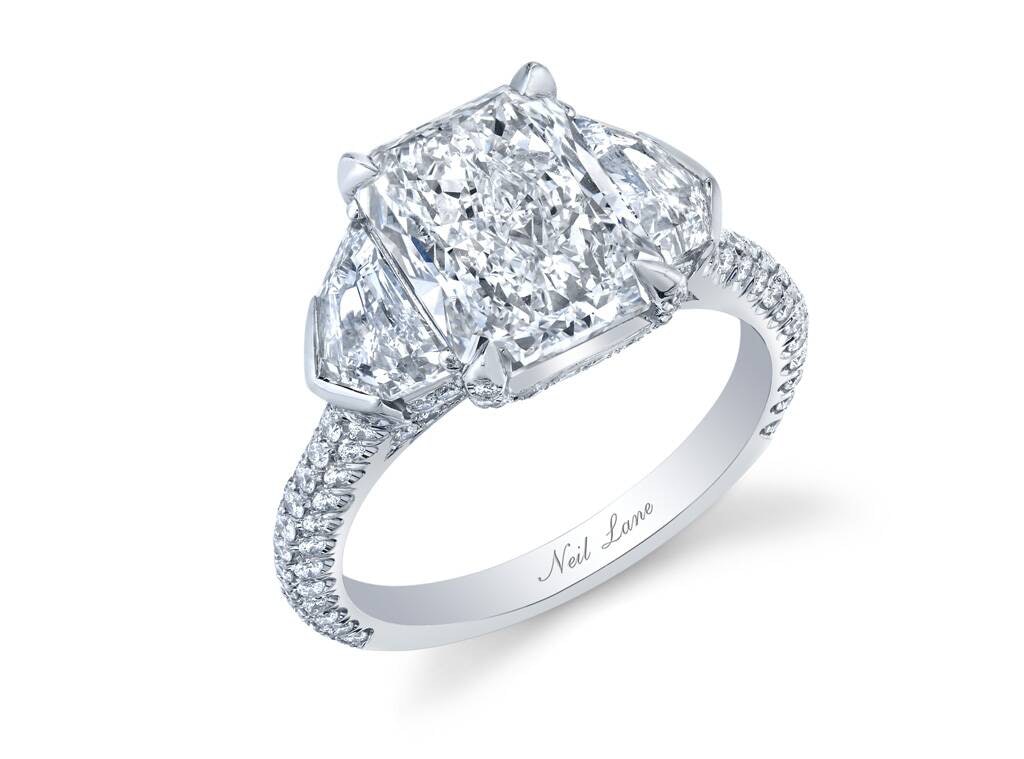 "In the past I found myself getting into relationships where there was little to no reciprocity, and in the end, would feel depleted and empty," she explained on Instagram on Oct. 19. "This is my promise to myself, to make sure I always had enough self-love that no matter what happened, I was committed to loving myself unconditionally, and that is something no man could take away from me."

Crawley was also spotted wearing what appeared to be an engagement ring while outside Target in Sacramento just hours before the Nov. 5 episode aired on ABC.

During an Instagram Live following the happy engagement episode, Crawley explained to fans that she stacks her Neil Lane rock on top of the diamond band she bought for herself — but you shouldn’t mistake it for a wedding band. She and Moss may move fast, but they haven’t tied the knot yet!