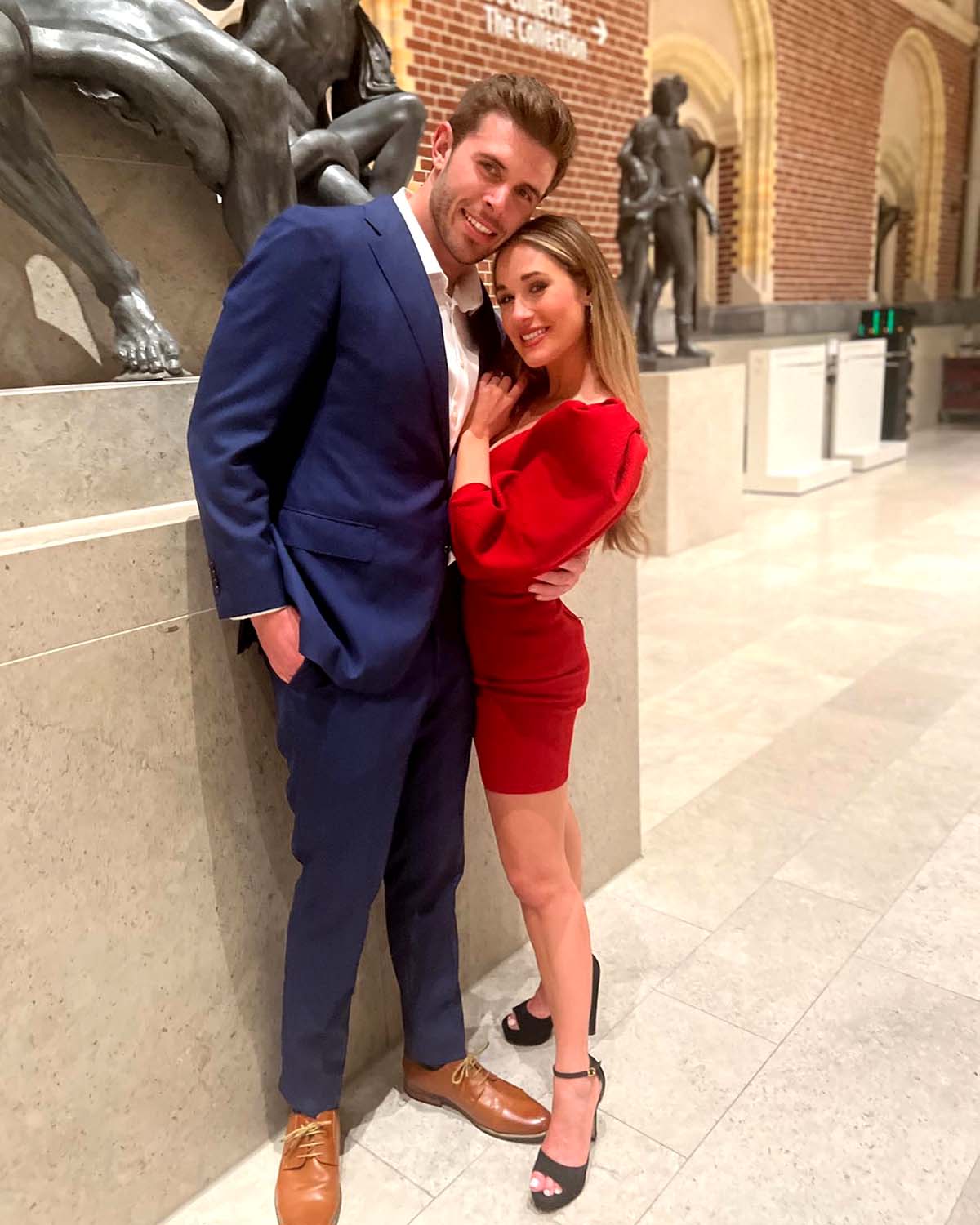 Clearing the air! Bachelor franchise stylist Cary Fetman had some words for trolls after they criticized Rachel Recchia‘s most recent outfit on The Bachelorette.

‘Bachelorette’ Recap: Gabby Windey Down to 3 After She Sends Home Nate, Logan Tests Positive for COVID-19

During the Monday, August 15, episode of the ABC series, Recchia, 26, rocked a red princess-sleeve mini dress for a one-on-one date with Zach Shallcross. While the date proved to be a romantic one with the suitor, 25, admitting he was “falling in love” with Recchia, fans were more focused on the Chicago native’s look.

Viewers hopped on Twitter, sharing their not-so-nice thoughts on the reality star’s vibrant frock. Later in the evening, Fetman entered the chat.

The fashion guru took to Instagram, sharing a carousel of photos of Recchia in the ensemble, which she paired with black platform heels.

“For all that think I hate her let’s just deal with this dress tonight,” Fetman began in the caption. “If you had the once in a lifetime chance to be the Bachelorette; 1: Would you choose having a blast with high fashion clothes that you’d probably never have a chance to wear again? Or 2: a sexy over the top black sequin dress or sexy silk? Vote 1 or 2?”

He added: @Pilot.Rachel on her date with sweet @ZachShall on their date at @fabriquesdeslumieres Klint exhibit. Rachel is wearing a red puff sleeve @azfactory & @charlielapson ruby & diamond earrings.”

Recchia appreciated Fetman coming to her side writing, “I love you!” in the comments section.

Fans also applauded the costumer’s message. “The red dress is definitely the best of the season so far. Loved it!” one social media user said. A second user shared: “I’m loving the looks this season! You rock!” A third expressed: “LOVED this red look — the earrings are *chefs kiss*.”

Another fan wrote: “Gorgeous dress on a gorgeous woman.”

Recchia also addressed the chatter on her own Instagram Story, reposting Fetman’s statement. “One of my favorite dresses! I love you so much @Caryfetman,” she said.

Aside from the fashion drama, season 19 of The Bachelorette has become quite controversial. Many Bachelor Nation members aren’t thrilled with the dual lead format.

Alongside Recchia, Gabby Windey is also looking for love.

“They’re told that people are gonna come in and want to date them, and they get to decide who they’re falling in love with,” Nick Viall, season 21 Bachelor, told Us Weekly on August 4. “And then when that doesn’t happen and someone is switching sides, it can really mess with their psyche. I think it’s obviously becoming a different show.”

From Alex Michel to Katie Thurston: Former ‘Bachelor’ and ‘Bachelorette’ Leads: Where Are They Now?

Kaitlyn Bristowe, who appeared on season 19 of the Bachelor, echoed similar sentiments.

“I started off being really angry watching it and frustrated and feeling like the show was going backward,” she admitted on Us Weekly’s “Here for the Right Reasons” podcast on August 9. “I love that you’re saying, ‘We’re going to show a beautiful female friendship that’s empowering.’ Love that. But there’s no chance that it’s not going to end with them getting pitted against each other. Whether that’s planned or not, it’s going to happen because you’ve got two really incredible, beautiful, intelligent women up there.”