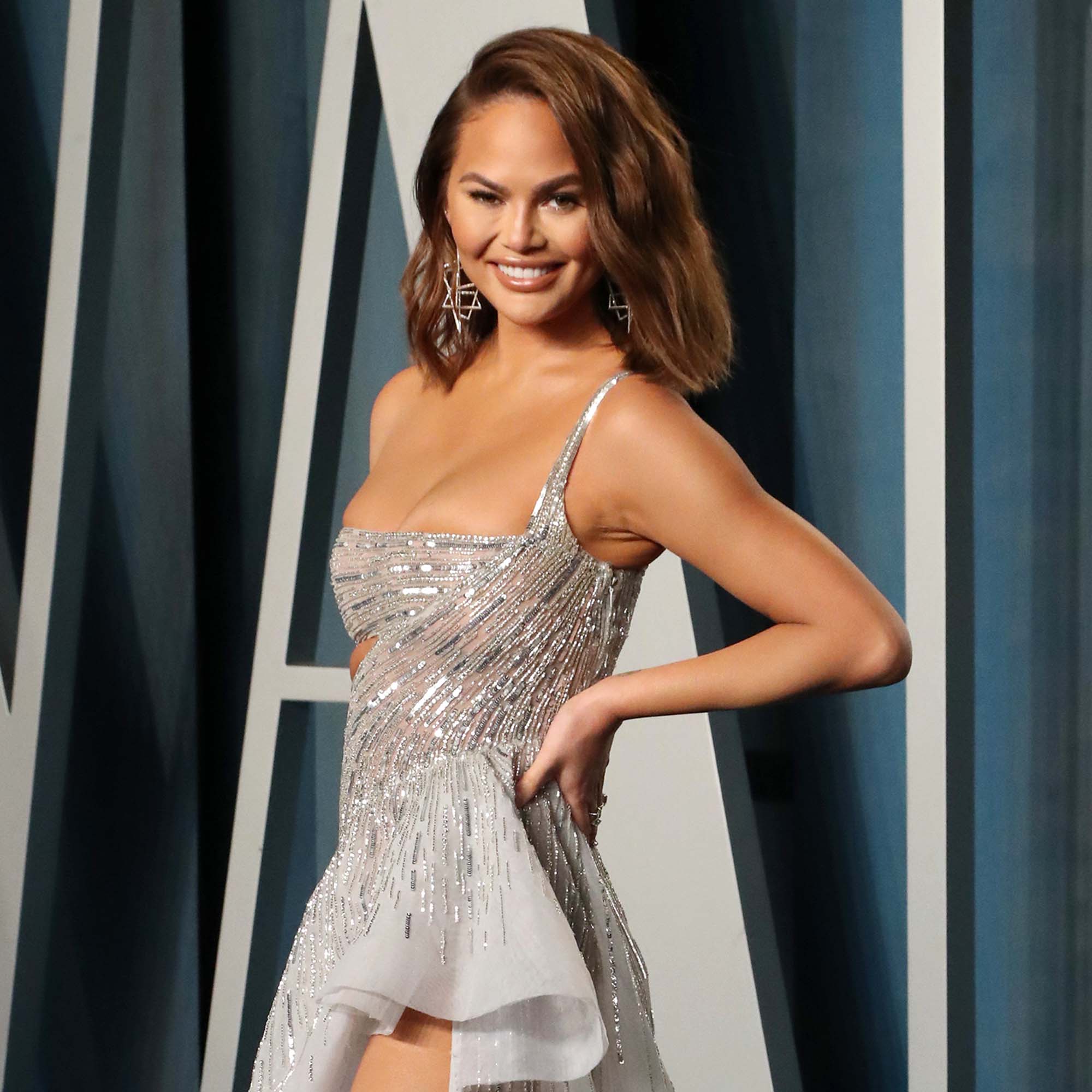 Finding the humor. Chrissy Teigen is rocking some awkward tan lines after wearing a swimsuit with cutouts — but the model was more than happy to show off the end result.

Stars Who’ve Hit Back Against Body-Shamers

“This is great,” Teigen, 36, captioned an Instagram Story snap of her posing topless in a bathroom on Monday, April 18. The photo showed the Utah native covering her breasts and featured a scar from her past breast implant removal surgery.

The cookbook author previously opened up about getting breast augmentation surgery amid her growing career. “It was more for a swimsuit thing,” the Sports Illustrated model told Glamour UK in March 2020. “I thought, if I’m going to be posing, laid on my back, I want them to be perky!” 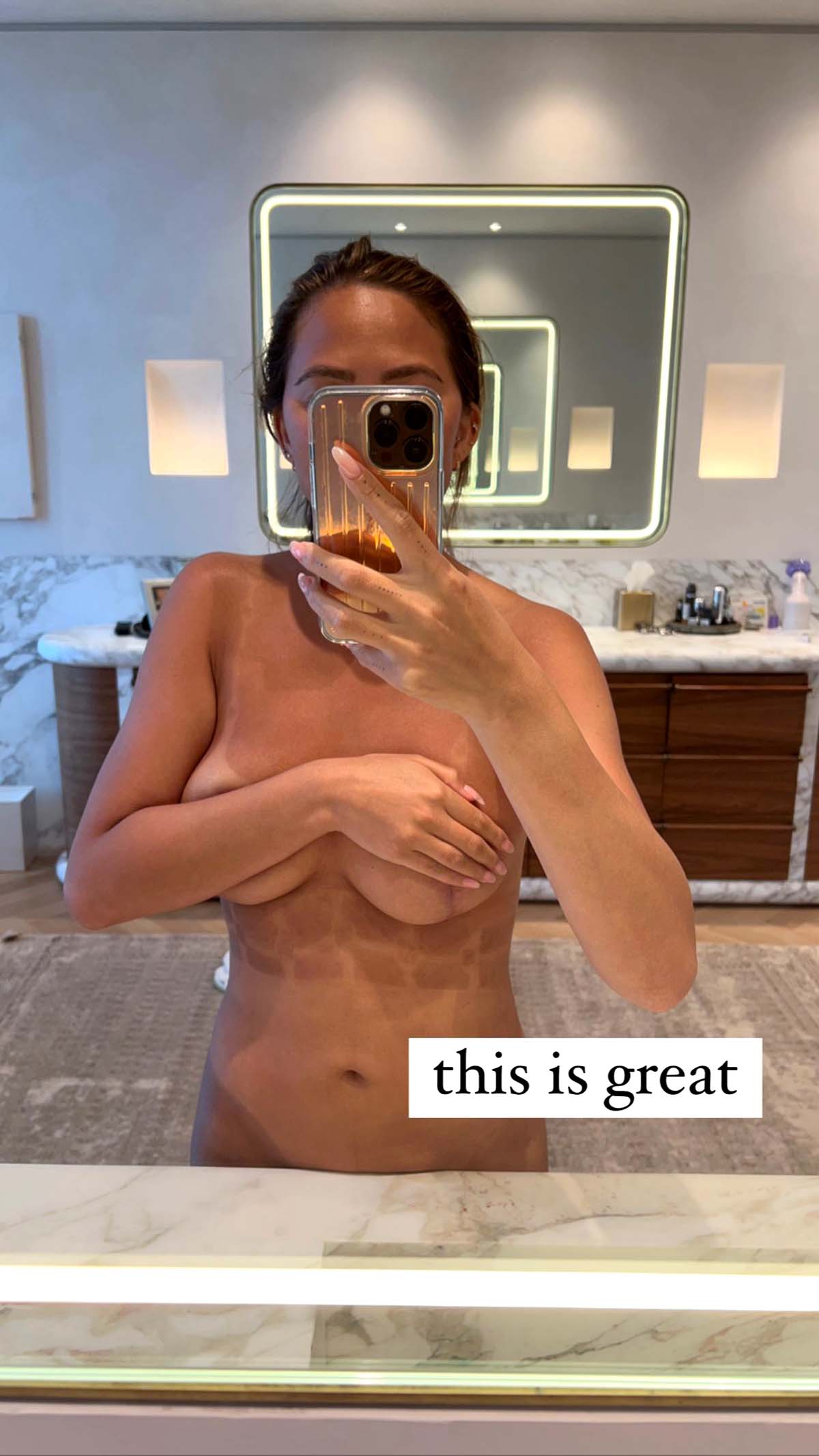 Teigen found herself reconsidering the decision after expanding her family with husband John Legend. The couple, who tied the knot in 2013, share daughter Luna, 5, and son Miles, 3.

Celebrities Who Admitted They Got Plastic Surgery

For the TV personality, becoming a mother created issues when it came to breast-feeding with implants. “Then you have babies and they fill up with milk and deflate and now I am screwed,” she recalled during the interview. “But I want them out now. If I could do one thing, it would be to have a lift.”

At the time, Teigen clarified that the plastic surgery didn’t enhance the size of her breasts. “Honestly, I kept them the same cup size. I just filled them out, so they are rounder and firmer. I had a quarter ‘teardrop’ cup in the bottom and filled out the breast line,” she explained.

Celebs Who’ve Had Their Breast Implants Removed — and Why

Two months later, the Lip Sync Battle host announced that she removed her implants after more than a decade. “They’ve been great to me for many years but I’m just over it,” she wrote via Instagram in May 2020, adding that she’d “like to be able to zip a dress in my size” and “lay on my belly with pure comfort.”

Teigen continued to be candid about the procedure by showing off her scars after “nobody” believed that she went under the knife. “A few of my friends keep having to tell people that I really got my implants out because nobody believes it,” the Chrissy’s Court alum said in an Instagram Story video in July 2020. In the snap, Teigen lifted up her bikini to show the vertical scars under her nipples, noting, “These are the scars.”