The ruling Communist Party criticized H&M for saying in March 2020 it would stop buying cotton from the northwestern Chinese region. The Swedish retailer joined other brands in expressing concern about reports of forced labor there. 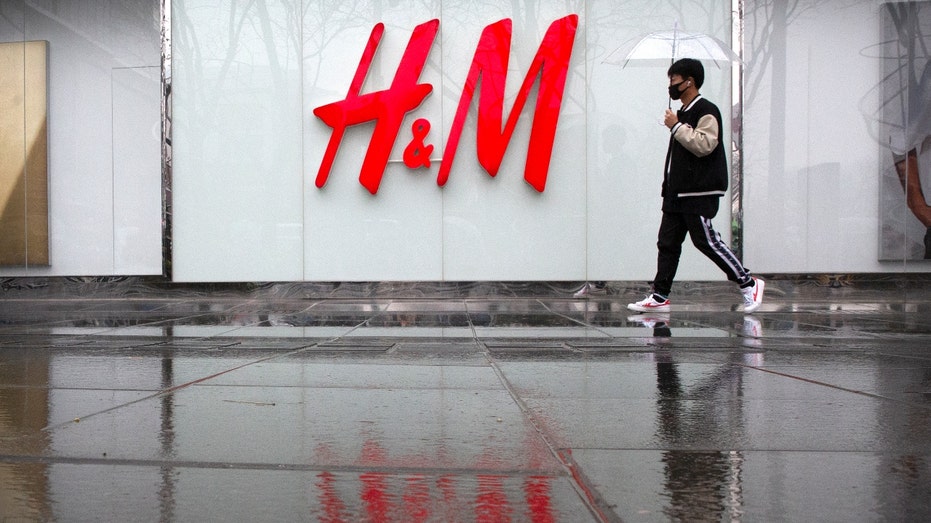 A man carrying an umbrellas walks past an H&M clothing store at a shopping mall in Beijing, Friday, March 26, 2021. (AP Photo/Mark Schiefelbein)

“For enterprises that touch the bottom line of our country, the response is very clear: don’t buy!” China Central Television said on its social media account. It said the ‘H’ and ‘M’ in the Swedish name stood for Chinese words meaning lie and falsehood.

The attacks follow Monday’s decision by the 27-nation European Union, the United States, Britain and Canada to impose travel and financial sanctions on four Chinese officials blamed for abuses in Xinjiang.

More than 1 million people in Xinjiang, most of them from predominantly Muslim ethnic groups, have been confined to work camps, according to foreign researchers and governments. Beijing denies mistreating them and says it is trying to promote economic development and stamp out radicalism.

“The so-called existence of forced labor in the Xinjiang region is totally fictitious,” said a Commerce Ministry spokesman, Gao Feng. He called on foreign companies to “correct wrong practices” but did not say what they were expected to do.

Celebrities including Wang Yibo, a popular singer and actor, announced they were breaking endorsement contracts with H&M and Nike. 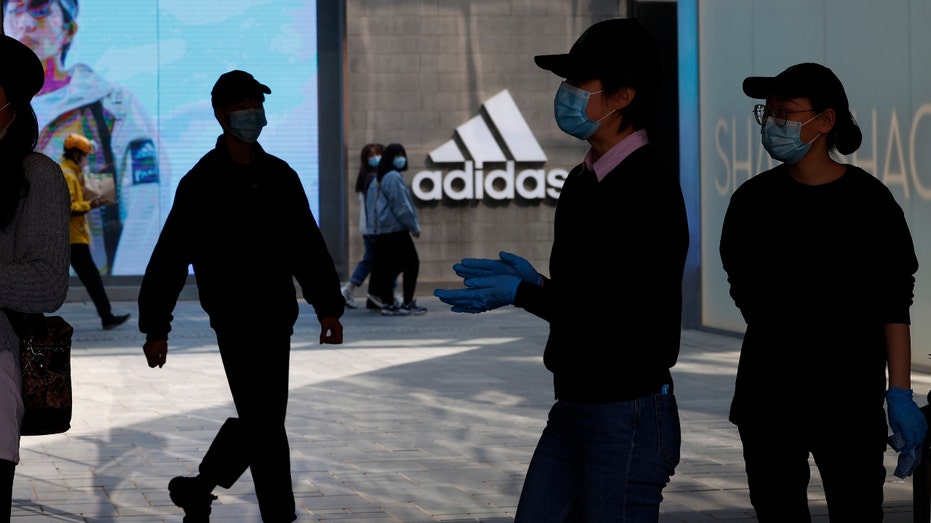 H&M products were missing from China’s most popular e-commerce platforms, Alibaba Group’s TMall and JD.com. News reports said they were removed due to public criticism over its Xinjiang statement. The companies didn’t respond to requests for comment.

Beijing often attacks foreign clothing, auto, travel and other brands for actions by their governments or to pressure companies to conform to its official positions on Taiwan, Tibet and other sensitive issues.

Companies usually apologize and change websites or advertising to maintain access to China, one of the biggest global markets. But Xinjiang is an unusually thorny issue. Western brands face pressure at home to distance themselves from possible abuses.

A loss of sales in China, the only major economy where consumer spending has rebounded to above pre-pandemic levels, can be especially painful at a time when U.S. and European demand is weak. 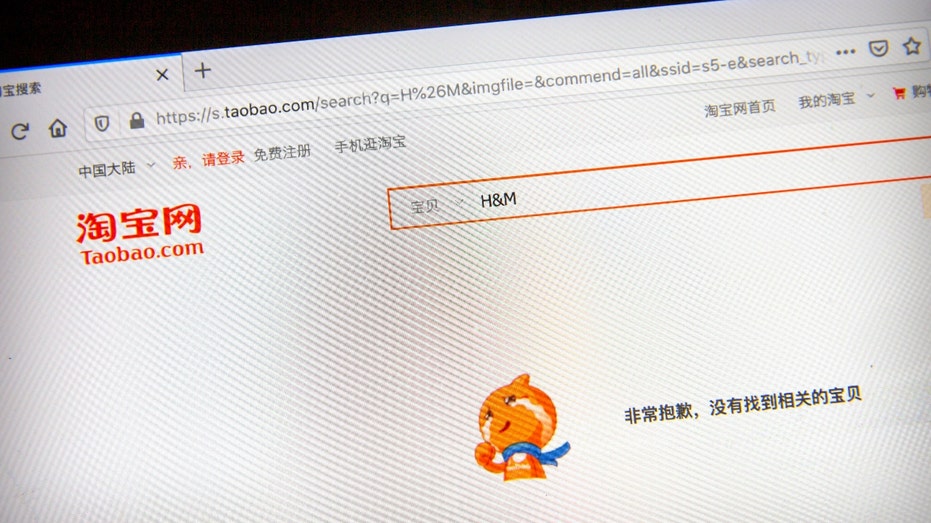 The Chinese e-commerce site Taobao displays the message “Sorry, no related items were found” when searching for products from clothing retailer H&M, as seen on a computer screen in Beijing, Friday, March 26, 2021. (AP Photo/Mark Schiefelbein)

The company said it deals with 350 Chinese manufacturers to make products that “comply with the principles of sustainable development.” H&M said it “is committed to long-term investment and development in China.”

Brian Ehrig, partner in the consumer practice of global strategy and management consulting firm Kearney, said it is likely that roughly 60% to 70% of H&M’s raw materials, like fabrics, come from China. He said that if H&M is cut off, it will be much harder for the company to get access to these materials and could mean higher prices and production delays.

H&M had 520 stores and $1.4 billion in sales in China in 2019, the last year for which annual figures have been reported. China is its third-largest market after Germany and the United States.

The criticism began when the ruling party’s Youth League on Wednesday called attention to last March’s H&M statement on its social media account. It gave no indication why it singled out the company or an explanation for citing a year-old statement.

The Global Times said Burberry, Adidas, Nike and New Balance also made “cutting remarks” about Xinjiang cotton. A separate Global Times report cited what it said was a statement by Zara that it had a “zero-tolerance approach towards forced labor.” 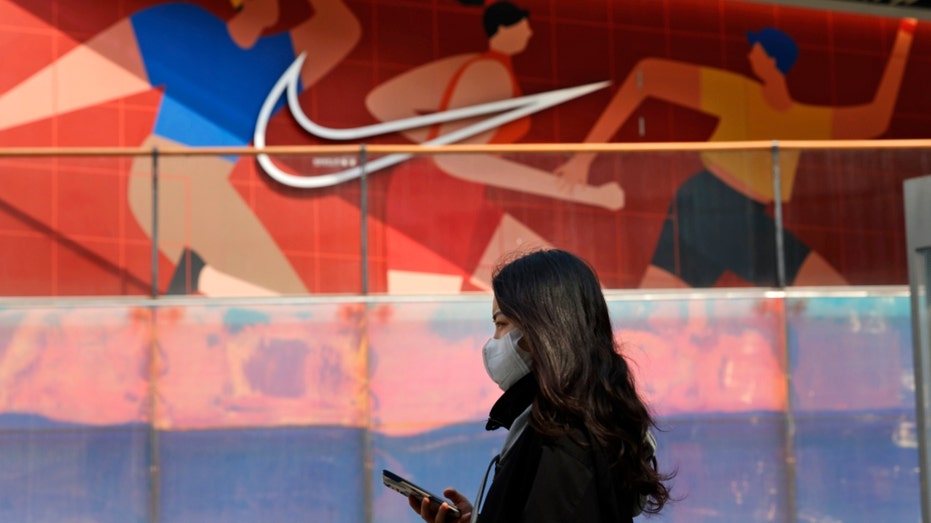 H&M’s statement last year cited a decision by the Better Cotton Initiative, an industry group that promotes environmental and labor standards, to stop licensing Xinjiang cotton because it was “increasingly difficult” to trace how it was produced. In September, H&M announced it would stop working with a Chinese manufacturer that was accused of using forced labor in a unit unrelated to the Swedish brand.

In January, Washington imposed a ban on imports of cotton from Xinjiang, a major supplier to clothing producers for Western markets.

China’s official outrage has focused on Europe, possibly because relations with the EU had been amicable amid rancor with Washington over trade disputes and accusations of Chinese spying and technology theft.

Official criticism of H&M reflected that tone of grievance at being hurt by a friend.

“How can H&M eat Chinese rice and then smash China’s pot?” state television said in a commentary Wednesday.

Comments on the internet cited clothing brands Uniqlo of Japan and The Gap of the United States as other possible offenders. It was unclear how many of those accounts were members of the public and how many were run by the ruling party’s vast propaganda apparatus.

The pop star Wang’s announcement that he was quitting as a Nike “brand ambassador” didn’t mention Xinjiang. It said he “firmly resists any words and actions that pollute China.”

Others including singer and actress Song Qian, a former member of Korean pop group f(x) who also is known as Victoria Song, and actor Huang Xuan, who announced they would end endorsement contracts with H&M. Actress Tang Songyun said she was breaking ties with Nike.

Chinese athletic shoe brand ANTA announced it was pulling out of BCI, the industry cotton group.