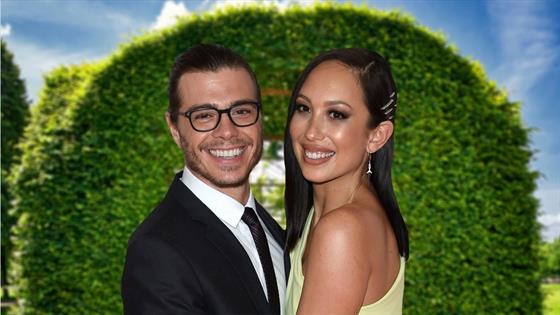 The 35-year-old Dancing with the Stars pro has married the 39-year-old actor, a source confirmed to E! News. Adding, that the two said their own vows and cried during the special ceremony.

The couple tied the knot on Thursday, May 23 at the Fairmont Grand Del Mar in San Diego, Calif. with their closest family and friends in attendance. Famed celebrity party consultant Mindy Weiss helped plan the picture-perfect wedding and actress Leah Remini served as Burke’s maid of honor.

For the pro dancer’s big day, she lit up the room in an off-the-shoulder A-line gown that featured a sweetheart neckline and billowing bottom. She accessorized with a statement pearl necklace and dainty bracelets. Additionally, she donned a long tulle veil.

The ABC star’s bridal beauty look was just as dazzling as her dress. She went the glam route (although, it wasn’t too over-the-top) and opted for nude lips, a subtle contour and a smoldering smoky eye. As for her hair? She kept things simple, as she styled it slick-straight and parted it in the middle for the special occasion. 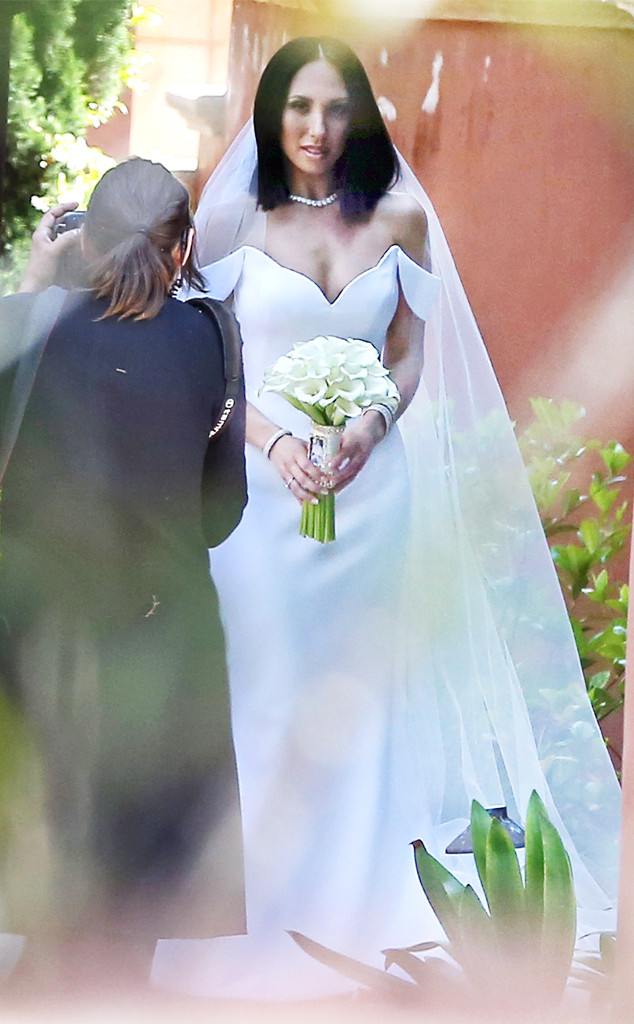 Leading up to her and Lawrence’s big day, Remini threw her a bridal shower in March. The 35-year-old pro dancer celebrated with her closest friends and family.

“Words cannot fully express how thankful I am for you opening up your heart and gathering my family and friends today,” Burke wrote in a lengthy, heartfelt Instagram caption about the 48-year-old actress. “I am overflowing with gratitude and appreciation.”

If you look back at her pictures, her bridal shower ensemble looks similar to her bridal gown. Featuring a sweetheart neckline and soft fabric, it’s almost as if she hinted what her dress would look like on her wedding day!

Last month, Burke told E! News about how she planned to pay tribute to her late father, Stephen Burke during the wedding. He sadly passed away last year.

For the ceremony, she said she was “going to have an empty seat for my dad with a picture of us.” In addition, she shared that her dad loved Frank Sinatra, so she wanted to dance to one of the crooner’s songs during the reception. 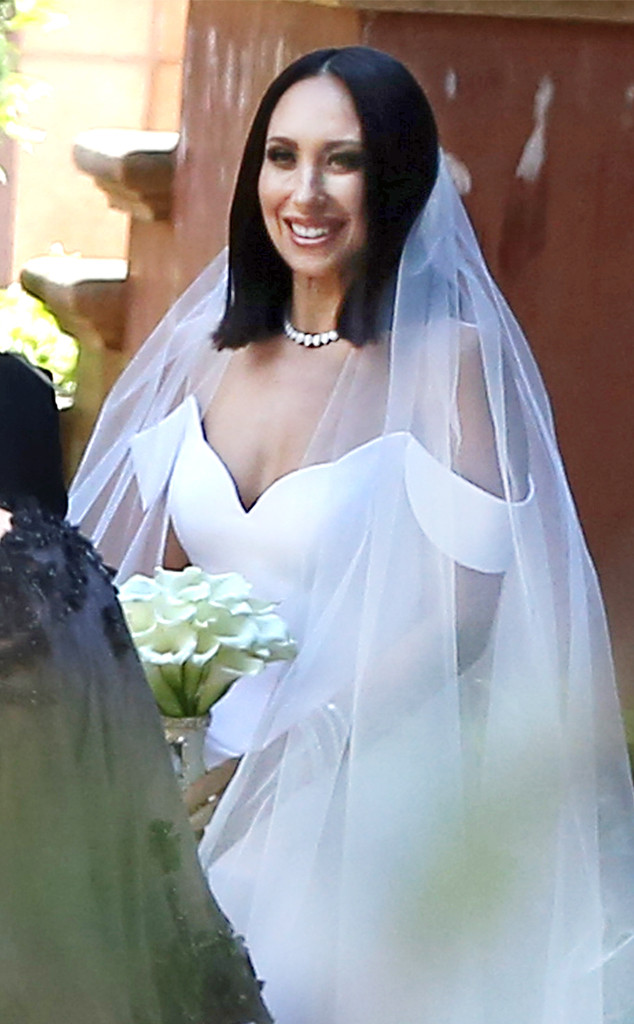 Burke and Lawrence met in 2006 through his older brother and fellow actor Joey Lawrence, who was a contestant on Dancing With the Stars‘ third season. The couple initially dated for about a year before calling it quits in 2008. In 2016, Burke’s family, who had become fond of the actor, persuaded her to reach out to Lawrence over Christmas.

“My sister and my family used to love Matt,” Burke told Yahoo! Lifestyle. “My sister basically took my phone and started the text message. I didn’t think he was going to respond at all.”

He did, and the two rekindled their romance in 2017. In May 2018, Burke and Lawrence announced their engagement.

“We never ran into each other once, which is so weird, in the decade that we didn’t see each other. It just feels right. Older. Wiser,” Burke told E! News last year, joking, “A lot older.”

Congrats to the newlyweds!