Cellphone video shows the officer shooting at the departing car.

An 18-year-old mother has been left brain dead after a school safety officer shot her in the back of the head, her family says.

Mona Rodriguez, who has a 5-month-old son, was reportedly driving away after a fight with a 15-year-old girl, when the officer opened fire. Rodriguez was in the passenger seat; the 20-year-old father of her child, Rafeul Chowdhury, and his 16-year-old brother were also in the car at the time. Neither male was hurt. 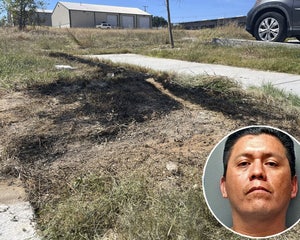 The shooting, which occurred near Millikan High School in Long Beach on Monday afternoon, was captured by a witness on cellphone camera, and obtained by KTLA; it appears to show the officer approach the stopped car’s passenger-side window.

The car suddenly turns right and speeds off past him, when at least two shots are fired at the departing vehicle.

“He has his gun!” the witness can be heard exclaiming. “No! Get down!” she screams as the shots ring out.

Police say Rodriguez was involved in a fight with another girl near Spring Street and Palo Verde Avenue; they are investigating the possible involvement of the other two males in the car. According to Chowdhury, the officer saw the fight and told the girls he would pepper spray them if they didn’t stop — which they did. He said the officer made no further warnings after that.

“All we did is just got in the car and left,” he said. “He never told us to stop anytime soon, and the way he shot us, it wasn’t right.”

The officer has been placed on administrative leave pending an investigation, according to school authorities. The officer, who has not been identified, told investigators it appeared to him that Rodriguez was assaulting the 15-year-old girl.

Speaking alongside the Rodriguez family on Wednesday, civil rights activist Najee Ali called for the officer to be arrested.

“There’s no excuse, no justification for this officer shooting in the back rear-side passenger window of a car with a woman who’s unarmed. In fact, everyone in the car was unarmed,” he said. “And the fact is, he shot at someone in the passenger seat with no regard for anyone’s life in the car.”

Rodriguez’s family say she is brain dead with no hope of recovery; she is being kept on life support only long enough for her loved ones to say goodbye.

“Today I just want justice for my girl, my baby momma, my love of my live that I lost, that I can’t get back ever again,” her tearful boyfriend said. “I don’t even know what to tell my five-month-old son.

He said he and his girlfriend had been trying for a baby for some time.

“And now we do, and now she’s gone,” he said. “I just got to step up now and play the mother and the father role, and keep my son strong.”

“She was smart, beautiful, loving and anyone who knew her knew how big her heart was, how full of life she was and how much she loved her family but most especially her son who was her entire life, pride and joy.”

“Mona I promise you we wont let your son forget you. Everyday we will remind him of you and tell him how much you loved him and how he meant the world to you.”

Long Beach Unified Superintendent Jill Baker told KTLA the district’s school safety officers are “highly trained and held accountable to the established standards in their profession,” and the officer involved will be judged against those standards as the shooting is investigated.